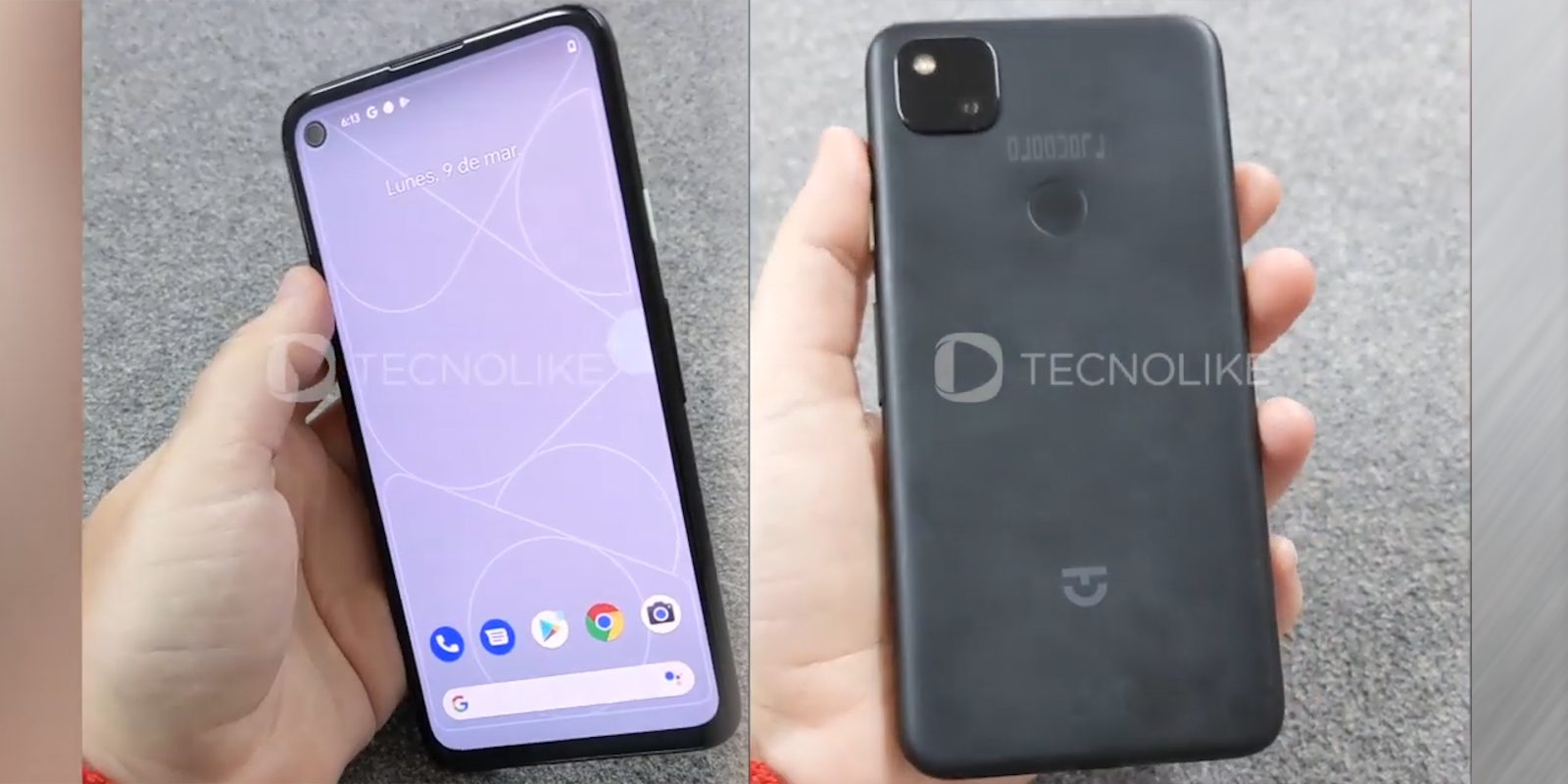 The upcoming Pixel 4a appears to have leaked in a hands-on video showing a late-stage prototype of the upcoming Google-made budget smartphone in the flesh.

We recently saw some reasonably sketchy low-res images but this hands-on video has surfaced courtesy of TecnoLike Plus and gives us a far greater look at the upcoming handset. The video showcases the new design with that smudge-laden matte plastic black back casing, which also includes a rear fingerprint scanner.

We also get to see Android 10 running briefly on the device too, with the upper left notch looking fairly prominent. It also looks as though it will have a significant black border, somewhat like you see on some LCD panels with the cutout. The 5.81-inch display is, as expected, FHD+ with 1080 by 2,340-pixel resolution at 443 ppi. It’s also worth noting that the screen appears to have a 60Hz refresh rate — not 90Hz — which is highly likely if the pricing is set to be “competitive.”

Running the AIDA64 app, we can see that “sunfish” or the Google Pixel 4a will pack in the Snapdragon 730 chipset, which will be backed by 6GB of RAM, and 64GB of non-expandable internal storage. It also looks as though the Pixel 4a will come with a 3,080mAh cell — which is small but the lower resolution display should help reduce power draw.

We also get to see the camera app in action just for a moment, which is in the 12-megapixel flavor. It’s not clear if this is the same main sensor as found in the Pixel 4 and 4 XL though. TecnoLike confirms that 4K video recording will be possible but does not mention potential framerates — although we’d expect it to be capped at 30fps.

As with the previous leaks, there does appear to be dual SIM support, although again, it’s not clear if this is aided by eSIM or a dual-SIM tray. Unfortunately, the video does not show the Pixel 4a SIM tray.

The clips are so brief that we don’t get an extended look at the headphone jack on this model but it’s there as per the previous leaks. Although we do get a closer look at the earpiece speaker, which was not particularly obvious in the recent hands-on images.

While this is the first glimpse of what appears to be a Pixel 4a prototype on video, we expect more information and updates to surface over the coming weeks. Given the recent leaks, what do you think of the potential Pixel 4a so far? Let us know down in the comments section below.