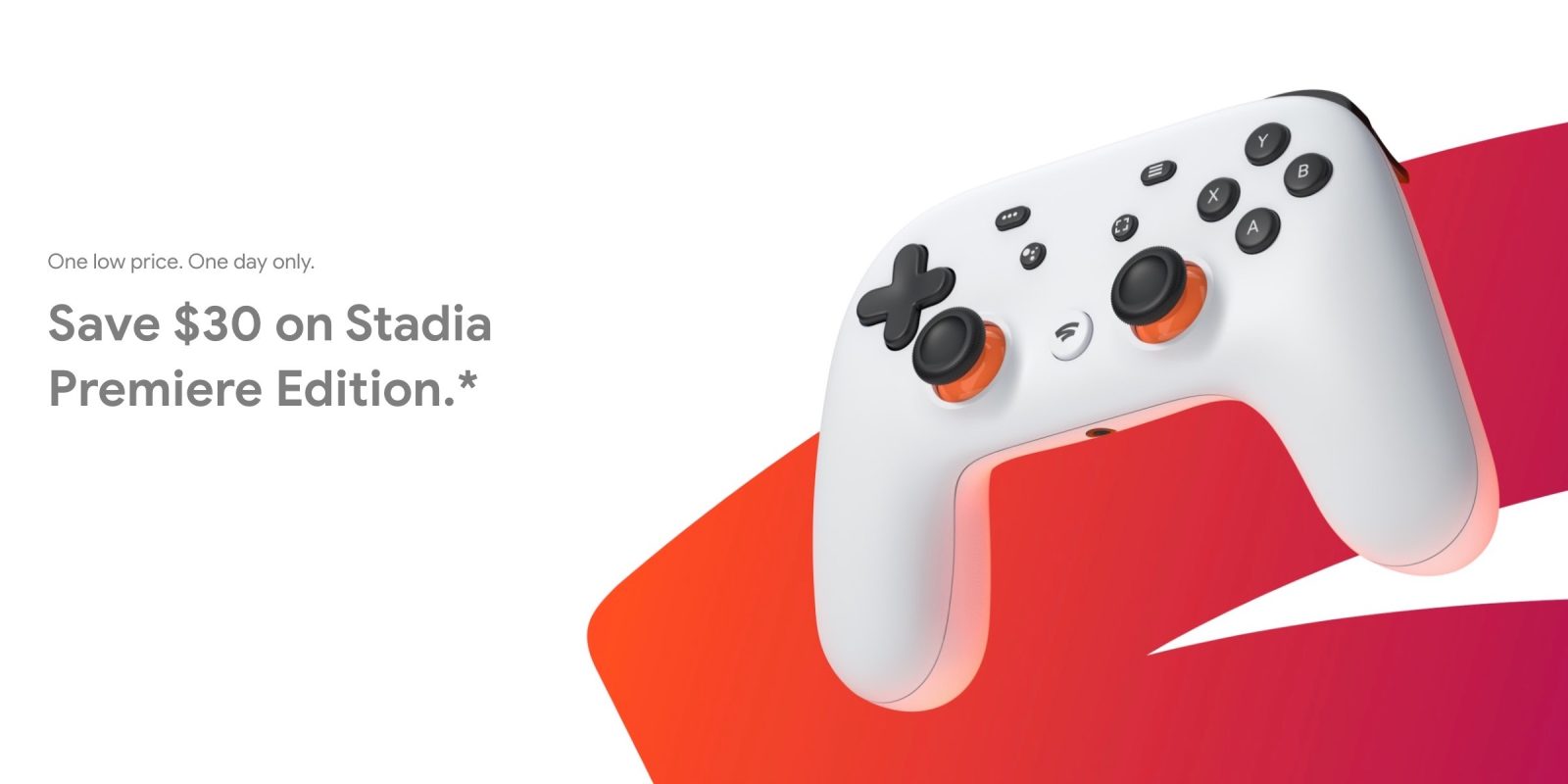 To mark the launch of Doom Eternal, Google this evening discounted Stadia Premiere Edition to $99. This is the game streaming service’s first-ever direct hardware sale.

Stadia Premiere Edition includes a Clearly White Stadia Controller, Chromecast Ultra, and three months of Stadia Pro. The Made by Google accessory and streaming dongle are normally $69 each, while the subscription totals $29.97.

This is Google’s first discount on Stadia since it launched in November, though there was a bundle with Nest Wifi over Black Friday. Other than a Buddy Pass, Premiere Edition is still the only way to access the service today.

This Stadia Premiere discount coincides with Doom Eternal’s launch at $59.99 for Standard and $89.99 for the Deluxe Edition.

Hell’s armies have invaded Earth. Become the Slayer in an epic single-player campaign to conquer demons across dimensions and stop the final destruction of humanity. The only thing they fear… is you. Experience the ultimate combination of speed and power in DOOM Eternal – the next leap in push-forward, first-person combat. Armed with a shoulder-mounted flamethrower, retractable wrist-mounted blade, upgraded guns and mods and abilities, you’re faster, stronger, and more versatile than ever. And enter BATTLEMODE, the new 2 versus 1 multiplayer experience where a fully-armed DOOM Slayer faces off against two player-controlled demons, fighting it out in a best-of-five round match of intense first-person combat.