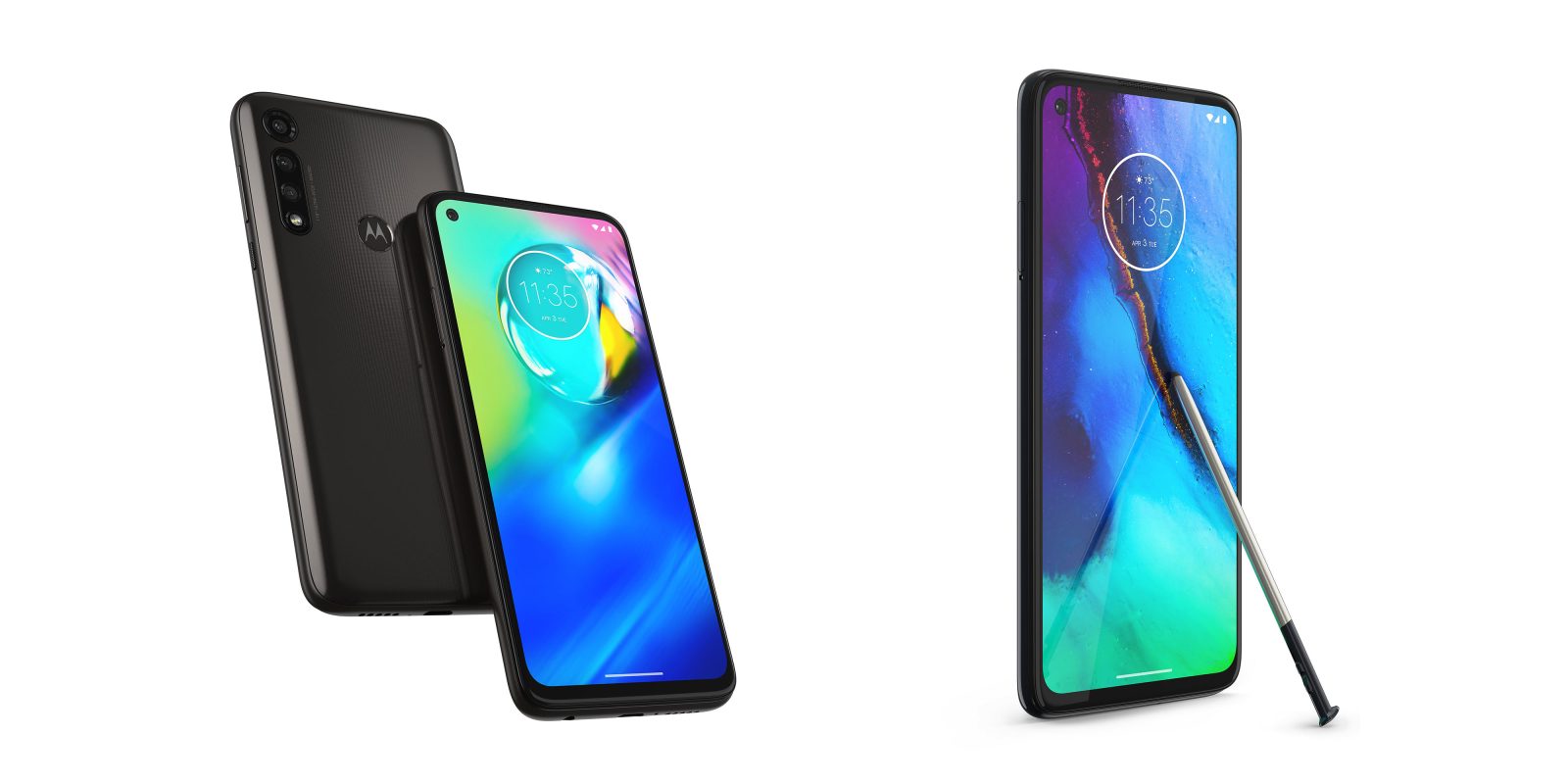 A couple of months after they were announced, Motorola is today launching the Moto G Stylus and Moto G Power, its lineup of mid-range smartphones for 2020. Now that they’re available, here’s where you can buy them and what early reviews are saying.

You can check out our announcement coverage of the Stylus and Power for more details, but here’s the lowdown on these two phones. The Moto G Power costs $249 and delivers a 5,000mAh battery, 64GB of storage, a 6.4-inch FHD display, Snapdragon 665 processor, 4GB of RAM, Android 10, and a 16MP primary camera backed up by ultrawide and macro shooters.

The Moto G Stylus, on the other hand, offers the same core processing package — Snapdragon 665, 4GB of RAM — but with 128GB of storage. The display is also a 6.4-inch FHD panel, but there’s a stylus integrated into the phone. That also means a slightly smaller 4,000mAh battery, but the Stylus also delivers upgraded optics with a 48MP primary camera all for $279. Both phones also offer a headphone jack and “water repellant” design.

Where to buy 2020 Moto G Stylus and Moto G Power

What are people saying about the 2020 Moto G series? We unfortunately don’t have units yet to give you our opinion, but there are a few reviews that have gone up this morning, and for the most part, everything’s very positive.

In terms of the design and display, The Verge said Motorola “mostly nailed” everything, even praising Motorola’s decision not to slap their branding on the front of the device.

They each have a fingerprint reader on their back, USB-C charging, and a headphone jack. As far as specs go, they both have the midrange Snapdragon 665 processor and 4GB of RAM… These phones have a clean look, with no Motorola branding on their front. This is a break in tradition that I’m sure many will appreciate.

The G Stylus and G Power have the same 19:9 aspect ratio 6.4-inch IPS displays. If you’re someone who watches a lot of YouTube videos or media through video streaming services, you’ll probably be happy with what each phone offers. These are the first Moto phones to have a display with a hole-punch camera system, and as you can see in the images, it gives them a high-end look. 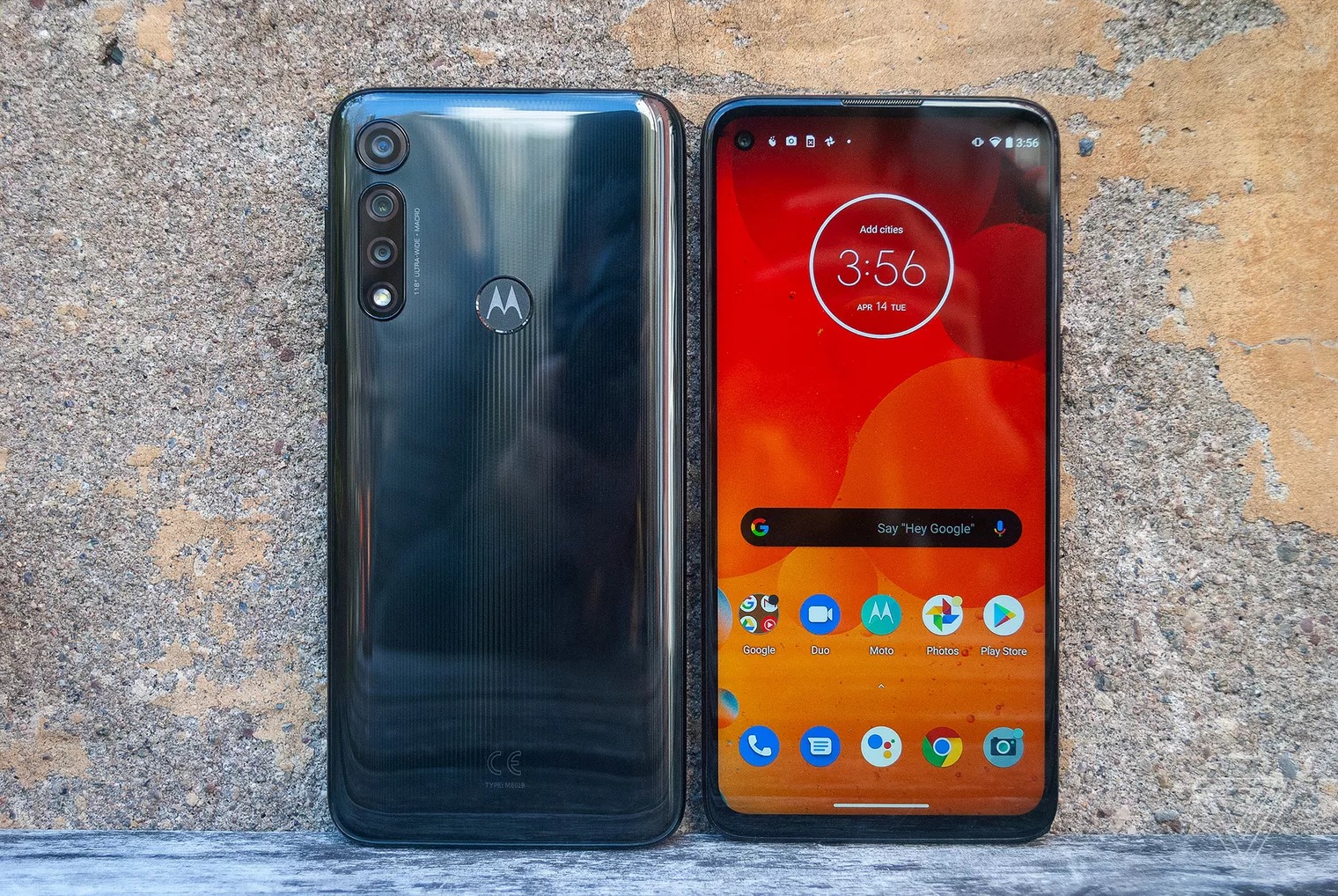 Android Central’s Daniel Bader did point out, though, that the hole-punch display has a glaring flaw, since Motorola is using a “mediocre LCD panel.”

There’s a clear shadow around the edge of the G Stylus’s cutout where the display panel has been excised, and it’s far more distracting than the camera placement itself. Given that Motorola must have known this would happen, it should have either invested in an OLED panel or chosen a different design — this, unfortunately, is the least desirable option.

What about performance? PCMag put both the G Stylus and G Power through their paces and found that, for the most part, performance is perfectly acceptable with benchmarking scores just shy of Google’s Pixel 3a.

Performance is solid. We tested the phone with a dozen apps open and didn’t encounter any lag. With more than 10 Chrome pages open, however, we did notice intermittent caching when switching between tabs.

Gaming performance is also good. We played Asphalt 8 and PUBG: Mobile using Moto GameTime and didn’t notice any skipped frames or lag. Load times are a little slower than what you get on higher-end phones, but are not at all unbearable.

Battery life is a big win on both phones, too, with the Moto G Power especially being the champ. 9to5 alum Joe Maring explains in his review on Android Central:

There’s a 5,000mAh battery crammed inside the G Power, which certainly plays a role in the phone’s weightiness (199g, to be exact). Motorola advertises up to three days of use on a single charge, and thankfully, I found that claim to be very accurate.

Using the Moto G Power primarily for YouTube, Call of Duty, Twitter, and Spotify throughout my days, I easily made it through three full days with 17% remaining at 10:05 PM on day three. That included 5 hours and 33 minutes of screen-on-time, a full hour of which was eaten up by CoD: Mobile.

What about the stylus, the key feature of the Moto G that shares its name? Android Central calls it a “waste of space.”

The phone gets its name from the included stylus pen, and I’m not going to couch it: This is a waste of space. This is what we call a dumb stylus, a piece of metal with a mesh tip at the end that simulates capacitance — a fingertip, basically — with a finer point.

Forget about whipping out your phone to write up class notes, or even to pass the time with a sketch. The precision is so murky, and the lag so severe, that after a few seconds of earnest effort, my guess is that you’ll get frustrated and park the pen for good.

Software is praised as usual with Motorola’s decidedly clean build of Android 10, and the cameras were equally praised in most reviews. The Verge pointed out that both phones shoot very detailed photos with accurate colors, but they don’t always capture a perfect shot.

These phones can shoot incredibly detailed photos. Even when I zoom in, those details don’t look garish or riddled with artifacts like I’m used to seeing on photos upon close inspection — especially from budget-friendly phones. What also stood out to me is that… both phones shoot photos with good color balance and accuracy.

These phones can take excellent photos, but they don’t always take the photo that I want after the first try. Some come out blurry, either by fault of the camera app being slower than I’d like to boot or the camera itself being slow to capture. The post-processing software on Moto’s end doesn’t compensate nearly as much as Google’s does for unfavorable shooting conditions.

Based on my few weeks of experience with both phones, it usually takes a few attempts to get the photo you’ve been after. Though other times, it works perfectly without a hitch. That it’s even possible to get the photo that I want from a $300 phone is impressive.

The overall consensus so far? Motorola has a couple of definite winners with its 2020 Moto G series, and both the Stylus and Power are devices you should certainly consider.