Comment: Can we appreciate how much better Samsung’s software has gotten? 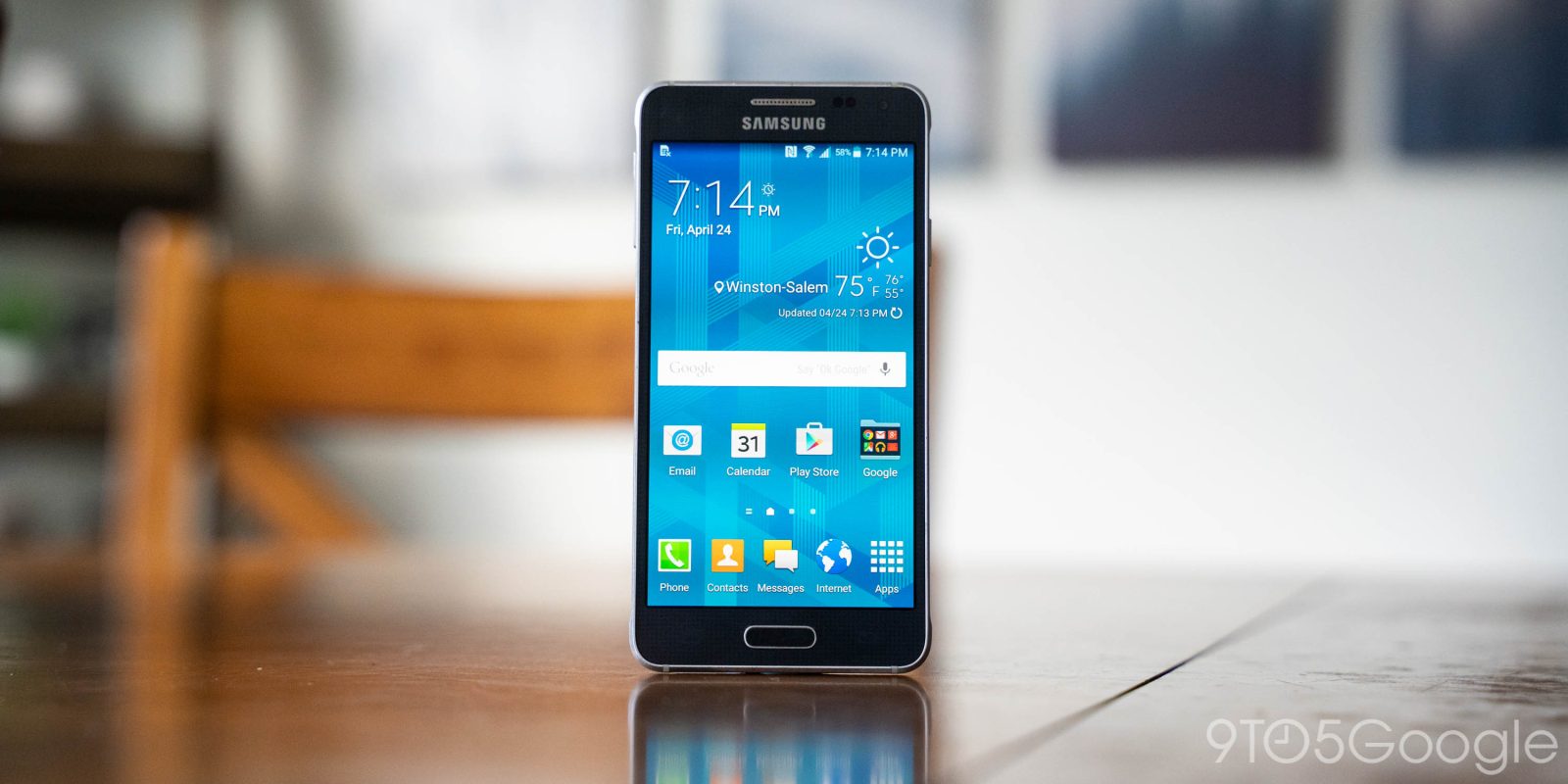 Shortly after the iPhone SE was announced, a conversation on Twitter ended with me on eBay buying Samsung’s 2014-released Galaxy Alpha on a whim. Today, I spent a bit of time playing around with the phone and it’s given me a new appreciation of just how much better Samsung’s software — and Android a whole — has gotten over the past few years. Yup, we’re going back to the TouchWiz days.

Out of its bubble-mailer packaging, the Galaxy Alpha I bought on eBay (for a measly $35) offered up Android 5.0.2 Lollipop. Even just thinking back that far in Android’s history, it’s a far cry from what we use nowadays on Android 10. Some things, like the system multitasking screen, make me wish things weren’t quite so different now. At the same time, things like a dedicated app drawer button and the atrocious bloatware that was all too common in 2014 are just things I don’t miss at all.

What really stood out to me, though, was just how much Samsung’s software has changed. Frankly, things used to be really bad, and that’s saying something considering how much of my recent Galaxy S20 review was spent just pointing out things I didn’t like about the software. Let’s talk specifics.

First, the bloops. I forgot how much I hated the bloops. With system sound turned on, using a Samsung phone from this era is a pretty effective form of torture. To prove it, here’s a 30-minute loop of Samsung’s bloops. Tell me how long you can last.

Another huge thing I do not miss about old Samsung software — the Settings app. For whatever reason back in the day, Samsung decided it was a good idea to make the Settings app a collection of icons instead of the list that Android has used… forever. Of course, you could change it to a list, but the default was that awful grid. With One UI, Samsung does things properly and uses a list, but back in 2014, the company’s phones defaulted to this icon view which was incredibly frustrating to use.

Not only were the settings with these various categories disorganized (admittedly, they still are today), but the organization Samsung did have on these categories had no rhyme or reason to the order. It was a mess and I, for one, couldn’t be happier we don’t have this anymore.

A weird change Samsung made in its TouchWiz software during the Lollipop days, too, was forcing users to press a button to access the Quick Settings menu. In stock Lollipop, Google had already figured out that a second swipe down was way easier.

Then, of course, there were the things you could change. Samsung’s keyboard was a visual disaster during this time period. The launcher also featured Samsung’s “My Magazine” left-most screen which always took a half-second to respond to your swipe. Let’s also not forget S Voice which dies for good in the near future. There was also Samsung’s lack of a hardware shortcut to access the camera. Nearly every Android phone has this now in one form or another, and it’s still something that I can’t believe iPhone users put up with missing.

Perhaps one of the biggest crimes of this era, in my opinion, was Samsung’s annoying notification that constantly told you when you were connected to a WiFi network.

There were good things about Samsung’s software back in the day, like its stock apps. The stock internet browser was far from ideal, but apps like Messages, Phone, and others really don’t feel all that far from their look today! 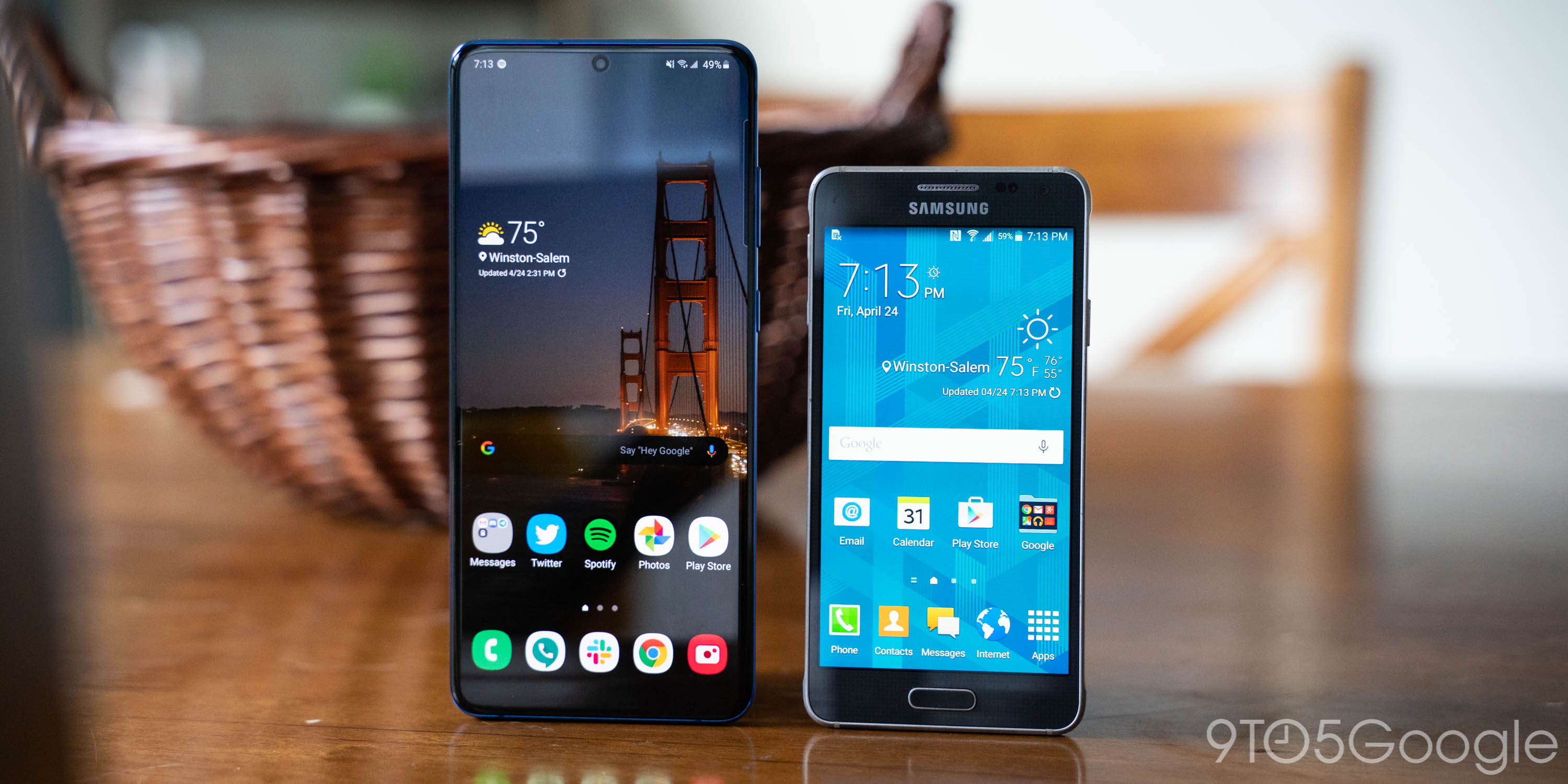 All of this is to say, Samsung has come a long way since TouchWiz. One UI is great in a way 2014-Samsung couldn’t imagine yet. It feels rare at this point that I completely miss a primary Android feature on a Samsung device as was all too common back then. Android feels more universal despite its differences in 2020 than it felt in 2014 and, really, that’s a great thing.

My daily driver for the past few weeks has been a Galaxy S20+ and, even as a Google Pixel addict, I’ve been really happy with the software as a whole despite some quirks. I couldn’t say the same 5 years ago, so that’s a win for Samsung in my book.