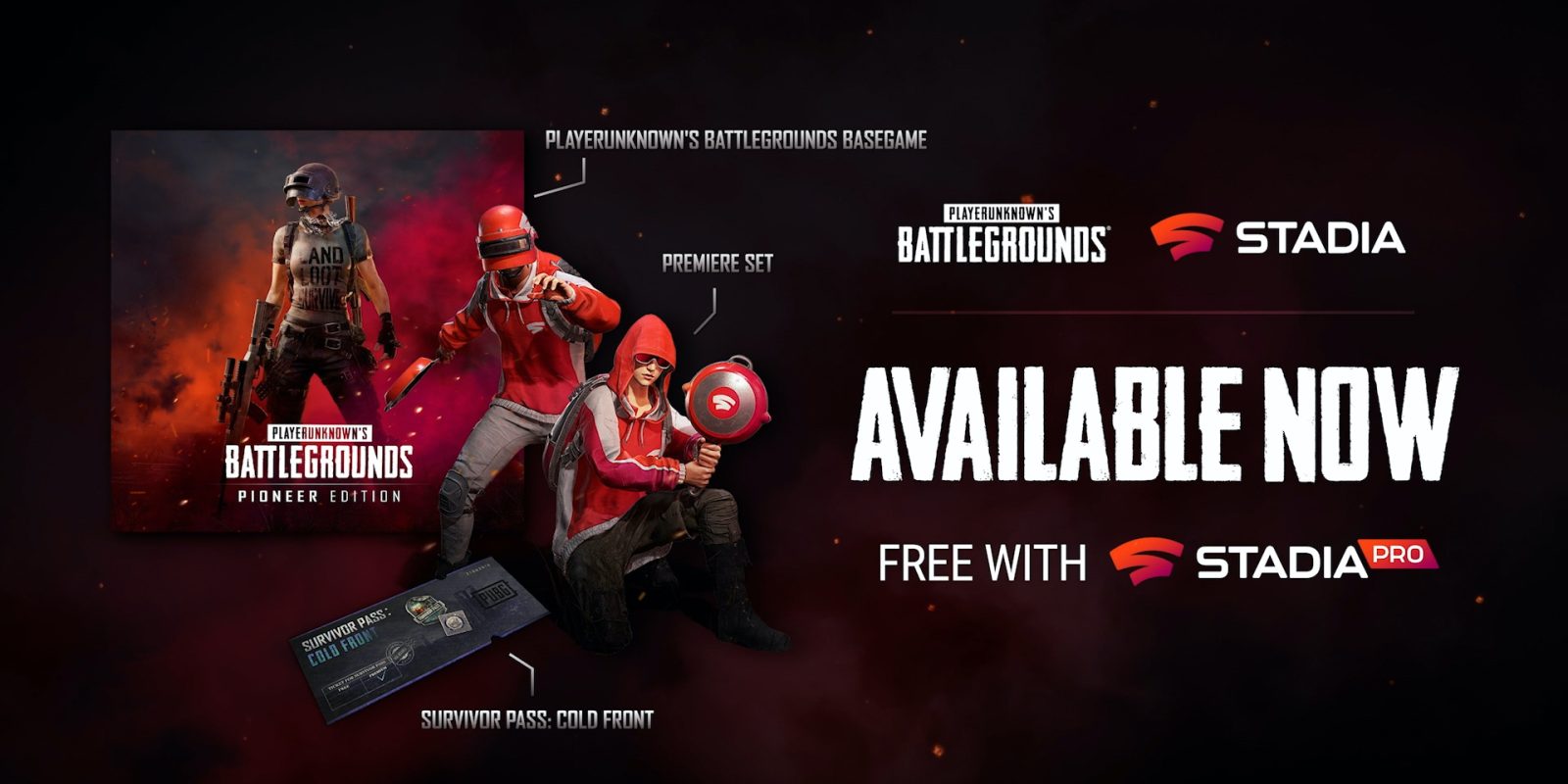 Google’s streaming platform has its fair share of multiplayer titles, with the free tier launch earlier this month greatly increasing the number of players. Stadia is adding PUBG and making the multiplayer shooter free for Stadia Pro customers today.

PlayerUnknown’s Battlegrounds is a battle royale game where 100 players are dropped onto an island until you’re the last person/team standing. You scavenge for weapons and equipment as the play area slowly shrinks to prompt encounters. There are a number of islands and player modes (solo, duo, squad).

The base PUBG game on Stadia can be purchased outright for $29.99, with buyers retaining access regardless of the monthly subscription. A Pioneer Edition ($39.99) adds the Survivor Pass: Cold Front and a Stadia exclusive “Premiere Set” — red and white hoodie with Stadia emblem, shades/helmet, and branded frying pan.

Stadia Pro subscribers — which is free to access for the next two months for new and existing users alike — can redeem the Pioneer version of the game today. PUBG on Stadia supports cross play with those on consoles. 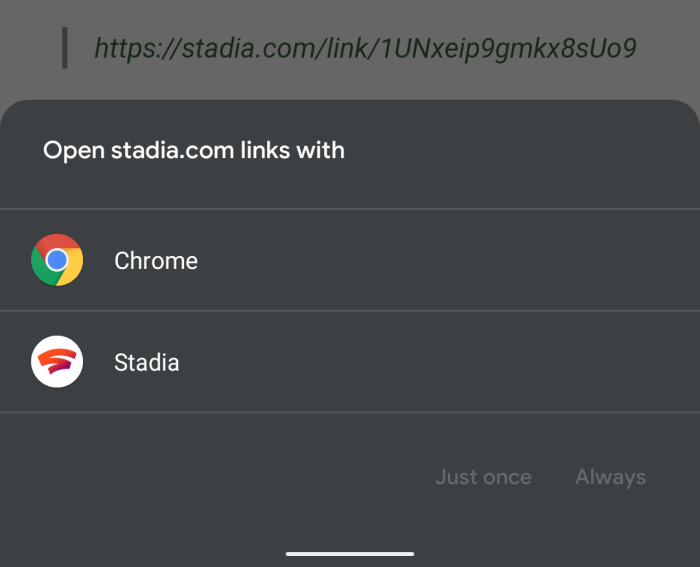 In fact, PUBG is the first Stadia game to take advantage of Click to Play. This platform feature lets you immediately launch the game — bypassing the homescreen — by tapping the following link:

This is part of Google’s grand vision of making cloud games accessible with just the click of a URL. In PUBG’s case, existing Pro members will be taken to the game’s start screen, while those without an account will be guided through account sign-up. It opens the Stadia client on Android, while the web app loads like normal online.

More broadly, Google imagines game play buttons in YouTube to join someone livestreaming (Crowd Play), or links that put you in a certain scenario to see if you can beat a record (State Share).