While Google I/O is no longer happening this year, many of the company’s planned announcements, especially for developers, are still going forward as intended. Today, Flutter, Google’s massively cross-platform app development framework, is launching its first stable update of 2020, Flutter SDK version 1.17, complete with support for Apple’s Metal graphics API on iOS devices.

Those eager for major new Flutter features will not find much in this release, as the team has put more of its efforts toward performance and accessibility improvements. That said, there are a few key additions to be aware of, like a brand new Material Design widget, NavigationRail, contributed directly by the Google Material Design team.

Otherwise, the marquis improvements of Flutter 1.17 are primarily about squeezing out better performance and a smaller storage footprint. One of the gripes some developers have had with Flutter is that even the most basic applications take up a few megabytes of storage. Between Flutter 1.12 in December and version 1.17 today, the team has managed to slim down their public example app Flutter Gallery from 9.6MB to 8.1MB, nearly a 20% improvement.

There’s a few other general performance and memory improvements in Flutter 1.17, but the real star is support for Apple’s Metal graphics API on iOS. Metal, which is only fully available for iOS devices with an A7 or newer chip and running on at least iOS 10, replaces the traditional OpenGL graphics and can improve your app’s rendering speeds by as much as 50%. 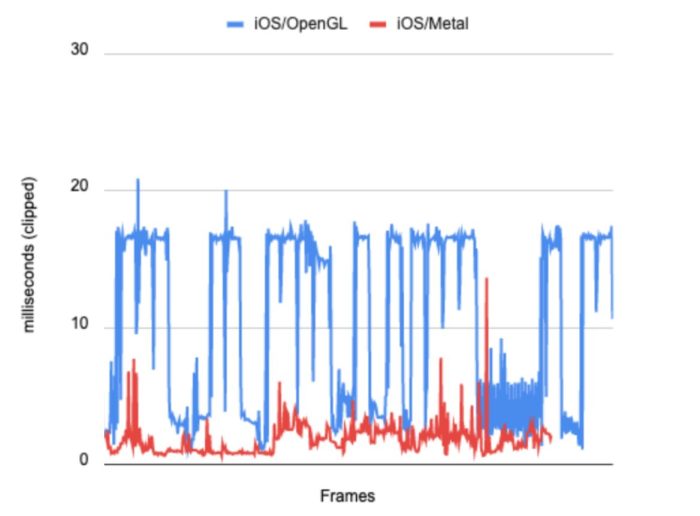 As has become tradition, the update to Flutter 1.17 stable coincides with the update of its underlying Dart programming language to version 2.8. The Dart team has been hard at work on bringing a major new feature to the language, null safety, which is getting closer to launch as of Dart 2.8.

For today’s release though, most of the improvements are focused on the “pub” tool used by both Dart and Flutter to manage your app’s packages. There’s now a new “pub outdated” command that shows you which packages have updates that don’t comply with your current version constraints, allowing you to update if you see fit. Additionally, the team has managed to make pub run significantly faster by downloading multiple packages simultaneously, instead of one at a time.