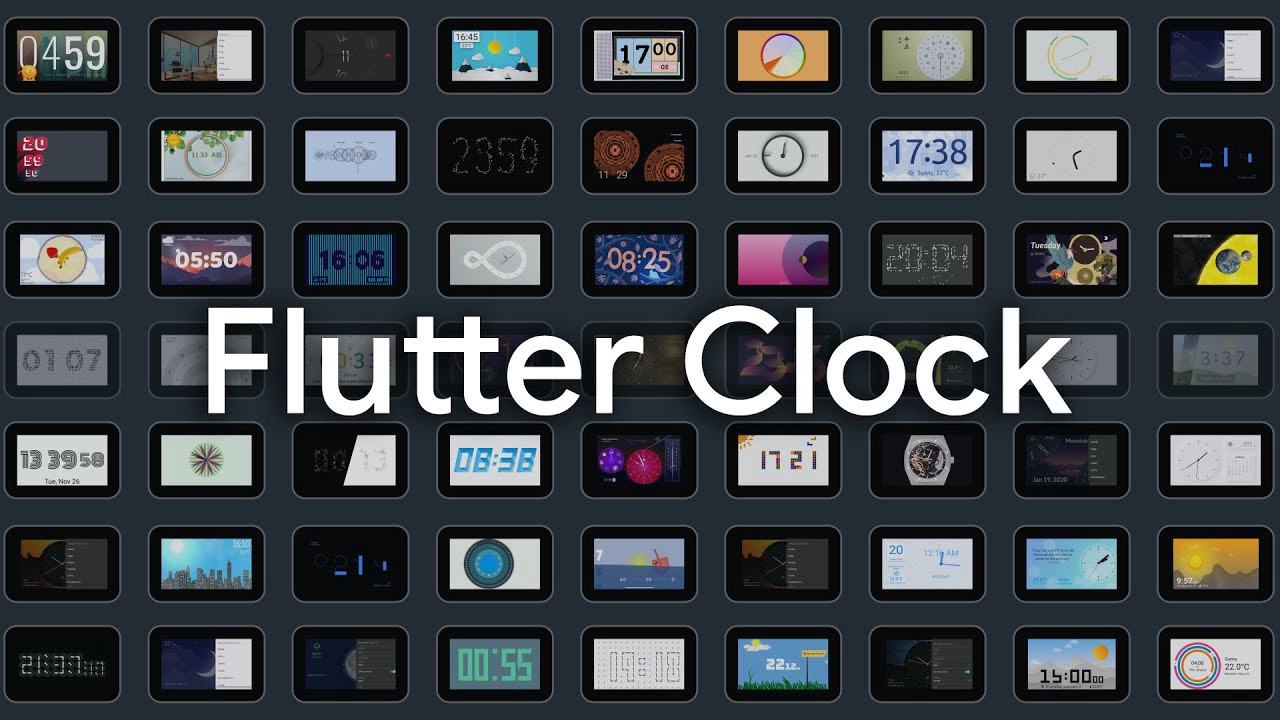 Last year, Google and Lenovo partnered to launch a developer competition to create new clock faces for the Lenovo Smart Clock using Google’s cross-platform Flutter SDK. Today, the winners were announced, showcasing not only the developers’ capabilities but also those of Flutter.

At its initial launch, Google’s Flutter SDK was framed as a cross-platform app framework primarily for Android and iOS. Since then, Flutter has grown to support desktop platforms, the web, and even “embedded” devices like the Google Home Hub.

Ahead of last year’s Flutter Interact event, Google launched a “clock face” competition as a push for developers to start thinking about using Flutter for more than just phone apps. Beyond the normal prizes involved with a developer competition like this, though, Google partnered with Lenovo to offer a chance for some of the participating clocks to be made into real clock faces on the Lenovo Smart Clock we know and love.

Today, Google has announced the results of the Flutter Clock contest, showcasing the top thirty of the 850+ entries received.

To give way to a good variety of clock faces and ideas, Google judged the submissions on four criteria: visual beauty, overall execution, code quality, and “novelty of idea.” The grand prize winner, Particle Clock, is a sight to behold, and it’s impressive to believe it can run as smoothly as it does.

Winners were also selected from each judging criteria, with Cloom Clock and Humanbeans Clock taking home the visual beauty and overall execution prizes, respectively. Cloom definitely gets bonus points in our book for supporting both light and dark mode.

Being a developer competition, with participants making their clock’s Flutter code open source, code quality was a very important aspect. To that end, Creative Creator Or Maybe Not Clock earned the prize by having the best documentation. Meanwhile, one look at Sunset Reflections Clock is enough to see why it was honored with the “novelty of idea” award. Beyond these, the judges picked out 25 of their favorites, many of which can be seen in the highlight reel above.

Creative Creator Or Maybe Not Clock

If you’re looking forward to using some of these on the Lenovo Smart Clock, you’ll need to be patient. Lenovo is still in the process of making its own decisions for which clock face(s) are a good fit for their device.

Really, though, almost all of these Flutter-based designs would make for a nice change from the limited selection of clock faces available on Google Assistant Smart Displays and Smart Clocks today. Personally, though, I’m hopeful that Scenery Clock is among those selected.