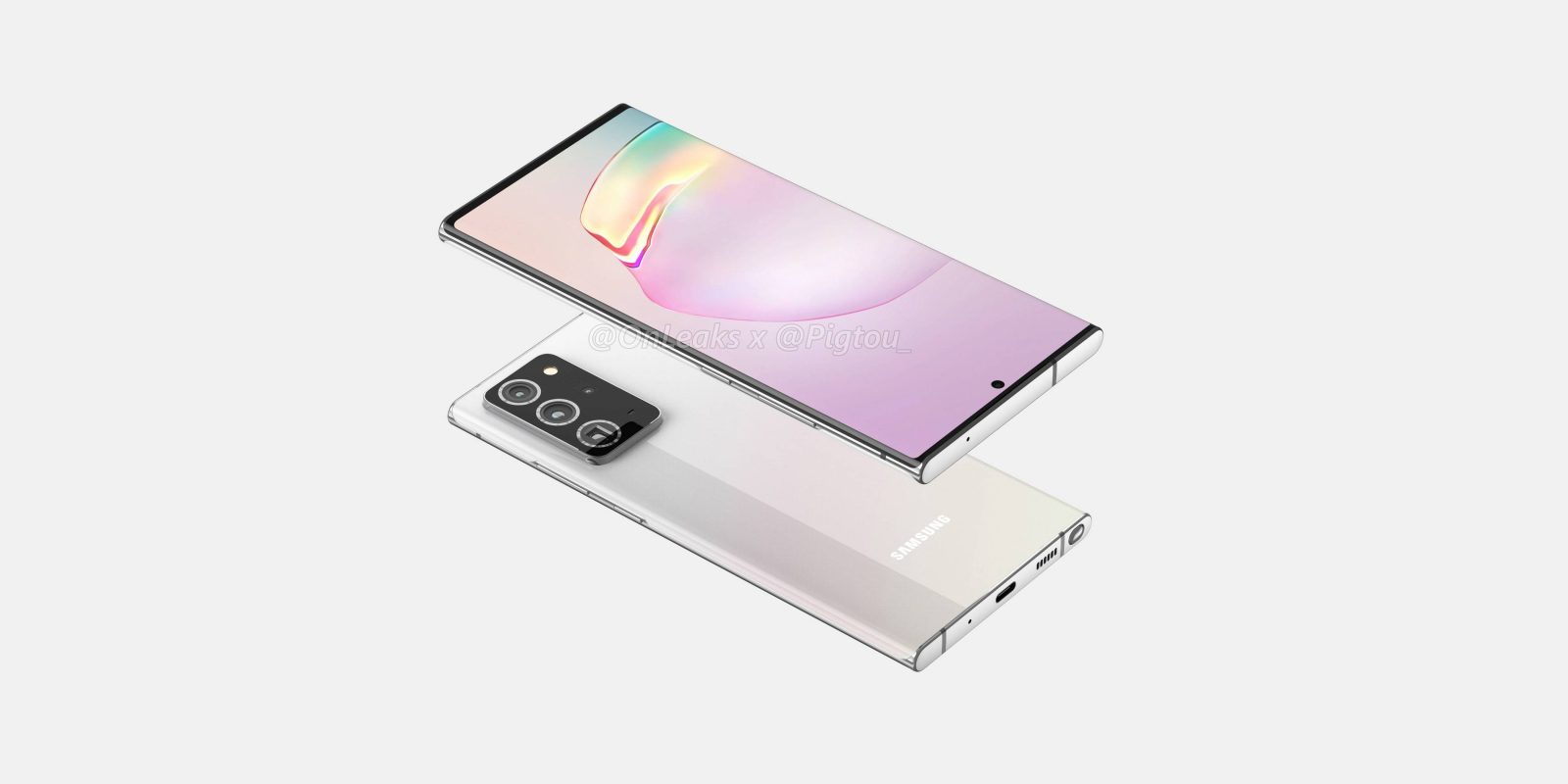 The Samsung Galaxy Note 10 series helped set the foundation for Samsung’s 2020 lineup of flagship smartphones, and it seems the Galaxy Note 20 series is going to keep that same look going yet again. Today, @OnLeaks and Pigtou showed off high-quality renders of the Samsung Galaxy Note 20+ which show its design, camera array, and reveals it may have a larger display, too.

In these CAD-based renders, we can see that the Galaxy Note 20’s design is going to be a whole lot like its predecessor. The Galaxy Note 10 had subtle curves and a boxy design which is basically identical to what we’re seeing here and also what we saw in a previous Note 20 leak. The phone also has the same placement for the USB-C port and S Pen silo, and there’s still no headphone jack either. The device has dimensions measuring in at 165mm long, 77.2mm wide and 7.6mm thick (excluding the camera bump).

The only clear change in the design is that the camera module is bigger. The Note 10+ had all three camera sensors in a single slim module and left the ToF sensor and flash to the right side with cutouts on the glass. The Note 20+, on the other hand, will apparently put all of that within a big, squarish camera module. There are still three camera sensors, but rumor has it Samsung may ditch the ToF sensor. That camera bump, too, will pop out like on the S20 Ultra with a thickness of 10.7 mm at the thickest point.

Really, it looks like this phone is just to going be a mash of the Note 10 and S20 — not that that’s a bad thing.

According to OnLeaks, the Galaxy Note 20+ will have a slightly larger 6.9-inch display compared to the Note 10+’s 6.8-inch display. If I had to guess, that extra screen space is at least partially shaved off of the bottom bezel. That display still has a punch-hole cutout for the selfie camera.

The Samsung Galaxy Note 20 is expected to arrive in August.