Google Doodle slideshow captures the beauty of the Galápagos Islands 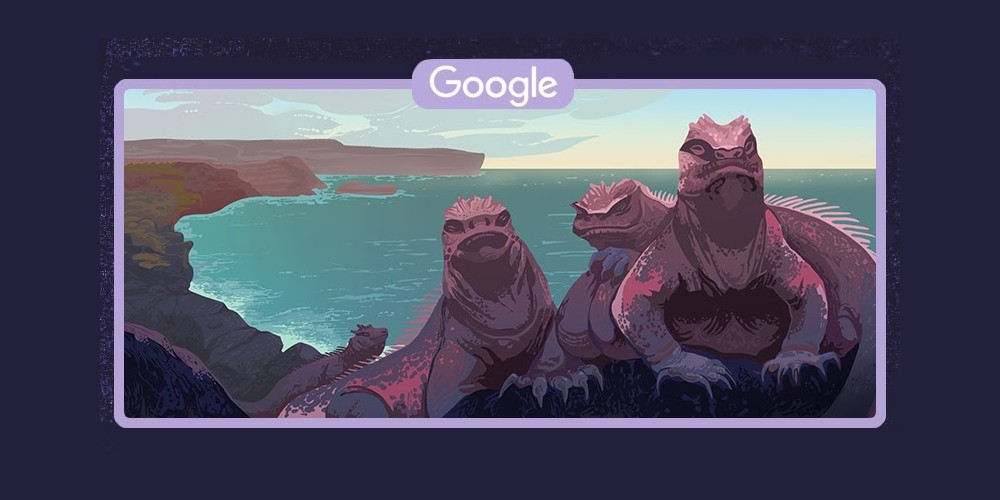 Today’s Google Doodle starts with a prominent depiction of a giant tortoise. Known as the galápago, the tortoise is one of many animals that can only be found on the Galápagos Islands, and acts as their namesake. The region is also the only location north of the equator where one can naturally find penguins, as depicted in the final slide.

The unique variety of animals found on the archipelago has been attributed to its isolated location roughly 600 miles off the coast of Ecuador, remaining undiscovered by mankind until 1535. The Galápagos Islands and its inhabiting creatures were most famously studied by Charles Darwin in 1835.

It took Darwin over 20 years after he first observed the islands’ marine iguanas and blue-footed boobies to synthesize his observations into his groundbreaking theories of natural selection, published in “On the Origin of Species” in 1859. The fundamentals of his work remain a cornerstone of biological science to this day.

Hundreds of years on, the islands are now home to approximately 25,000 people and have become both a historical landmark and something of a tourist destination. For example, in the third slide, behind the Galapagos green turtle, you can see what’s called the “Devil’s Crown,” an underwater volcanic cone and popular diving spot located near Floreana Island.