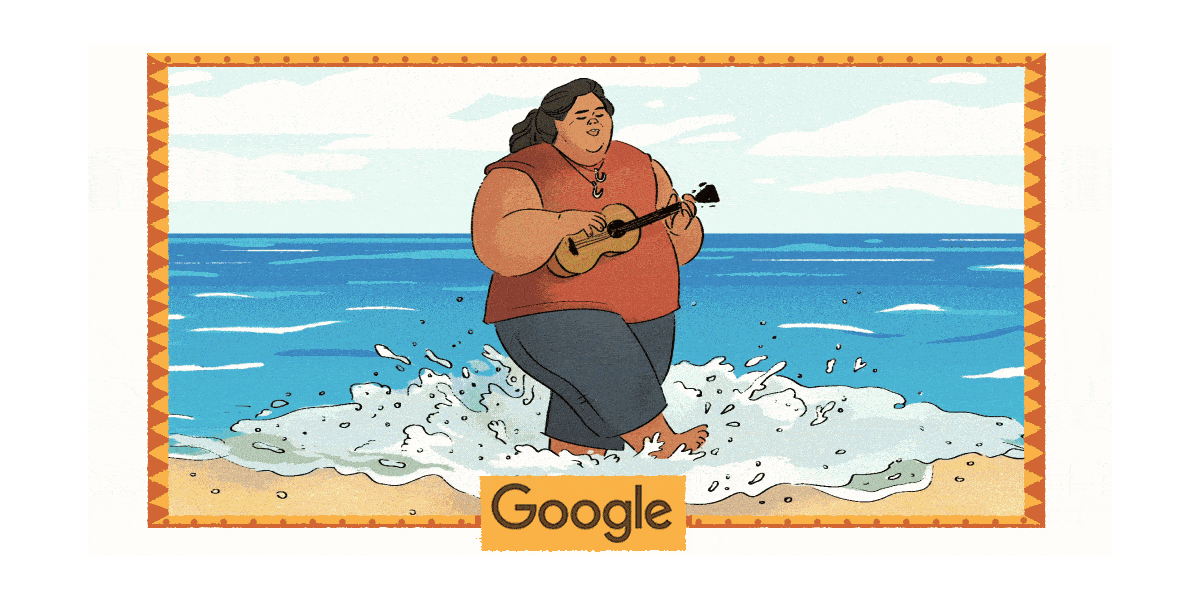 To celebrate Asian Pacific American Heritage Month, Google has shared a new Doodle video honoring musician Israel Kamakawiwoʻole on what would have been his 61st birthday.

In this morning’s impactfully emotional video Doodle, you’ll hear the track in which Israel Kamakawiwoʻole made his lasting impact on the world, a ukulele backed rendition of Over the Rainbow. Over the course of the video, you’ll see scenes from Israel’s life, throughout which he was often found with ukulele in hand.

One unique aspect of the video which is entirely too easy to overlook is the inclusion of finely crafted transitions between scenes. These transitions actually use a Hawaiian artform called “kapa,” which involves making a special fabric from the bark of a paper tree and stamping it with bamboo. One of the many artists for the Doodle, Dalani Tanahy, wove references to Israel Kamakawiwoʻole’s family name into the kapa’s design.

When asked about some of the designs and their meanings on these kapa, Dalani says, “There is an element on the brown kapa that references eyes – that’s the Kamakawiwo`ole reference, which means “the eye with no fear.”

Over on The Keyword blog, Google’s Doodle Team Lead, Jessica Yu, shared both her personal feelings about Israel Kamakawiwoʻole’s music, as well as what Google hopes people feel when they watch today’s video Doodle.

[…] perhaps the thing that resonated with me most is something Israel’s former producer, Jon de Mello, said about him, which is that he got along with anyone he met, and that he only had love for people. Today, this kind of love and hopefulness Israel shared are turning up in an unexpected, but fitting way: People all over the world are displaying photos of rainbows, which Israel loved, in their windows and on sidewalks to uplift their neighbors and give people passing by a smile. We feel like this Doodle is a way for us to do the same.