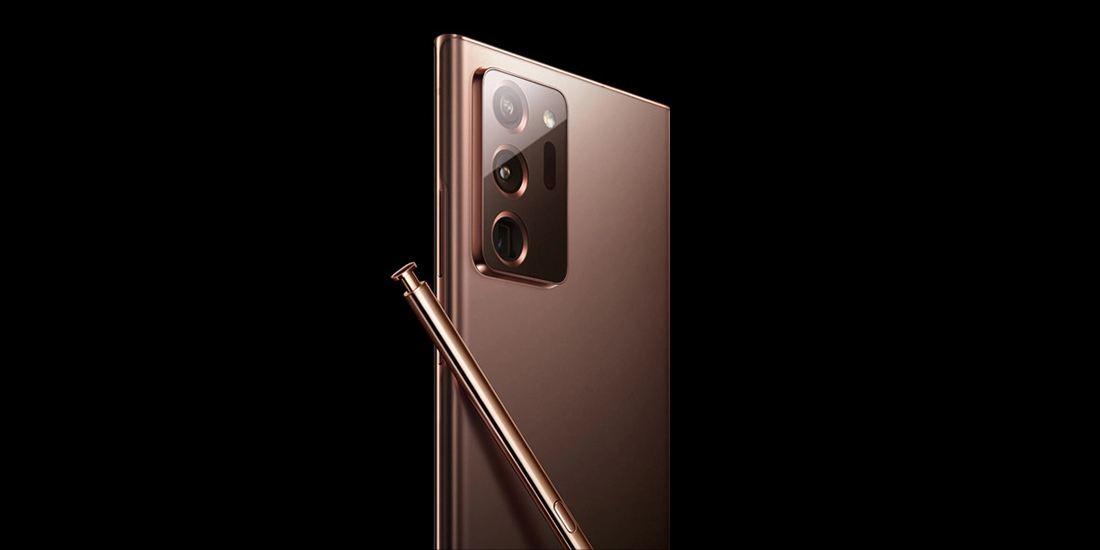 There’s only a month or so left until the Samsung Galaxy Note 20 Ultra makes its debut, but leaks have been relatively quiet. Today, though, a page on Samsung’s own website in Russia inadvertently leaked the “Galaxy Note 20 Ultra” in some high-res photos.

Spotted by Max Weinbach, the landing page for the Galaxy Note 8 in Russia shows two pictures of the company’s upcoming device. Those images will surely be removed soon, but at the time of writing at least one is still live.

In these new images, we can see one variant of the Galaxy Note 20 — apparently the Ultra model, according to Weinbach — in a new color variant. Dubbed “Mystic Bronze,” this new color looks a lot like polished bronze, but of course, it remains to be a glass back with a metal frame. The S Pen adopts the color too.

As far as design goes, the basic look is similar to what we’ve seen in previous leaks and, obviously, inspired by the Galaxy S20’s design language. The single-camera housing is huge, with three main sensors along the left side, a flash, and various other sensors along the right. Notably, Samsung has altered the design of the Note 20’s camera housing compared to the S20 series. Instead of a simple black backing, the color seen is a darker tone of what the phone itself has. It’s eerily similar to the iPhone 11.

Samsung is expected to debut the Galaxy Note 20 series in August with an online-only event.