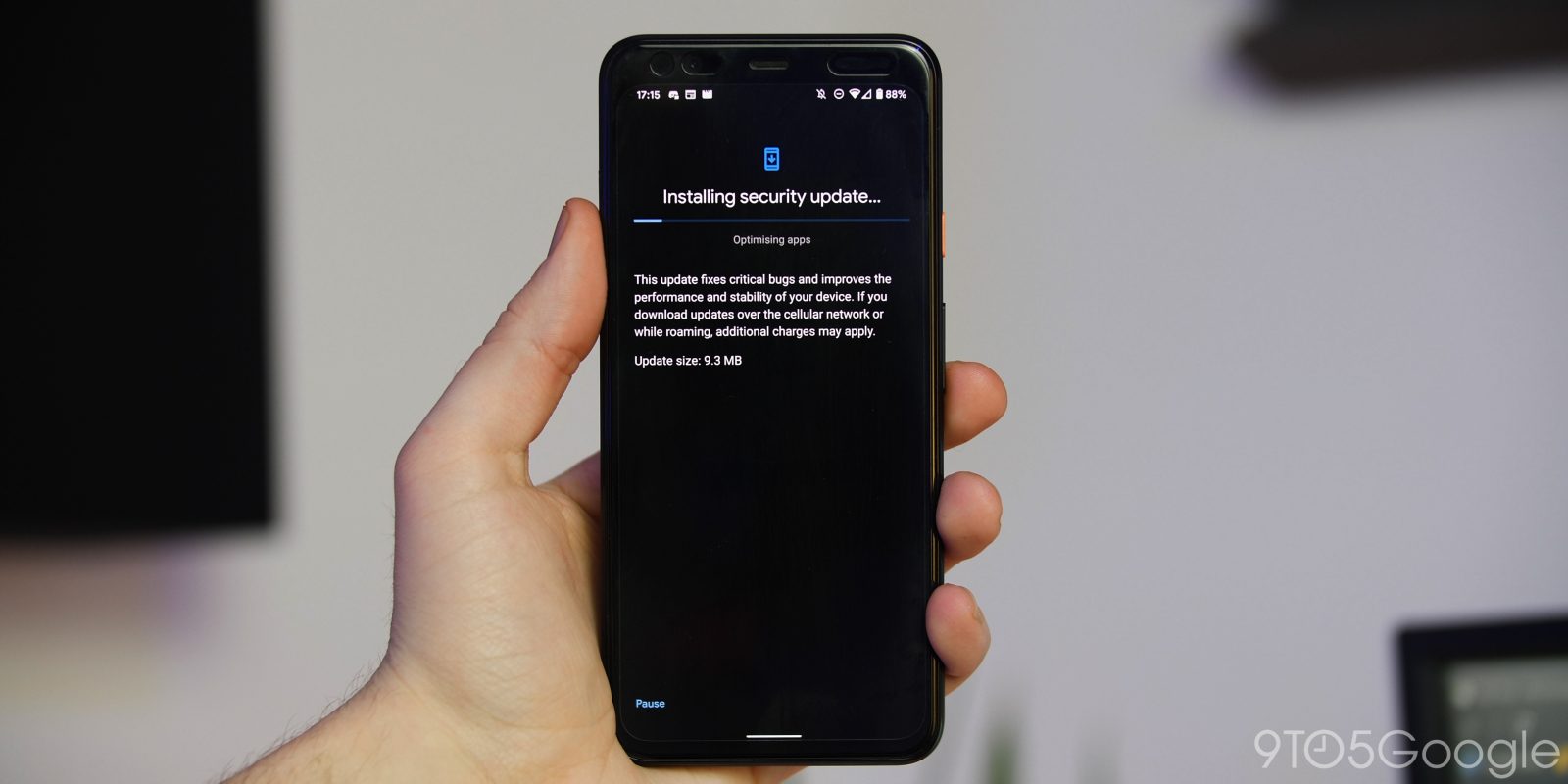 Following the first Android 11 Beta last month, the next stable update for the Pixel 2, Pixel 3, Pixel 3a, and Pixel 4 family of devices is rolling out. The July security patch contains the usual set of bug fixes.

This is a more straightforward update compared to the previous one that coincided with a Pixel Feature Drop. That release saw Adaptive Battery reduce background activity when running low on power to extend usage, while the Google Clock app gained a Bedtime mode that allows for Sunrise Alarms without needing a Pixel Stand. The Google Recorder also added new Google Assistant and better Drive integration. Lastly, Personal Safety picked up scheduled check-ins and crisis alerts, while bringing car crash detection to the Pixel 3.

There are 7 issues resolved in the July security patch dated 2020-07-01 and 17 for 2020-07-05. Vulnerabilities range from high to critical, with the most severe relating to the media framework and a remote attacker possibly executing arbitrary code through a crafted file.

The dedicated bulletin for Google’s phones and tablets lists 4 security fixes and no functional updates. Unlike past months, there is one global build for July.