While Google always previews the next version of Android several months before I/O, tentpole features are reserved for the big stage. Since the developer conference was canceled this year due to COVID-19, the Android team opted for a virtual event. Originally set for last week, the company today is going ahead with a more subtle launch for Android 11 Beta 1.

Google “cancelled the virtual launch event to allow people to focus on important discussions around racial justice in the United States.” The company did release 12 talks originally scheduled for I/O on YouTube today, while it will be hosting “11 Weeks of Android” that cover topics like UI, Jetpack, and machine learning. There will also be online Android 11 Meetups.

Originally expected in May with I/O 2020, the more consumer-facing Beta program is starting today. Android 11 has three big themes: People, Controls, and Privacy.

Google wants to make Android “more people-centric and expressive” by “reimagining the way we have conversations on our phones.” This starts with a dedicated section at the top of the notification shade called “Conversations.” Specific actions allow users to set reminders and create homescreen shortcuts to threads.

“Bubbles” are the biggest change with users able to pop-out conversations and get one-tap access to open a full conversation over whatever they were previously doing. Google recommends developers adopt this Bubbles API for Android 11.

Other features include consolidated keyboard suggestions, while Voice Access now takes advantage of an “on-device visual cortex that understands screen content and context, and generates labels and access points for accessibility commands.” The goal is to create an OS that “can recognize and prioritize the most important people in your life.”

The next tentpole focuses on making it easy to control all your smart home devices and Bluetooth accessories. Holding down on the power button surfaces Device Controls. Google Home already supports the new API that allows any app to appear in this grid. For example, you can tap to turn on/off lights and just drag on the tile to adjust brightness.

Meanwhile, Media Controls let you switch the output of playing audio/video to headphones, speakers, or televisions, while Now Playing is integrated with Quick Settings. This feature can be enabled in Beta 1 from Developer Options > “Media resumption” ahead of default availability later on.

Privacy is the final focus for Android 11 with one-time permissions letting you limit app access to the device microphone, camera, and location. Meanwhile, permissions will auto-reset if you haven’t used an application for an “extended” period of time.

Similarly, the Play Store will be reviewing all Android apps requesting background location access, though existing applications will be given until 2021 to abide by this change. Speaking of updates, Project Mainline sees 12 new system modules that can be updated via Google Play.

Developers have access to the final APIs and the official API 30 SDK, while Play Store publishing is also available. Other new features in this release include: 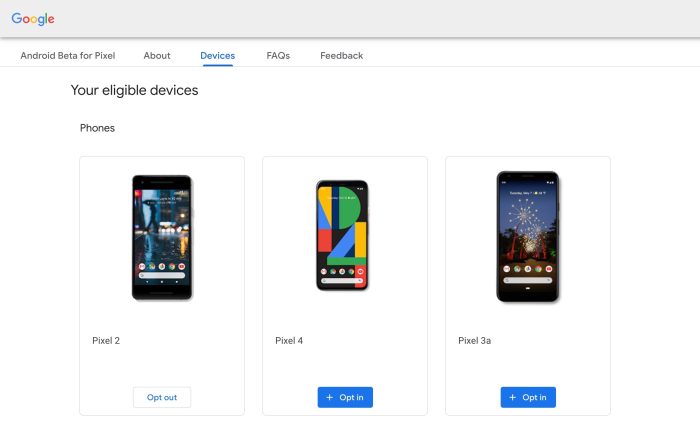