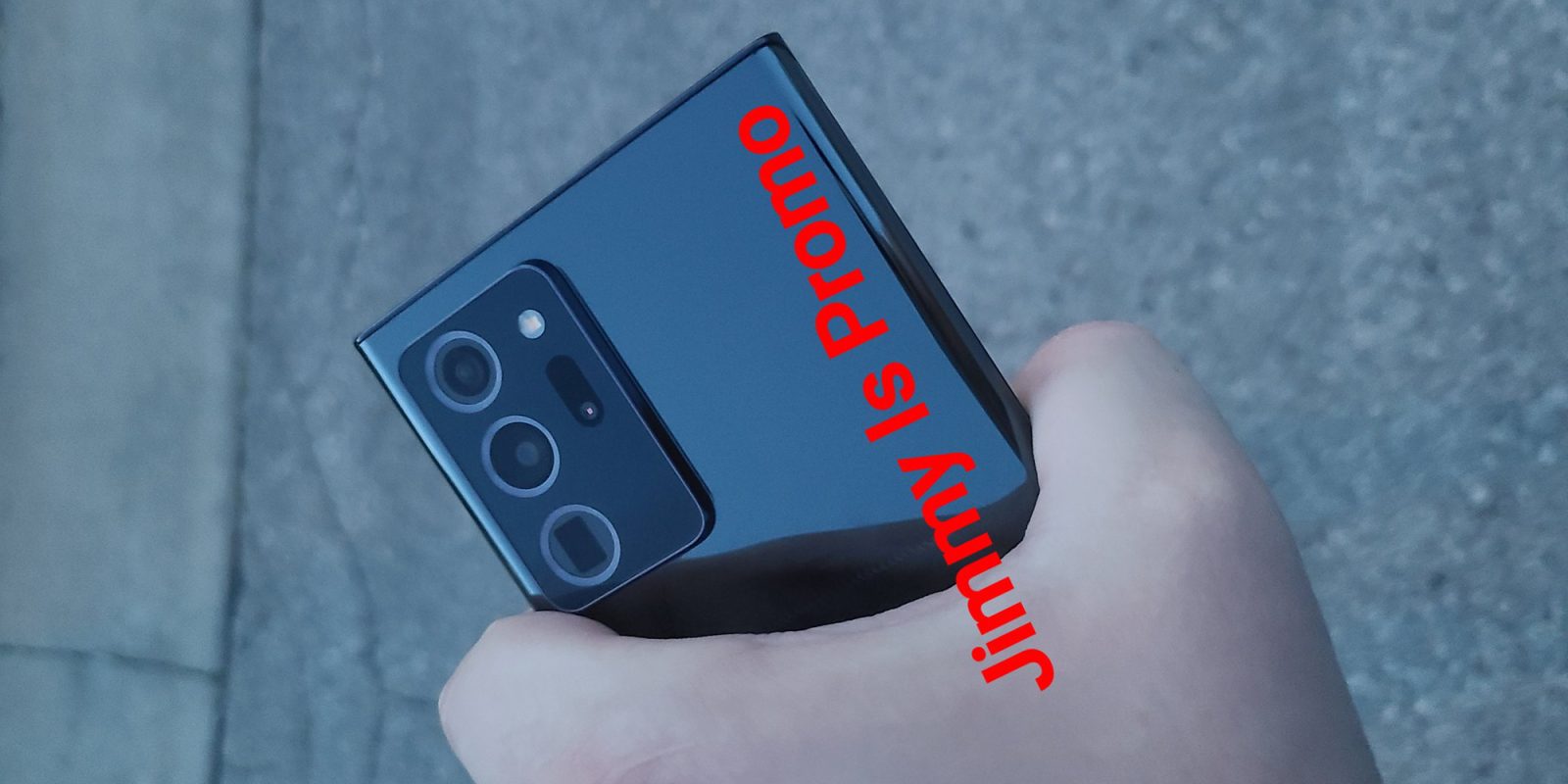 We’re in the midst of a deluge of new information about the upcoming Samsung Galaxy Note 20 series — the latest being real-life images of the as-yet-unannounced flagship.

The Galaxy Note 20 Ultra has already appeared in CAD-based renders, even briefly appearing on Samsung’s Russian website but seeing the phone in the flesh showcases the upcoming design exponentially better than a computer-powered render ever will.

Alleged hands-on images of the Galaxy Note 20 Ultra were obtained by YouTuber Jimmy Is Promo, with this device having all the hallmarks of the next Note series handset. We get to see the device in a mirror or glossy black finish, with the S Pen also making an appearance.

The YouTuber also shared some interesting information about the actual design and software of the device too. It looks as though the Note 20 series will ship with Samsung’s One UI 2.5 skin pre-installed — which isn’t too much of a shock. He also notes in his tweets that the upcoming superphone will have a slightly adjusted S Pen placement.

The S Pen holster and loudspeaker appear to have been moved to the left side of the device. Around the edges of the display, it’s hard to accurately tell if the bezels have decreased but it does look as though they have been shaved down ever so slightly. Compared to the Note 10+, the images of the Note 20 showcase sharper-looking edges and an even smaller punch-hole notch.

You can also see from the images of this supposed Note 20 below that the bulbous camera module is far more refined than the Galaxy S20 Ultra domino rear panel is. The trio of lenses includes that periscope zoom lens, with a fourth unknown addition also visible. One would imagine that this will be a 3D Time-of-Flight sensor or equivalent.

The close-up images also showcase the Note 20 series upcoming Infinity-O display, which is still in that familiar middle portion of the upper display edge. There isn’t a great deal more we can glean from this brief glimpse but we expect to see more of the handset over the coming weeks in the lead-up to the proposed August launch.

What do you think of the Note 20 images? Are you happy with the upcoming design? Let us know down in the comments section below.