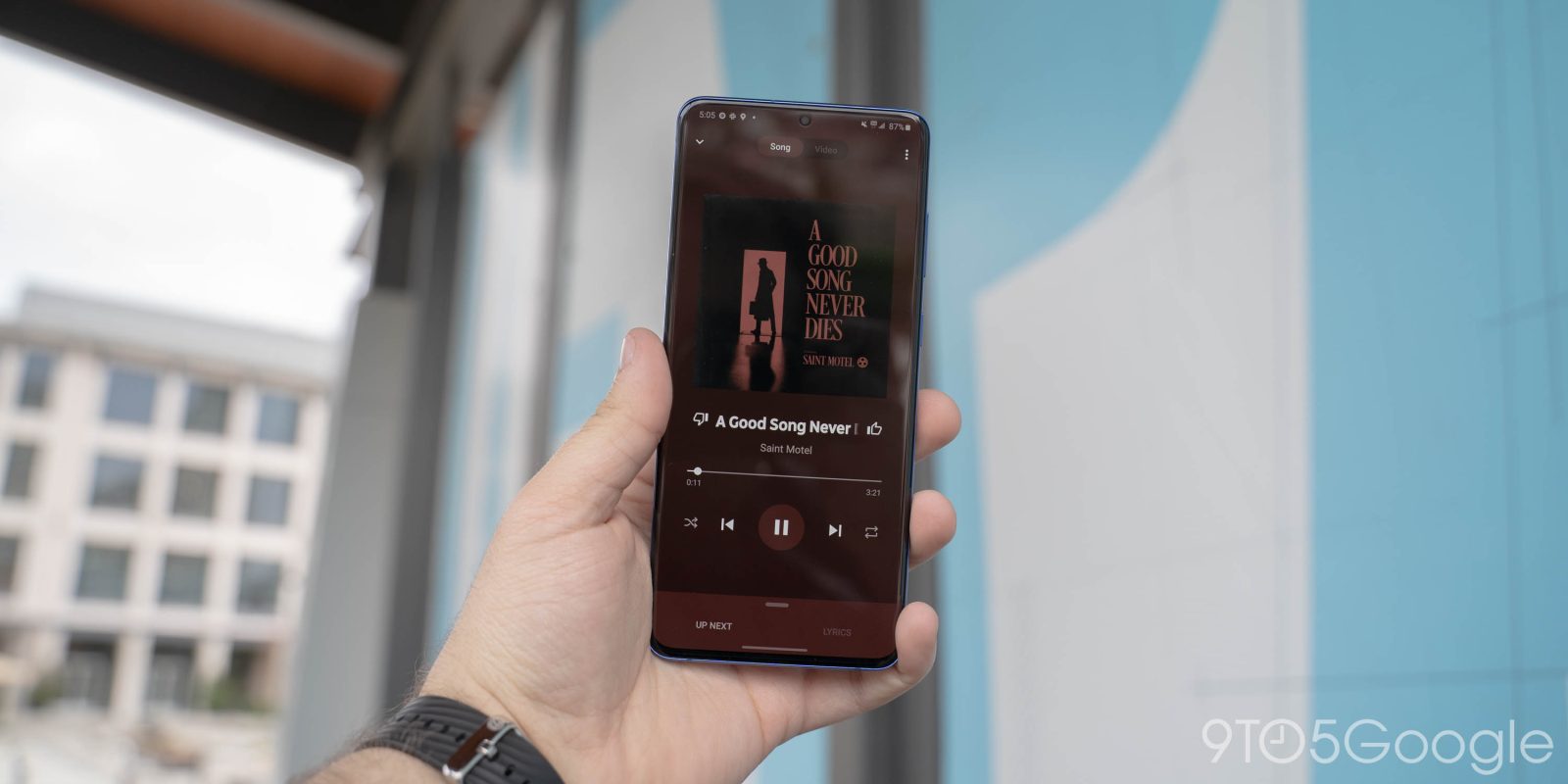 Update 7/14: These swipe controls are widely rolled out today following a server-side update to version 3.73.54. The touch area is specific to the album image and accepts backwards/forwards swipes.

Original 6/24: This new feature lets you swipe on the cover art to jump to the next song and presumably go back. The gesture would join others to open/close both Now Playing and Up Next. (Speaking of that screen, it’s unfortunate that you cannot swipe to the Lyrics and Related tabs. Of course, it would conflict with the ability to swipe away songs from the queue.)

Like other YouTube Music features, swipe gestures in Now Playing are not yet widely rolled out. So far, it’s only been reported by one user (via Android Police). It’s a highly requested feature that matches the old Google Play Music player, though that swipe area nearly took up the entire screen.

Meanwhile, the Play Music migration continues as more and more users receive the functionality. Now Playing has yet to launch on iOS, though the Explore tab is now available for all.