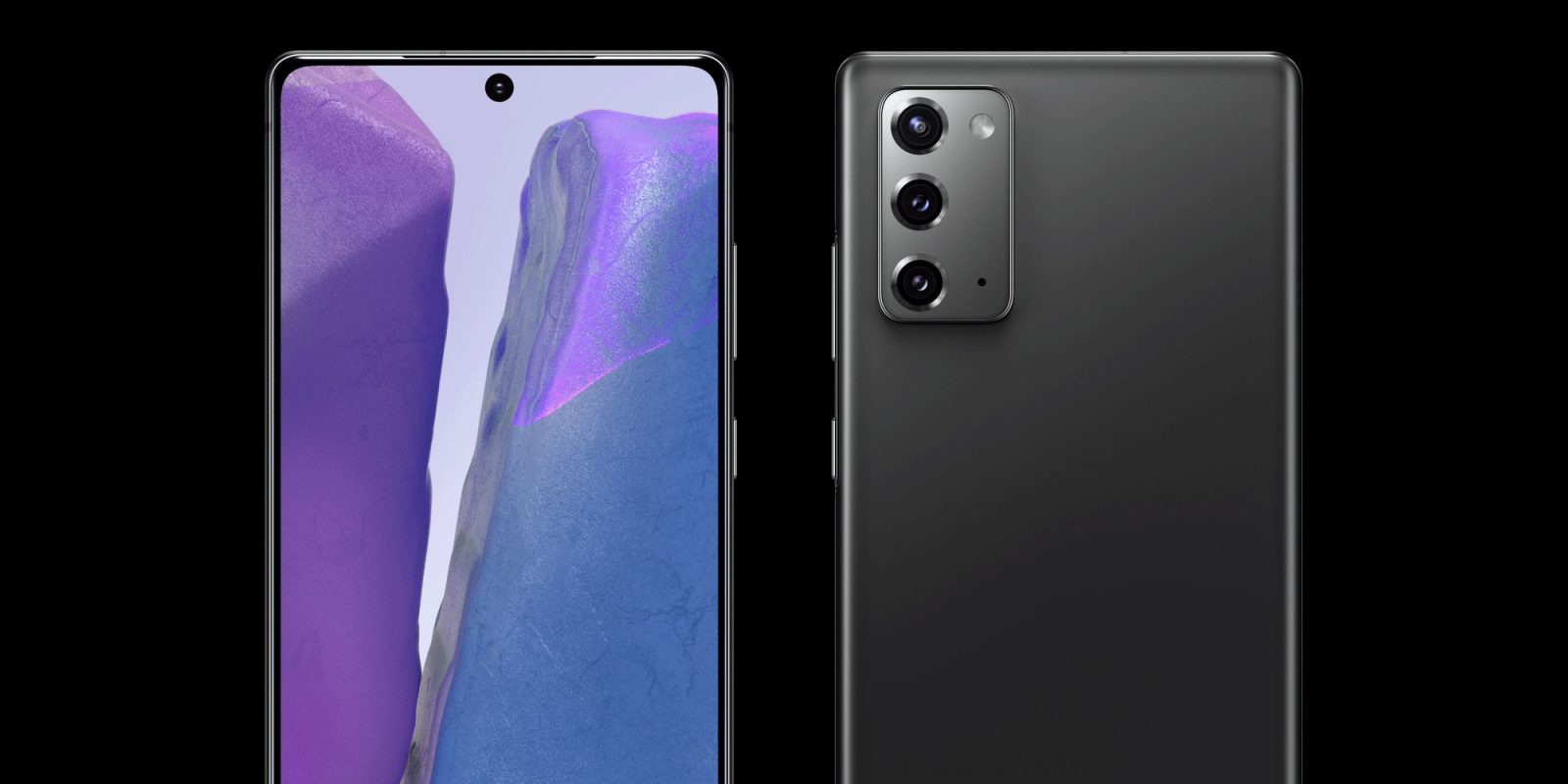 We’ve seen a lot of Samsung’s Note 20 Ultra to date, but there haven’t been any notable appearances of the smaller model. Today, a detailed 3D render of the Galaxy Note 20 has hit the web, giving us a clear look at this phone and what sets it apart.

Following a huge leak of the Note 20 Ultra on Samsung’s own website, today’s Note 20 render comes courtesy of Evan Blass via Patreon. Instead of just a still image, too, this leak gives us a full 360-degree look at the Galaxy Note 20 that really doesn’t leave much to the imagination.

What do we learn? For one, the smaller Note 20 has a completely flat display. It’s a bit hard to tell if the edges will taper off like on the Galaxy S20 series, but clearly there are no massive curves like what we saw on the Galaxy Note 10 series. The display, too, has slim bezels and a centered punch-hole.

Beyond that, we can also see that Samsung opted for a modest camera module on this device. Unlike the Note 20 Ultra, which has a huge camera, this one seems basically the same size as what the S20 and S20+ offered earlier this year.

Update 7/20: In another post, Blass shows a similar 360-degree view of the Galaxy Note 20 Ultra in its “Mystic Bronze” color variant. Unlike the smaller Note 20, the Ultra clearly retains the curved front panel, while the back also looks much more premium.

To better share it with you, we mirrored the massive GIF file that Blass shared as a video on YouTube above, but you can see the full 57MB image here.