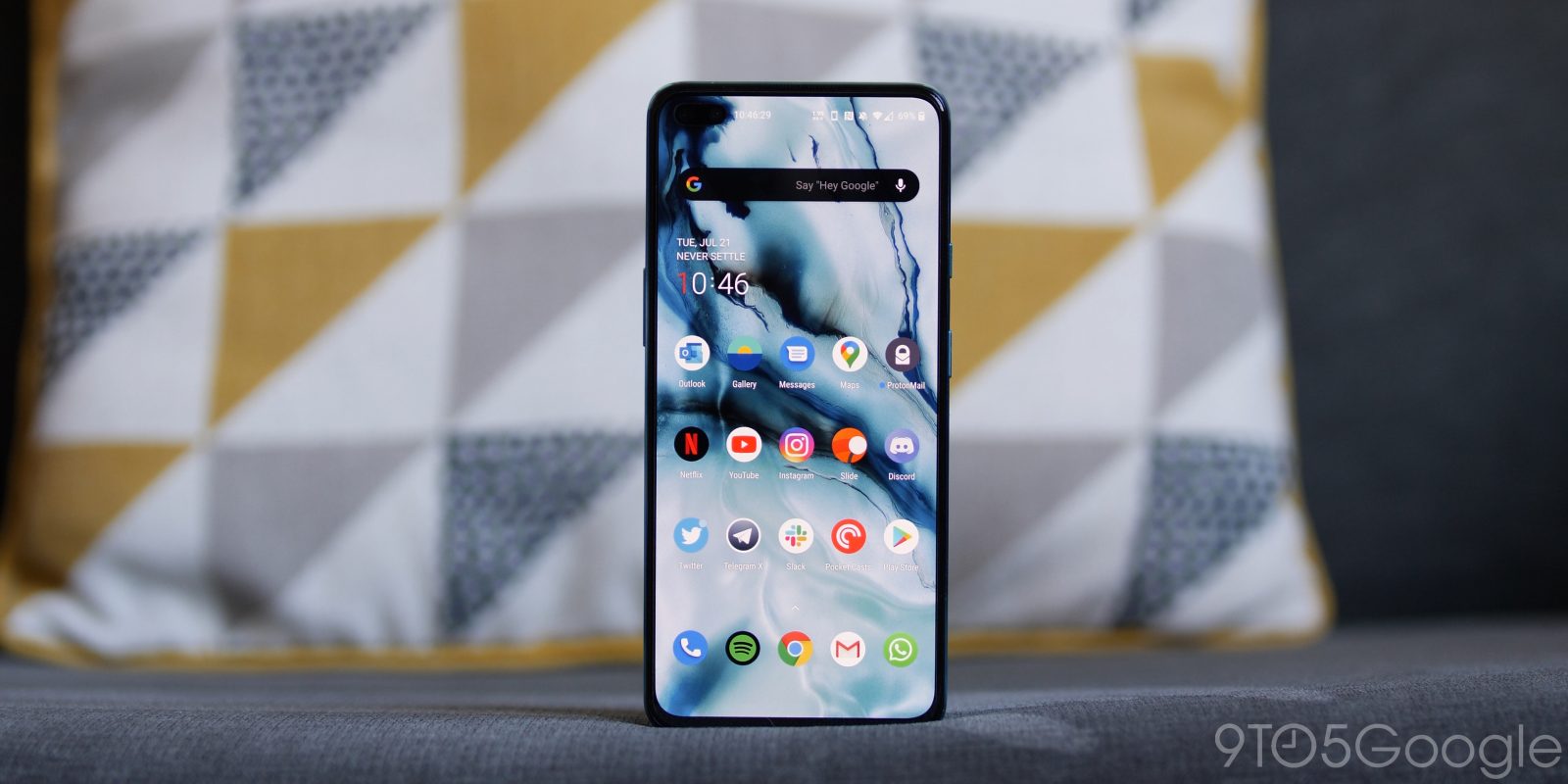 It looks like some early OnePlus Nord models are already experiencing display issues including “purple-tint” and off-axis color problems.

Reports have already appeared on Reddit and the official OnePlus Forums include early adopters complaining about a myriad of display issues since receiving their OnePlus Nord pre-orders. Owners are complaining that when the AMOLED display brightness dips below 25%, darker portions of the display begin to exhibit color casts or “tinting” towards the lower half of the display.

[Update 07/31]: OnePlus has given us an update to confirm that: “We are working on an OTA to address this [display issue].”

No word was given on when this might come but with the global launch of the OnePlus Nord due on August 4, those who have pre-ordered and plan on buying at launch will hopefully get an OxygenOS update similar to that seen on the OnePlus 8 Pro to resolve any display discoloration issues.

Should you be affected, it may be worthwhile keeping an eye on the OnePlus Forums, as this is often where software and OS updates are posted ahead of a rollout.

Given that the OnePlus 8 Pro was initially prone to similar problems, it’s not clear if this is a manufacturing issue or something that can be resolved with software updates. A recent OxygenOS OTA update has alleviated the “green-tint” issues that some OnePlus 8 Pro owners had been suffering but we’re not actually sure issues on the Nord can be resolved via a software patch.

As mentioned in our own review, at low brightness we have noticed display issues and tinting problems when using the OnePlus Nord:

Praise aside, I have noticed some issues with the display at low brightness on my device. When getting below the 20% threshold, there are significant yellow or green-tint issues on my particular unit. You can also see banding along the notched portion of the screen. I believe this might be a manufacturing fault with my device, but it’s something to note. While frustrating, this problem only appears when auto-brightness is enabled. To alleviate it I often keep brightness set at 60% and have had no issues since.

As you can see from the video of the problem above, this issue is very pronounced when using dark themes and in darkened environments. We have found that at brightness levels above 60%, we stop seeing the display issues on our OnePlus Nord review units. This might not be a “proper” solution but it might alleviate issues should you see them now, until an official response is forthcoming.

We have reached out to OnePlus for a comment on these Nord display issues and they provided with the following statement:

OnePlus Nord comes with a high quality 90 Hz AMOLED screen. Under specific circumstances of low brightness, a slight display discoloration may occur due to the properties of the AMOLED display – this is characteristic of all OLED displays and the degree of discoloration will vary depending on other properties of the display. This is not a quality issue and will not affect daily usage or the durability of the screen. OnePlus will continue to look into cutting-edge display technologies and strive to deliver the best user experience possible.

We’ll have to wait and see how the company responds to any potential complaints in the coming weeks — even if issues do not appear to be widespread. Have you experienced any issues with your OnePlus Nord display? Let us know down in the comments section below.