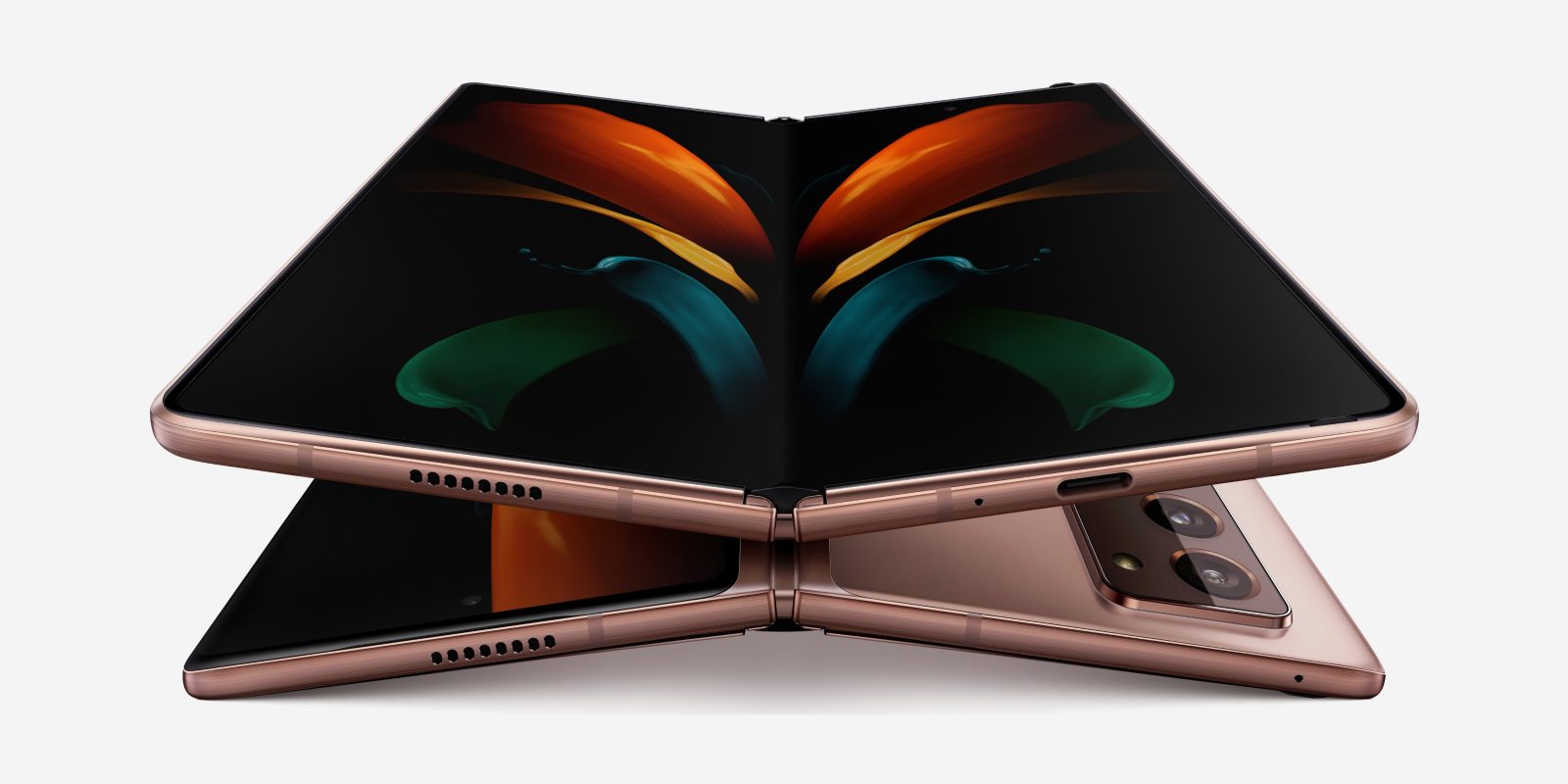 Samsung’s efforts in foldables have seen excitement and also failure, but in 2020, things have only been getting better. Today, ahead of its launch next week, the Samsung Galaxy Z Fold 2 has leaked heavily with some official-looking renders, showing the outer display for the first time.

MySmartPrice today published a gallery of images that show off the Galaxy Z Fold 2 in detail, most notably showing off its outer display, which is a huge improvement over the original Galaxy Fold.

Starting with the outer shell of the phone, we can see the same camera module and colors that have been previously leaked on the upcoming Galaxy Note 20 series. That includes the matte glass finish, but the eyes are immediately drawn over to the outer display. We can see that the bezel-locked 4-inch display from the original Fold has been upgraded with a display that takes over the entire front of the device.

On the inside, we can also see where Samsung has made improvements. As also shown in a leak last night, the inner display ditches the bigger notch, limiting the cutout to just a single hole-punch camera, just like what’s on that bigger outer display as well. According to previous rumors, too, there’s a 120Hz display on this device as well.

Update 8/4: In addition to the images below, Evan Blass has posted a gallery of high-quality images to Twitter. For the most part, these are the same images, but there are a couple of extras thrown into the mix as well, pictured below.

The Galaxy Z Fold 2 definitely looks to be a major upgrade from what came before it, and we can say that without even knowing what’s on the inside! According to Samsung’s own teasers, the device is set to be announced officially on August 5.