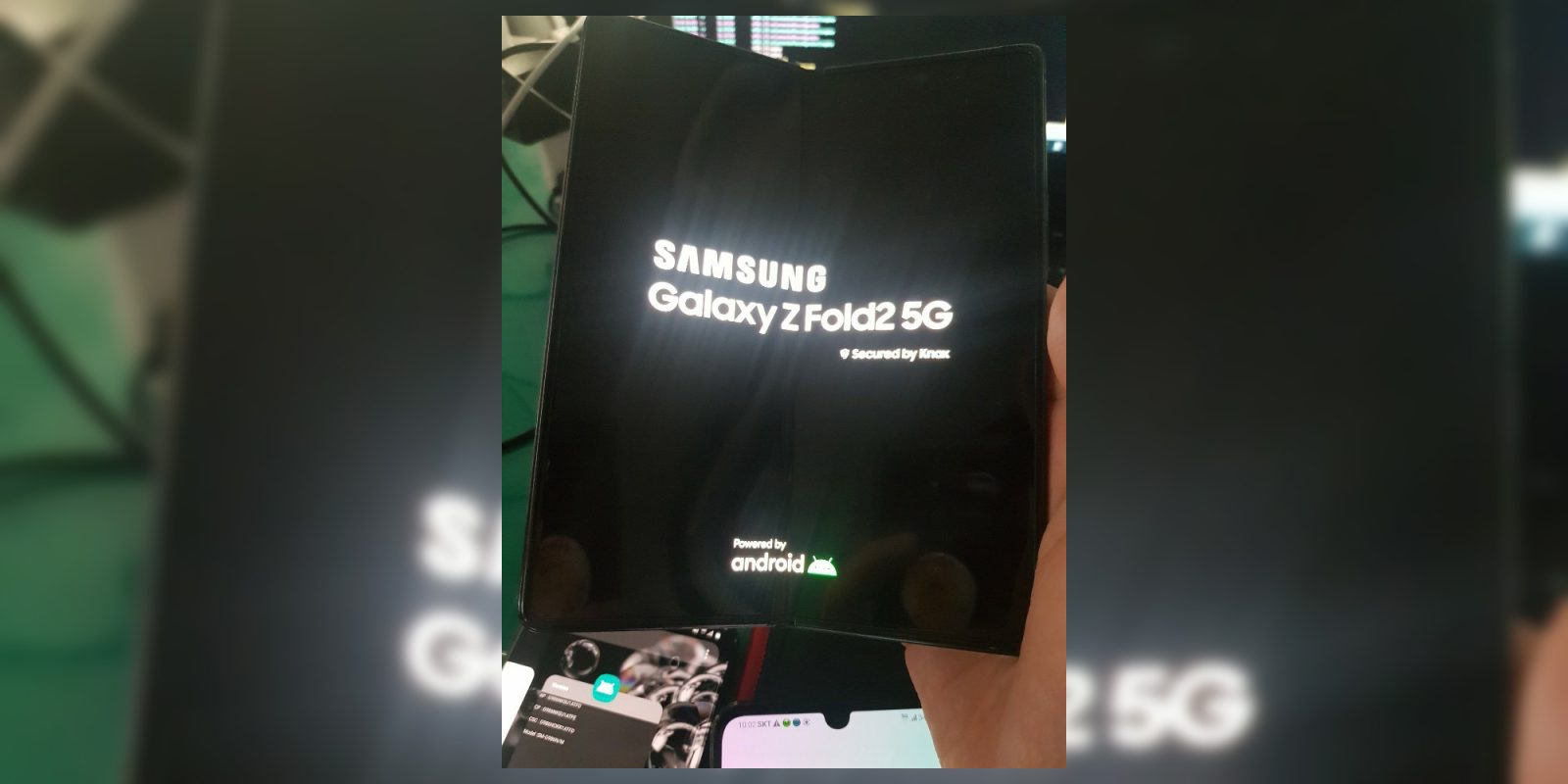 Ahead of its launch next week, Samsung’s upcoming Galaxy Fold sequel has remained mostly in the dark so far. Tonight, a fresh image of the Galaxy Z Fold 2 has hit the web, showing off the internal display and confirming the new name.

Leaked on Naver (via Max Weinbach), an in-the-flesh image of the Galaxy Z Fold 2 confirms a couple of key details about the upcoming foldable. For one, it confirms Samsung’s new naming scheme. As previously reported, the device is named Galaxy Z Fold 2, following the new series branding introduced with the Galaxy Z Flip earlier this year.

Further, this image confirms the hole-punch on the internal display of the Galaxy Z Fold 2. It’s a bit tough to see given the glare from the logo on screen, but it’s clear the camera has moved and, just like previous reports claimed, it looks to be a hole-punch. Given there are no images of the screen completely on, there’s no proof of whether or not there is a bigger cutout, but it’s certainly exciting to think the notch from the original Galaxy Fold has been done away with.

Hopefully, more images of the Galaxy Z Fold 2 will come from this same user and, if so, we’ll update this article accordingly.