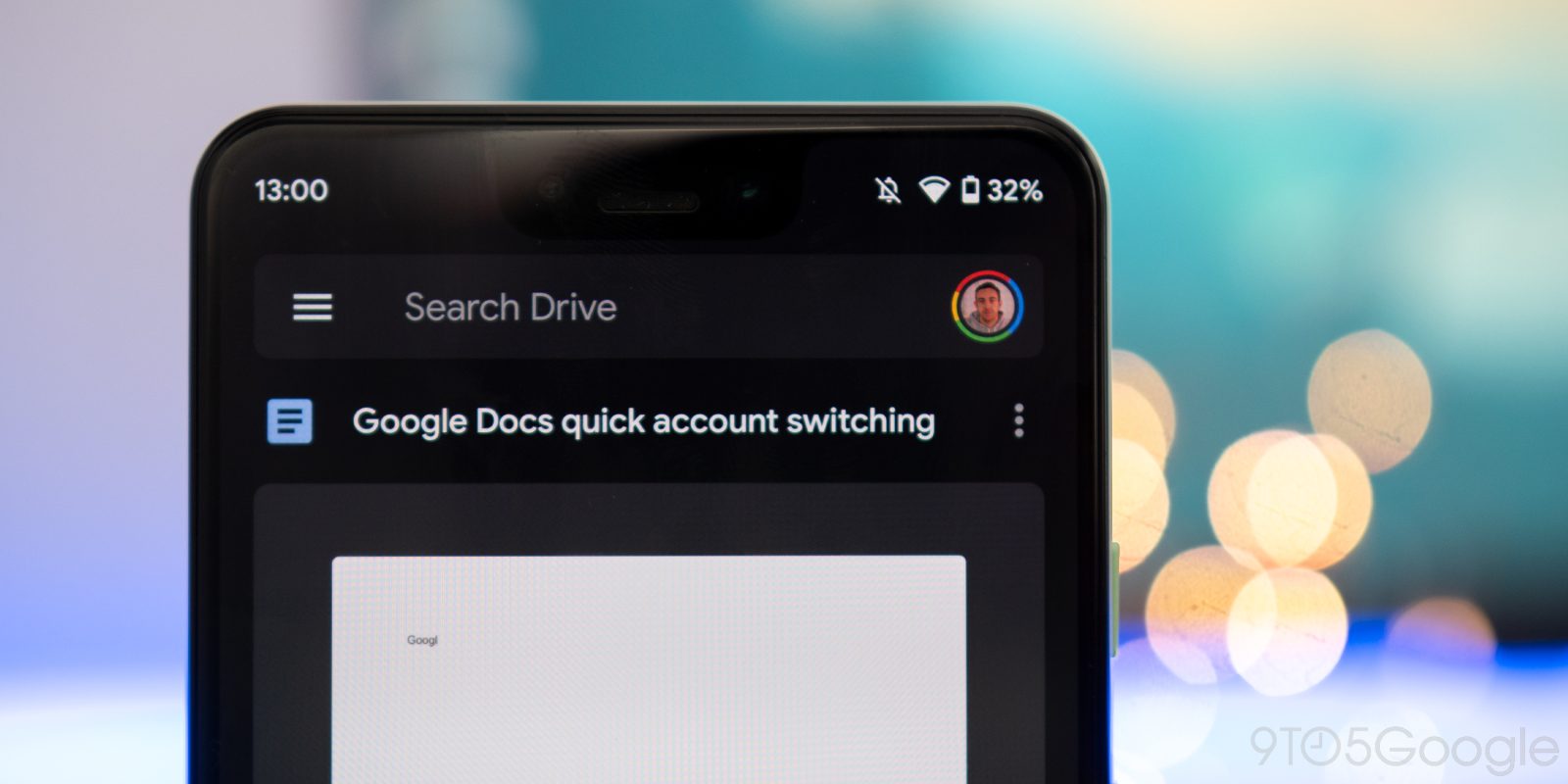 One element of Google’s latest design language is having your profile image appear in the top-right corner of every application to emphasize how you’re logged in. This Google Account switcher is now getting tweaked to launch a fullscreen interface.

You can still swipe up and down to quickly switch accounts. However, tapping your avatar will launch a fullscreen interface instead of the previous floating pane that was only as tall as needed. As part of removing the navigation drawer, which conflicts with gesture navigation, Google’s apps have increasingly placed settings here.

It’s mostly the same UI as before, and the variance in whether the list of signed-in accounts are fully shown or are hidden carries over. Links to “Privacy Policy” and “Terms of Service” have been moved to the bottom. This is a rather odd change that removes context by hiding what app you were previously in.

The one device that this tweak is rolled out to sees all first-party apps impacted and using the fullscreen interface. Examples in this post are focused on Maps, but we’ve also encountered it in Gmail, Drive, Play Store, and the Google app.

Google Maps for iOS has a similar effect, but after hitting the profile avatar, you are first given the old UI. It’s not until you scroll that the switcher expands to take up the entire display with a nifty accompanying animation.

So far, the fullscreen Google Account switcher isn’t widely rolled out on Android, and it’s not yet appearing on any other device.