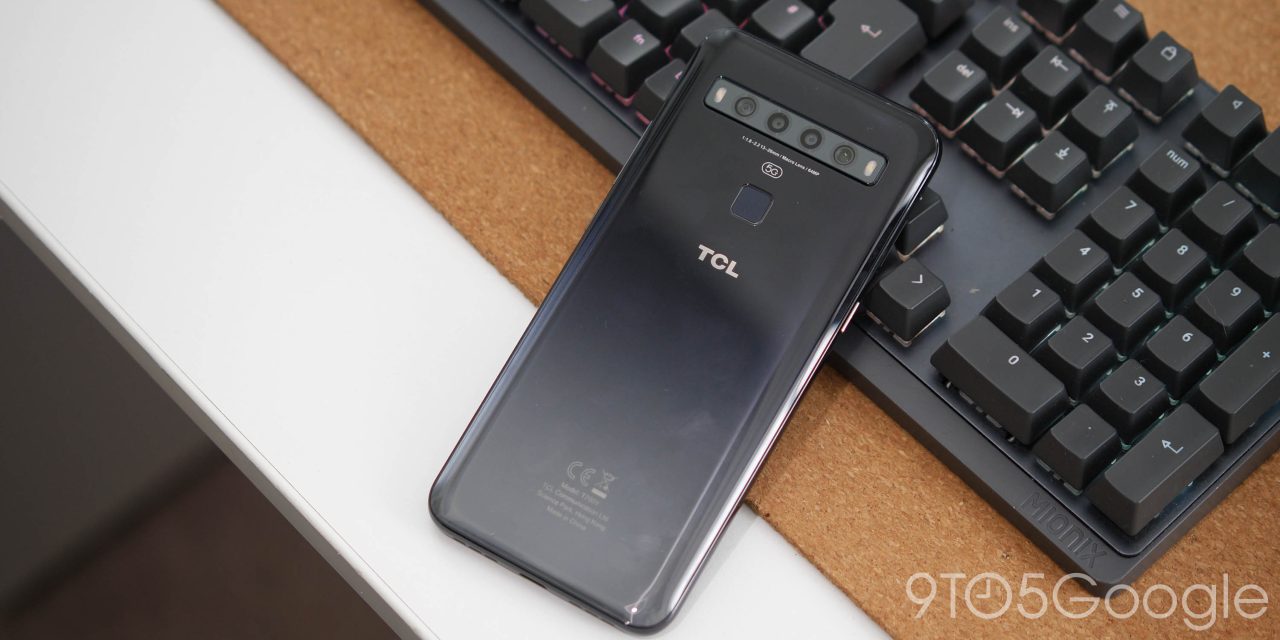 No doubt hoping to capitalize on its recent releases the TCL 10 5G is looking to provide you with yet another affordable Android device — but this time with 5G connectivity.

Thanks to the added “5G tax” added to the majority of Qualcomm’s upper mid-range and flagship tier CPUs affordable smartphones can be a little bit of a minefield. Although on the other hand, they offer the most flexibility for the tenacious buyer.

TCL clearly understands that having announced its own 10 series to provide a lot of what was previously expected at a far higher entry cost. Although that is easily one of the fastest-growing trends in recent years, mid-range or modest hardware that leverages some “high-end” inclusions. The TCL 10 5G might be one such device, with affordable pricing with a sprinkling of hardware quality.

Our biggest question is if TCL can strike twice with the TCL 10 5G — and now with the help of the Qualcomm Snapdragon 765G chipset. At first glance, this could be one of the sub-$500 smartphones to beat at the latter stage of 2020. The bigger question is if it can usurp it’s own 10 series sibling and be a better overall buy.

On paper, the TCL 10 5G seems to have a very nice — but weird — mixture of hardware. It relies on the Qualcomm Snapdragon 765G chipset and 6GB of RAM. That’s likely going to be pretty similar in specifications at least to the upcoming Pixel 4a 5G and even the Pixel 5. That might grab the attention but there are some other notable external and internal design decisions that clearly separate the upcoming — and existing — Pixel series and the TCL 10 5G.

Externally, the TCL 10 5G feels like a hybrid of the 10L and the 10 Pro — both of which we reviewed earlier this year. It’s not as refined as the TCL 10 Pro, but nor does it feel as cheap as the TCL 10L. It’s a chunky smartphone that feels substantial in the hand. The glass and aluminum build feels hefty and well packed; this doesn’t feel cheap or hollow in any way.

The placement of the rear fingerprint scanner is really nice, while the sensor itself is responsive and accurate. I’m not a huge fan of the square shape but it sticks to the boxy design language that TCL has adopted with the entire 10 series. Having extras like the headphone jack will no doubt be great for those not convinced by wireless audio too.

At 6.53 inches, you’ve got a lot of phone to play with, which means if you are looking for a smaller device, this might not be the one for you. My biggest gripe is the inclusion of an IPS LCD display rather than an AMOLED, but it’s not a terrible panel by any stretch of the imagination. It gets reasonably bright, and the colors are nice and vibrant in the NXTVision. I do like that it is flat though, which ensures that every single interaction feels more natural and responsive.

Like it’s slightly older siblings, the TCL 10 5G comes pre-loaded with Android 10. I’ll reiterate what I have said previously about TCL software: this is both a blessing and a curse. The TCL skin isn’t bad, but it’s quite an alteration over what you might have seen before. I still don’t think it’s bad per se, but the quirks remain.

On top of that, we’re still only expecting one year of major OS updates, with a further year of bi-monthly security patches. After some thought, there is no real defense for this. I think it’s a little snide of TCL to be so blasé about the software support.

For those worried about current performance levels, you shouldn’t be as the TCL 10 5G is snappy without feeling blazing. It manages to do just about everything a modern smartphone user would want to do, including some high-end games but it remains to be seen just how 6GB of RAM will hold up over time. I still feel that 8GB would have been a better option for true long-term viability — especially when the software optimization isn’t going to be on par with some other firms.

One little nuance I noticed that seemed to happen quite frequently was that when using the Android 10 gestures, the TCL 10 5G might stop recognizing the swipe up gesture when unlocking from cold. It doesn’t last very long, but it has been a frustrating little quirk I have noticed quite a few times during my hands-on period.

If you are a real stickler for the software — and who isn’t nowadays — then you may want to steer clear of the TCL 10 5G.

It’s nice to get a quad-camera setup on the TCL 10 5G when it costs this little. Like the other TCL 10 series devices, the 5G camera results are okay but can be a little oversaturated.

The 64-megapixel main sensor is partnered with an 8-megapixel ultra-wide-angle lens, 5-megapixel macro lens, and a 2-megapixel depth sensor. None of these are particularly groundbreaking for an affordable smartphone in 2020, but there is some flexibility on the offer here.

I will say that the Super Night mode is actually really impressive. It’s a great long exposure mode that really does produce some excellent — ultra-bright stills. It stacks up well against the Pixel 4 Night Sight but does feel a little more “fake.” However, I think in some scenarios I prefer the TCL 10 5G long exposure night mode.

Video is one area that I was also suitably impressed, at least thanks to the gyro-EIS. It’s some of the smoothest video that I have tested in recent months. That said, the footage you gather suffers from vastly oversaturated colors, which does ruin the smooth, sharp results.

I have found the battery to be the strongest portion of the entire TCL 10 5G package. It’s by no means class-leading nor is it even exceptional, it’s just very good. A 4,500mAh battery is by no means massive, but it manages to power me through a day with plenty of headroom leftover just in case.

I regularly saw six to seven hours of screen on time, which is more than enough for my use case. Personally, if I really needed it to, I think I could just about stretch the TCL 10 5G into a second day of usage where needed. However, I have been unable to access 5G networks in my area, which I imagine would really start to sap and attack that battery longevity.

I get the feeling that the TCL 10 5G aims to stacks up quite closely with the OnePlus Nord but doesn’t quite hit the mark in the same way. The software update conundrum is one that worries me the most about the entire TCL 10 series, but that might not bother some people out there.

The TCL 10 5G still cameras are overall pretty mediocre when it matters most, but the battery life and overall experience are pretty darn good for the price. TCL hasn’t hit a winner here, it’s just a solid punt down the middle that gets the job done.

The TCL 10 5G is yet to go on sale in the US but is already available in some European markets with carriers such as Three UK offering the device for as little as £19 per month.