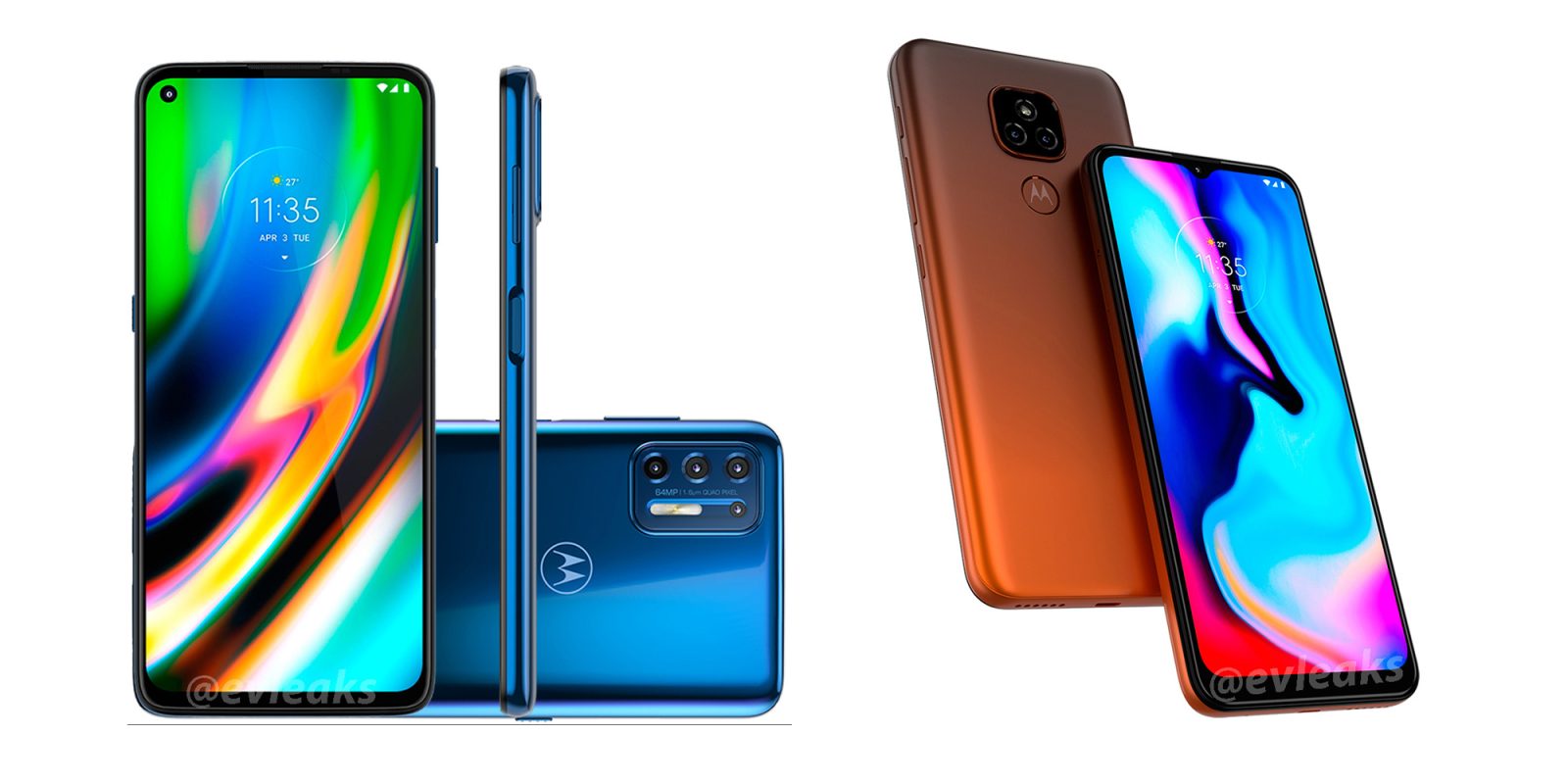 The Motorola Moto G9 Plus and Moto E7 Plus have now leaked in press renders showcasing the upcoming designs and hardware of both affordable Android devices.

These renders have come courtesy of Evan Blass or @evleaks as he’s more commonly known on social media with these devices likely to receive a launch sometime in the not-too-distant future.

Very little else is known about the devices but the designs are exceedingly colorful but do hint at some of the hardware we’re going to see at the very least. Starting with the Moto E9 Plus renders, we can see that Motorola has decided to follow Samsung’s lead with some matte metallic finishes on what looks like a rose gold or bronze and metallic blue.

There’s room for a quad-camera setup at the rear which we are told is likely to include a 64-megapixel main sensor, we’d imagine that will be paired with an ultra-wide-angle lens, possible depth sensor, and macro camera. Although we hope for a telephoto, recent Moto devices have lacked that lens. While at the front, the Moto G9 Plus looks set to come with an upper-left punch-hole notch this time around.

These Moto G9 Plus renders also show what appears to be a power-button mounted capacitive fingerprint reader. While there is no room for the headphone jack this time around.

As for the Moto E7 Plus renders, they showcase a more run of the mill Motorola design than the Moto G9 Plus. There’s a large display with dewdrop notch, while the rear looks to have a centrally placed double camera setup with LED flash. Underneath it looks like the Moto E7 Plus will retain the trademark Motorola fingerprint scanner hidden within the brand logo.

Blass has previously shared images of the supposed Moto E7 Plus specifications, which hints that we’ll see the Qualcomm Snapdragon 460 chipset, 4GB of RAM, and 64GB of internal storage. The Moto E7 Plus could also come with a large 5,000mAh battery too.

While the renders of the Moto E7 Plus show us the setup, we also know thanks to the aforementioned leak that this device will include a 48-megapixel main sensor with “Night Vision” — presumably a long exposure night mode.

No further details of what to expect from the Moto G9 Plus were shared alongside the renders, so the internals remain a mystery as yet. However, we imagine it will pack a punch at a low price point — as many Moto-branded devices have done in recent years.