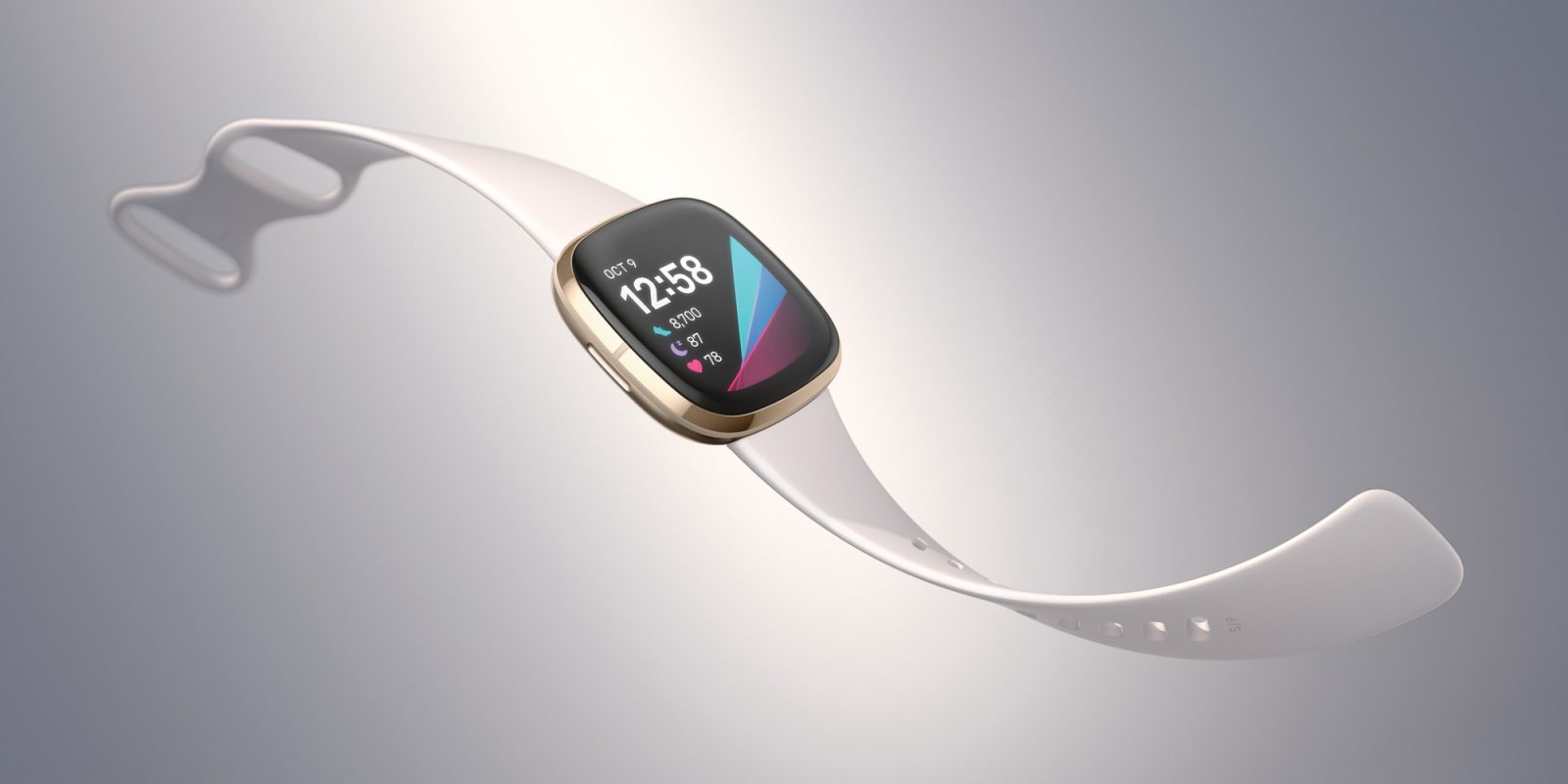 While Google’s acquisition of Fitbit sits in limbo, Fitbit is today launching three new pieces of hardware. The Fitbit Sense is the company’s latest flagship smartwatch and it packs some seriously impressive health hardware to rival the Apple Watch and Samsung Galaxy Watch 3.

Fitbit Sense is essentially a successor to the company’s Ionic smartwatch that was released in late 2017. This new hardware, though, takes inspiration from the Versa’s design while including much more hardware under the hood.

Diving straight into the health features, Fitbit Sense introduces two new sensors — ECG and EDA. The former may sound familiar from the Apple Watch and latest Samsung smartwatches. That sensor allows the watch to take an electrocardiogram that can detect atrial fibrillation and allow users to better monitor their heart health. The new ECG app asks users to hold their fingers on opposite corners of the Sense to capture a reading and display it on their smartphone. Once captured, the data can even be exported and shared with a doctor.

As we’ve seen on the Apple Watch, ECG can be a potentially life-saving feature, but it won’t be available on Fitbit Sense right away. The company says it is awaiting FDA clearance for the feature in the US or clearance in other regions where Sense will be sold.

Catch up on today’s other Fitbit announcements:

Beyond ECG, Fitbit Sense also introduces sensors for tracking your stress. Using the EDA Scan app the Sense can measure a user’s electrodermal activity, an indicator of stress. When stress is detected, the Fitbit app can offer tips to help reduce that. An EDA scan is performed by covering the Sense with the palm of your hand, Fitbit Premium users will also get more enhanced metrics on exertion balance, responsiveness, and sleep patterns as well.

Along with the new functionality unlocked by the Sense, all Fitbit users will gain access to a new “Mindfulness” tile in the Fitbit app. That tile can set and track goals relating to stress as well as offering meditation data and, relaxing sounds, and more.

Rounding out the new health features is a skin temperature sensor. This sensor can track your skin temperature each night so you can “be aware of trends over time.” Of course, the standard health features are here as well including heart-rate tracking (which uses improved hardware), exercise tracking, and more. There’s also built-in GPS, a speaker for phone calls, and an “edge-to-edge” AMOLED display that offers always-on-display and auto-brightness. NFC is also included for Fitbit Pay.

In terms of software, Fitbit says that the interface on Sense has been “completely redesigned” with customizable widgets, redesigned notifications, and more. For the first time, too, Fitbit is delivering Google Assistant integration in addition to Amazon Alexa. Outside of Google’s Wear OS platform, Fitbit is the only other wearable platform offering this, a big bonus for Android users! Despite all the new goodies, battery life is still rated for “6+ days.”

Fitbit Sense will be available for $329 in the US starting in “late September.” Pre-orders will be open today on Fitbit.com and through other online retailers. Sense will also be available in Australia, Canada, Europe, Hong Kong, India, Japan, Mexico, New Zealand, Singapore, and the UK. Pricing varies by region. Colors include carbon/graphite stainless steel and lunar white/soft gold stainless steel.