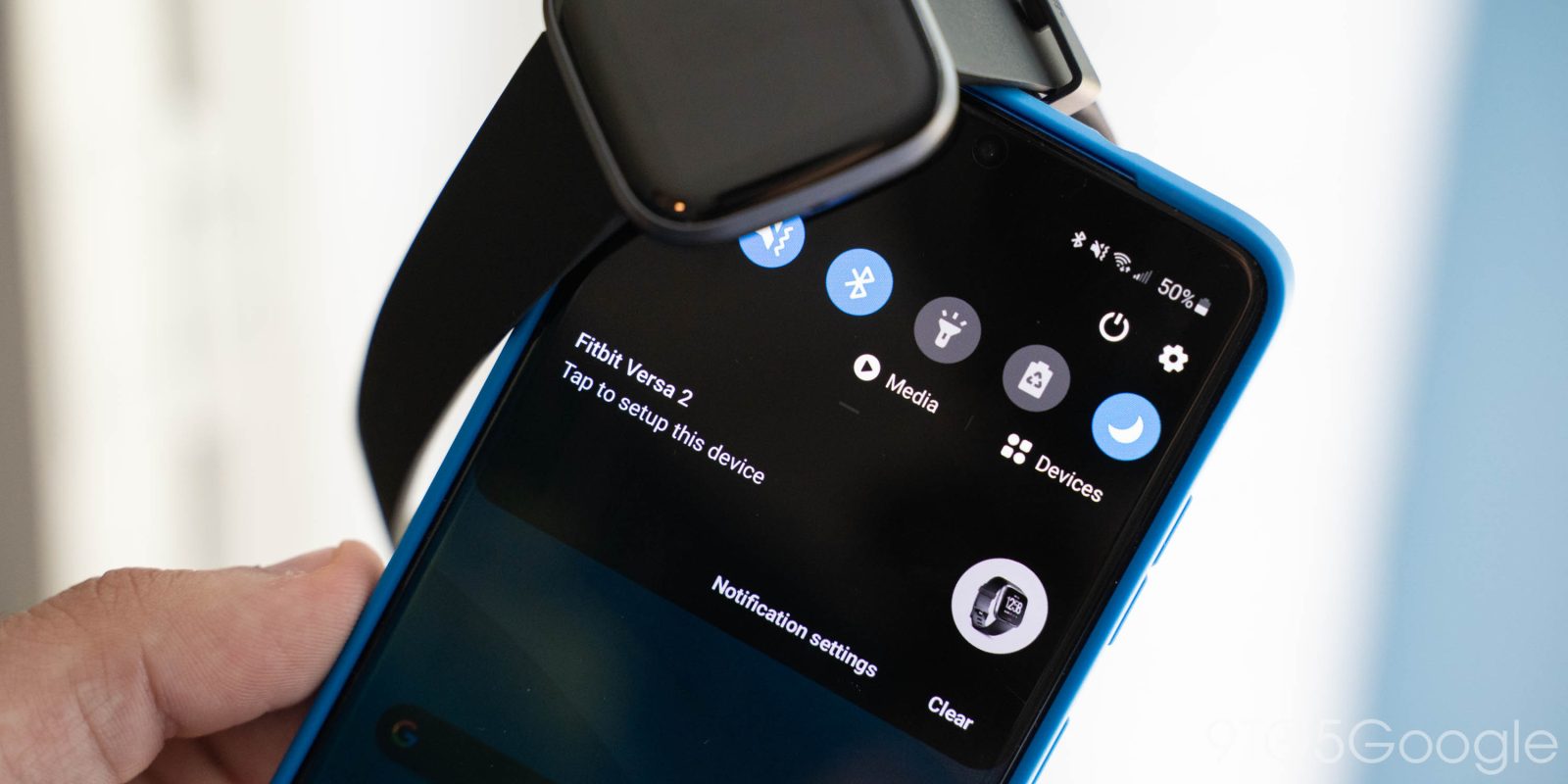 Thanks to Google Play Services, Android smartphones can recognize some accessories that need to be setup in the area such as Chromecasts, Wear OS watches, and more. Recently, though, Android devices have picked up the ability to get setup notifications for nearby Fitbit devices.

We’re not exactly sure when this change occurred, but within the past few weeks, it seems an update to Google Play Services has opened up the ability for set up notifications to arrive regarding nearby Fitbit devices.

I encountered this by chance today as a Fitbit Charge 4 and Fitbit Versa 2 were charging up on a nearby desk. When they powered on, my Galaxy S20+ was sent notifications prompting me to set up both devices. The look of that notification is identical to what you’d see with a nearby Wear OS watch or another accessory that takes advantage of this Google Play Services feature. When tapping the notification, I was directed to the Google Play Store to download the Fitbit app. Presumably, the notification would have led me to that app directly had it been installed already.

This change, of course, comes after news of Google’s plans to buy Fitbit, but that deal still hasn’t been finalized. It’s also unclear how this is suddenly possible. It wasn’t present when I tested a Versa 2 earlier this year, and I confirmed with Joe Maring from Android Central that this wasn’t the case when he spent time with the Fitbit Charge 4 either.

Both units I encountered this with were new-in-box, so it’s possible new firmware pre-loaded on Fitbit’s hardware is making these Android set up notifications occur. It’s also unclear if this is happening with older Fitbit devices. We’ve never noticed this on a Fitbit Inspire HR that’s also in-house.

Of course, this isn’t a major change to how you’ll set up or use a Fitbit while paired to Android. You’ll still need the Fitbit app for the company’s smartwatches or fitness trackers. This change simply makes the setup process for a Fitbit device feel a bit more native to Android.