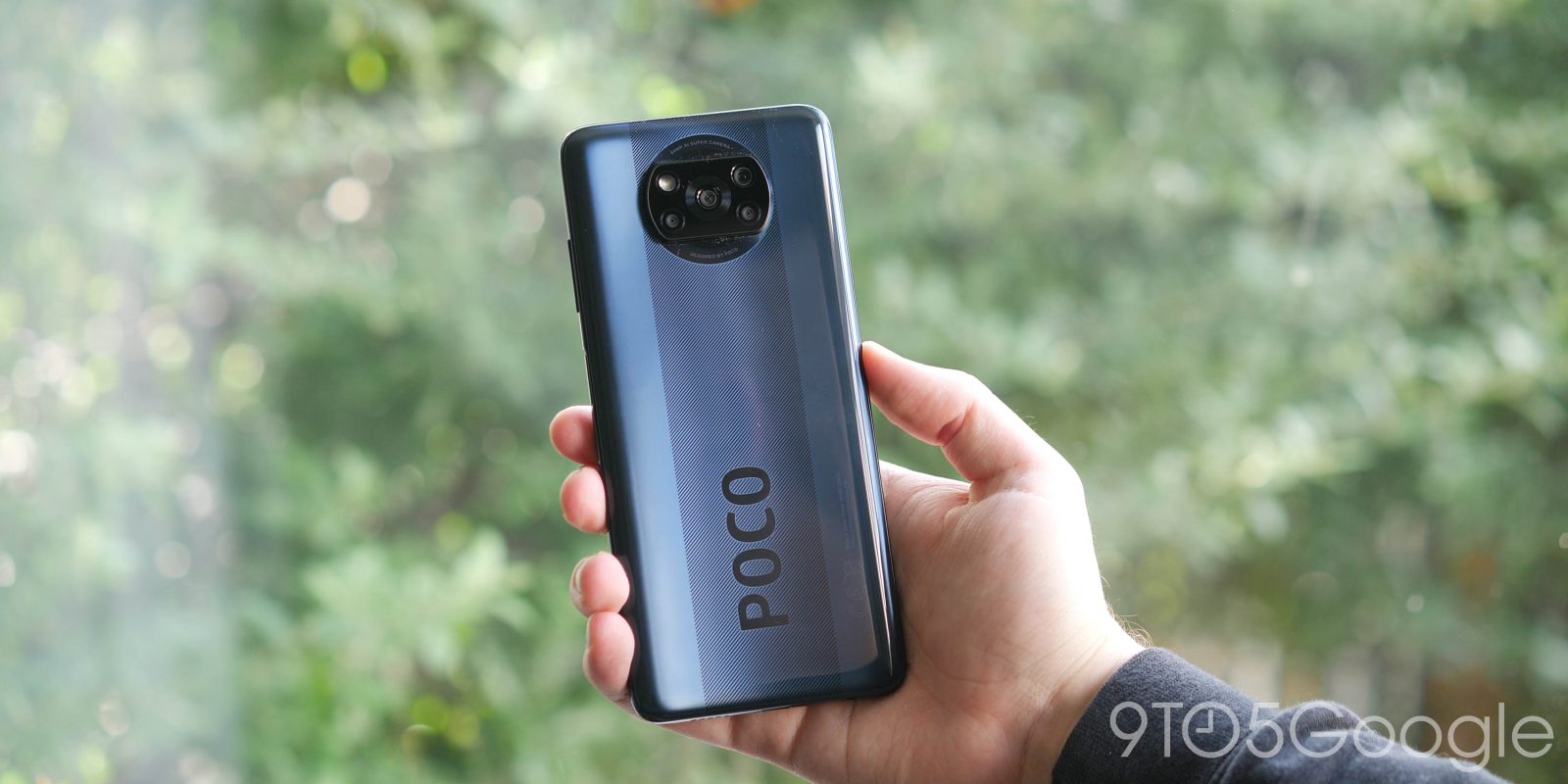 The Poco X3 NFC may not officially come to the US, but boy is this an impressive smartphone that feels like it could be an instant hit.

While the Google Pixel 4a is a sensible smartphone for just $350, the Poco X3 NFC feels like an absolute steal at around $250, £200 or €229. In smartphone terms, 2020 has proved to be a weird year. We have devices like the Galaxy Note 20 Ultra pushing $1,500, while a number of devices — including the upcoming Pixel 5 — have shifted focus towards a more “modest” price structure by adopting more “mid-range” internals.

Qualcomm’s Snapdragon 700 series has helped OEMs slap in pretty solid chipsets while driving down prices. Yes, performance isn’t quite up to the levels of the flagship series chips, but when you can get almost everything you want without the associated “price premium” it’s sensible smartphone manufacturing.

The idea that you need to spend upwards of $500 to get a great everyday smartphone experience is slowly starting to evaporate. Good phones are getting cheap, and cheap phones are just plain good nowadays. But that leads us to the Poco X3 NFC, which is actually more than good at under $300.

Affordable smartphones shouldn’t feel this good — or at least that is what previous conventions have told us to believe. The Poco X3 NFC is a thick, well put together slab that feels incredibly solid compared to its price rivals.

I was shocked that the back panel was made of plastic at first — such is the “premium” impression I felt when picking up this device for the first time. Spec-for-spec the Poco X3 NFC keeps pace with the Pixel 4a but manages to edge it thanks to a slightly upgraded Qualcomm Snapdragon 732G chipset, bigger battery and higher refresh rate display.

That polycarbonate back plate also has a large embossed “Poco” logo underneath that you’ll either love or hate. I’m still on the fence, but it’s definitely a striking look that will help your phone stand out with the go-faster tonal stripes either side.

The camera nodule at the back is also a little weirder than you’re probably used to. It’s as if the Poco design team wanted a circular camera housing and then decided to chop a semi-circle from the top and bottom. It’s striking for sure, but it doesn’t really add a great deal to the package.

Topping it all off is an IP53 splash resistance rating. It’s not quite “full” water resistance that we’d like to see, but it makes all the difference in the budget space, as many competing options simply do without this added protection. Finally, on the Poco X3 NFC hardware front, there is even an IR blaster and headphone jack on available here.

This phone comes with a flat 120Hz panel, and while it is an LCD, I have been seriously impressed with it thus far. The fact that the internals are not the most “stacked” this admittedly minor tweak helps elevate the software experience from “average” to just plain “solid.”

Oh and this is also in the FHD+ flavor. It feels like no corners have really been cut — save the LCD over AMOLED — with the punch-hole not eating into what is a truly massive 6.67-inch edge-to-edge experience. It’s pretty sharp with a 1,080 by 2,400 pixel resolution with a solid 395ppi.

Now it isn’t all roses with the Poco X3 NFC display, as the pixel response time can be a little slow. This results in some ghosting when scrolling, but this isn’t always visible or verifiable at first glance. The variable refresh rate can also be a little jarring when it switches from 60 to 120Hz but interactions are great thanks to the 240Hz touch sampling rate.

My biggest gripe is the 460 nit peak brightness, although this does get as high as 630 nits in direct lighting conditions using the auto-brightness settings. I can live with these admittedly modest display quirks or trade-offs for a 120Hz panel at this cost.

One really impressive portion of the Poco X3 package I didn’t anticipate was the device haptics. They don’t quite match up to the Pixel 4a, but boy are they good. Usually it’s something to instantly deactivate on a cheap smartphone, but the feedback is really full bodied and satisfying when typing and tapping.

The Poco X3 comes with the latest version of Xiaomi’s MIUI 12, which might be a real shock to the system for people used to clean smartphone interfaces. The visual elements are very much an acquired taste, but I suppose variety is the spice of life after all.

I must admit I did slap Lawnchair Launcher when I first I fired up the device but then decided to stick with the Poco Launcher for a little while longer so as to soak up a more “real-world” experience. It’s not bad at all — the fact that the Google Discover feed and numerous default apps are Google options is a huge plus point. You will notice a few bloaty duplicate system apps here and there though.

One major gripe that needs to be addressed is the potential ads within MIUI 12 unless you try to deactivate them within the device’s Settings app. I did try disabling them using some of the most common methods but was unable to find the culprit for these. Instead, I could only deactivate ad preferences, which didn’t seem to remove the ads when using specific system applications.

So when uninstalling an application or viewing certain Settings menu sections on the Poco X3 NFC, you may be served an ad for other Xiaomi applications or even added services and products. They are not massively intrusive, but they are there.

It’s this that possibly helps keep that pricing down as non-tech-savvy owners might simply leave them enabled without using root tactics to remove them. Are you more concerned with low pricing or being served ads? I think I can just about deal with this given those sections are areas I don’t spend a ton of time, so I simply don’t see them. Granted, I left them enabled to see if there was a performance hit — luckily there isn’t.

As for the performance of the device, the 120Hz panel helps mask some minor slowdowns when you get bogged down in applications, but the 6GB of RAM and Snapdragon 732G chipset can do just about anything you’d want to do daily. Multi-tasking manages to be plausible, but you will see some cracks when trying to run a ton of apps at once.

High-end gaming is one area where the chipset starts to creak with graphical settings needing to be lowered, but overall the entire interface and software experience is relatively snappy and smooth — again the high refresh rate helps massively in masking things.

I’ve been particularly impressed with the quad-camera setup on the Poco X3 NFC from the get-go. The inclusion of a 64-megapixel sensor means that you get crisp, detailed shots using that main sensor, but Xiaomi has dialled up the noise reduction quite heavily.

As you’ll find or notice with most Xiaomi devices, the Poco X3 NFC really likes to dial up the saturation in most scenarios. That isn’t always the case, as sometimes images can be muted or flat. I’m not sure if this is because of the AI tuning but my advice would be to disable this out of the box.

Having multiple lenses is good, but the only useful inclusion is that of the ultra-wide-angle lens. Images do instantly get softer and exposure is a bit of a lottery, but overall, it’s a valuable addition to your photographic arsenal. The macro and depth sensors feel tacked on and barely add anything to the complete Poco X3 NFC camera package in my opinion.

When taking selfies, you’ll notice plenty of skin smoothing in the 20-megapixel shots. The results are pretty clean and crisp, but it’s a similarly mixed bag depending on the lighting conditions or subject. As someone who doesn’t take many selfies, the end results are acceptable for my use-case.

A huge 5,160mAh battery is nice because it gives you plenty of headroom even if you are a heavy user of your smartphone. Add in 33W fast charging and you can go from 0 to 100% in around an hour. That’s more impressive given the price-tag and the sheer size of that internal cell.

Using the Poco X3 NFC with my secondary SIM, I could easily see three days without needing to seek out the charger. Heck, when pushing it to the limits and glued to the display watching YouTube, controlling my Chromecast, texting, and calling, it felt hard to kill in a 24-hour period.

Games are the biggest taxing factor on the battery, but the Poco X3 NFC can handle extended gaming sessions without too much issue. This device is among the longest-lasting smartphones we’ve tested thus far in 2020.

If we laud the Pixel 4a for such an impressive experience at just $349, then the Poco X3 NFC deserves just as many plaudits for giving you just a little bit more for nearly $100 less. I’m astounded at how good this phone is given its pricing. While MIUI 12 isn’t exactly as nice to use daily as Android One or the 4a’s iteration of Android 11, I’ve not once felt like I’m missing out on anything here.

Battery life is exceptional, the large size great for consuming media. Having a 120Hz panel at under $300 cannot be overstated either. While there are some minor stutters and the odd advert here and there, they are so infrequent that you’ll likely never notice. Ads are my only major concern, but I’ve only seen the a few times here and there that it doesn’t even register.

The Poco X3 NFC is arguably — bold claim incoming — the best budget device I’ve actually ever used. I literally cannot think of a smartphone that costs so little but manages to offer so much. The imperfections are easy to forgive as the pricing is just so “right” for a mid-ranger. If you are able to get hold of one for yourself, then you simply won’t be disappointed.

Where can I get the Xiaomi Poco X3 NFC?

Due to the limited international availability, the Poco X3 NFC can be purchased directly from Xiaomi in global markets or directly from Amazon in the UK.