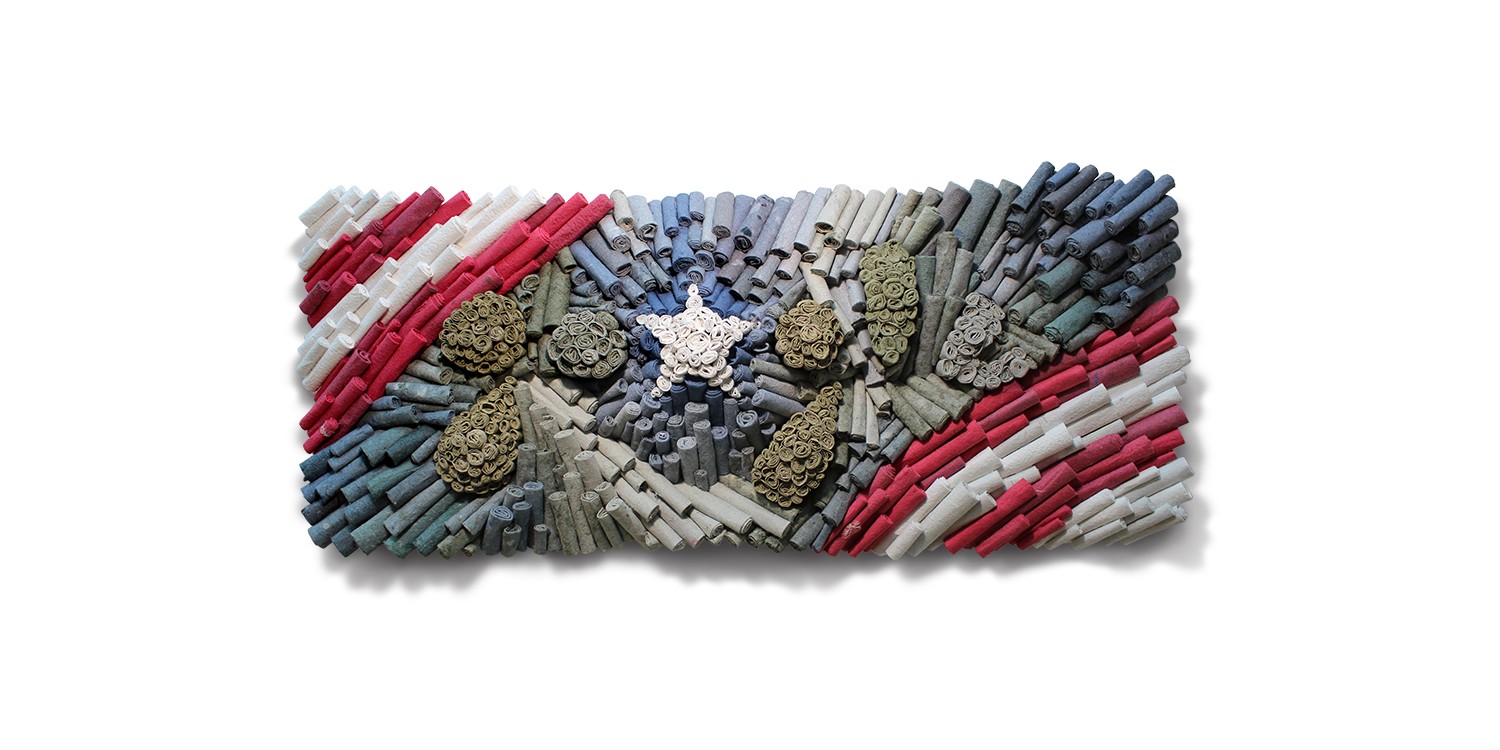 November 11 is Veterans Day in the United States, and to celebrate, Google has enlisted the help of an Air Force veteran who crafted a Doodle from military uniforms.

For over 75 years, Veterans Day has been a federal holiday in the United States, initially ratified by Congress in 1938 as “Armistice Day,” celebrating the anniversary of the armistice agreement that ended World War I on November 11, 1919.

To honor our military on Veterans Day, one of only ten federal holidays in the United States, Google has replaced their homepage logo with a beautifully arranged Doodle. What really adds a special touch to the artwork is that each roll is made from the cloth of military uniforms that were donated to the creation of the piece.

Specifically, the Doodle is made from ten different uniforms of varying age from multiple branches of the US military including the Navy, Army, Air Force, Marine Corps, and Coast Guard. These uniforms were deconstructed and made into a kind of paper, then ultimately rolled and arranged in the way you see it today.

Jenn Hassin, the Doodle’s artist and an Air Force veteran herself, is featured in an interview on the Doodle Blog where she explains the deeper symbolism behind the rolls created from the uniforms.

My artistic process revolves around transformations. For this project, I first transformed military uniforms into soft cotton rag paper, then rolled the paper into spirals as a symbol for life. One aspect of military service that I’ve found is a common thread amongst my peers is that our time in uniform transforms us in one way or another, and I hope that comes across.

Another example of symbolism in this Veterans Day Doodle is in the colors used. Except the patriotic red and white used for the star and stripes, all of the colors used are normal hues of various US military uniforms.

The deeper meaning that Hassin would like this Doodle to evoke from viewers is a desire to go deeper into conversation with a veteran. If they’re willing to talk about their time in the military, consider asking questions about where and why they served, to learn more about and from their experience.

I hope that the message tied to this work implores people to not just thank a veteran for their service today, but to ask them a question such as “where did you serve?” and “what made you join?” Dig deeper than the surface and you might walk away feeling less intimidated by what it means to serve and realize that the veteran you just spoke to has things in common with you, too.