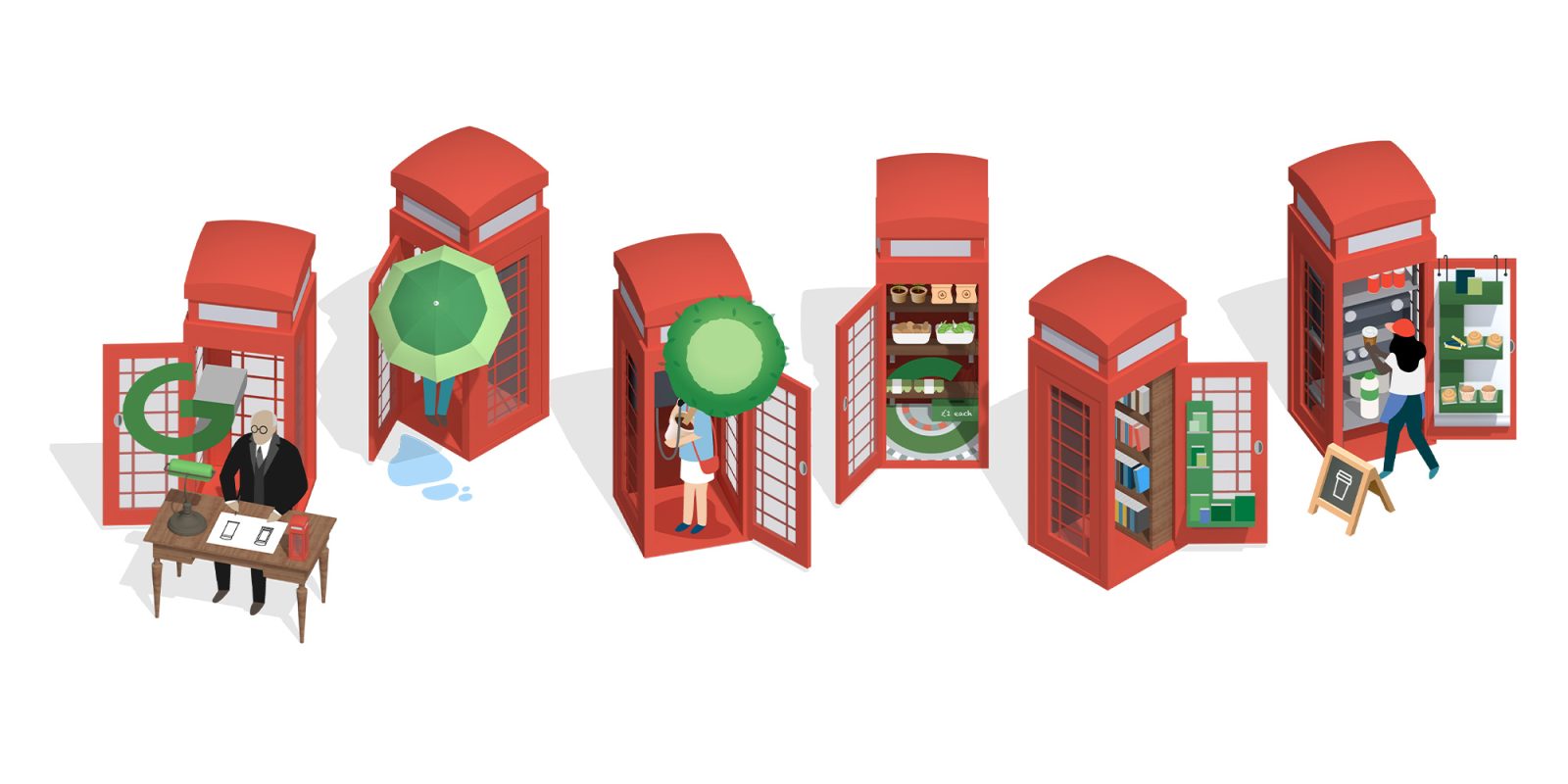 Today’s Google Doodle in the UK celebrates the 140th birthday of Sir Giles Gilbert Scott, the architect and designer of one of Britain’s most iconic street symbols — the red phone box.

Who is Sir Giles Gilbert Scott you ask? Well, Sir Giles was born on this day in 1880 in London, England. Coming from a family of significant architects, his mother would often take him and his siblings to visit and view similarly iconic churches and buildings throughout the English countryside — likely seeding future ideas in his mind.

At just 21, Sir Giles Gilbert Scott (then just Giles Gilbert Scott) won a contest that saw him work on the Liverpool Cathedral. This would prove to be one of many churches he helped design and tweak throughout his impressive career.

Sir Giles Gilbert Scott grew to become one of the most prominent and influential architects of the 20th century. He also helped design some of the most culturally significant landmarks throughout Britain including Battersea Power Station. But it is likely the now-iconic red phone box for which he is best known. In 1924 he designed the first iteration of the payphone, but tweaked and refined his design later on in 1935.

While the age of mobile phones and Wi-Fi have rendered many red telephone boxes obsolete, such is their cultural heritage they are often retrofitted into Wi-Fi hotspots or offer tourist information up and down the length and breadth of the United Kingdom. In 1924, Giles Gilbert Scott became Sir Giles Gilbert Scott after being awarded a knighthood. Then, in 1944, he was given arguably one of the highest honors a Briton can achieve — the Order of Merit.

Q: Why was this topic meaningful to you personally?

A:I see the phone boxes everywhere. Even though technology has evolved and we don’t need to go to the phone boxes to make a call anymore, they remain a part of our lives. It’s my pleasure to illustrate Sir Giles Gilbert Scott and one of his most iconic designs.

Q: What were your first thoughts when you were approached about the project?

A:I promised myself that I would bring these phone boxes back to life and remind people of the past and present through six boxes. I wanted to showcase the memory lane of Britain, through Sir Giles Gilbert Scott’s iconic design.

Today’s animated Google Doodle was designed by UK-based Jing Zhang and celebrates the changing face of the red phone box throughout the ages. From being drafted as a concept to the myriad of usages that many have found to ensure these mini landmarks remain upon the streets of Great Britain. Each letter of the Google logo is safe from the elements in each phone box — with the “O” being rendered as a typically British umbrella.