Pixel 4a vs. Pixel 4a 5G: Which is the right affordable Pixel for you? [Video] 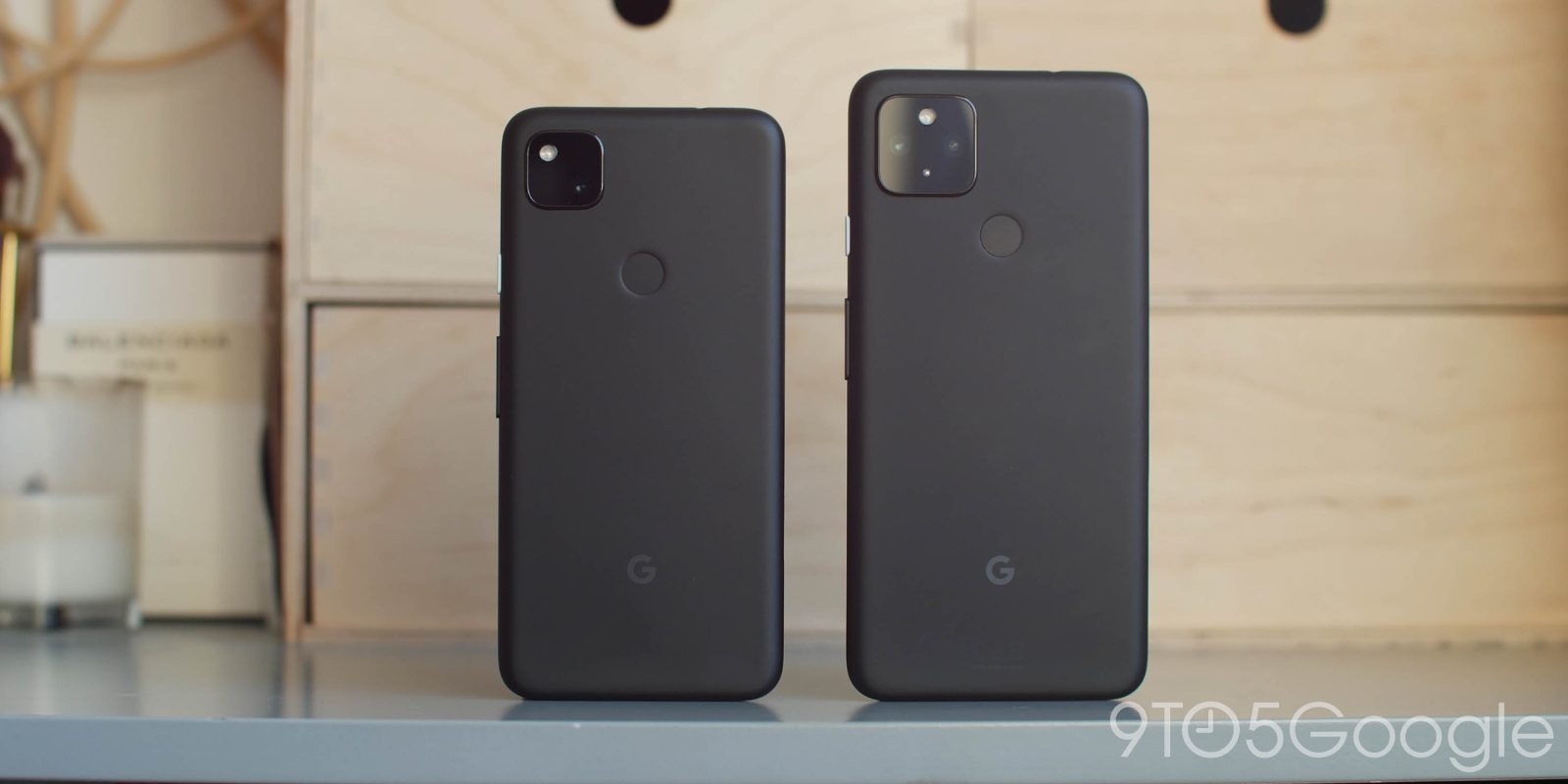 How far does your budget stretch when it comes to picking up a new phone? If you want something cheaper, and with the “true” Google experience how do you decide between the affordably-focused Pixel 4a and Pixel 4a 5G? Let’s lay out all the cards and help you discern which is the right Pixel to potentially purchase.

You could say that this is probably the Pixel 4a and “Pixel 4a XL” but for some reason, Google decided that “5G” was a better way to describe the larger device this year. Although with one main internal difference, the Pixel 4a 5G happily shares similarities between its cheap namesake and the premium Pixel 5.

Of course, for some people spending $700 off-contract is a big ask. The 2020 4a duo are probably more enticing at their respective $349 and $499 asking prices. Like the first wave — the Pixel 3a — of lower-cost Pixel devices, they give you that trademark “Pixel experience”, the most prompt updates, plus a little bit of the camera magic. Now let’s help you choose between them.

It’s also worth noting that we’ve done similar comparisons between both devices and their previous counterparts should be interested in yet more Pixel devices:

Video — Google Pixel 4a vs. Pixel 4a 5G: Which is the right affordable Android for me?

It’s a tale of two distinct sizes with the Pixel 4a and 4a 5G. Do you want a big phone or a small phone? Although that’s not entirely the truth, as the Pixel 4a 5G does include a notable chipset bump over it’s smaller, slightly older brethren:

You can see just how closely aligned the designs of the two “4a series” handsets are when put side-by-side, although there is one notable exception when it comes to the rear panel. The Pixel 4a 5G straddles the standard 4a and Pixel 5 designs reasonably well, while still feeling like the bigger, slightly stockier brother.

Almost all of the “core” internals are practically identical, save the main chipset. With a smaller display in the same resolution, the Pixel 4a actually has a slightly better pixel density. This might be hard to discern in person though, as the bump is very minimal — from 443ppi to 413ppi.

Biometric security is provided by the Pixel Imprint rear fingerprint scanner. It’s not quite Face Unlock in terms of outright security but it’s quick, accurate, and plays nicely with facemasks. You also get a headphone jack for wired audio, with solid speakers on both devices.

Unfortunately, if you want a colorful phone then you will be disappointed here. Just Black appears to be the solo option for the entire affordable Google Pixel line in 2020. Although the solo 128GB storage option is far more sensible.

While both Pixel 4a devices are now running Android 11, because of the staggered release cycle, there are some differences here. For starters, the Pixel 4a 5G is eligible for one further Android OS upgrade than that of the Pixel 4a. This is because the smaller device shipped with Android 10 and was subsequently updated to Android 11.

The larger, and newer handset ships with Android 11 out of the box. This means that your three OS upgrades will take that device to Android 14, whereas the Pixel 4a is only eligible to get Android 13 as it has had one full OS upgrade already.

Granted the day-to-day experience on both devices is practically identical here. No core feature is missing from either device. This means that it doesn’t matter which device you end up choosing, as the software experience is effectively the same with no omissions.

You may notice some performance boosts on the Pixel 4a 5G thanks to the faster chipset. Gaming is one key area where this seems to be the most apparent in my experience. Although the biggest benefit is that of 5G connectivity on the larger device, as you can latch on to 5G networks where available.

Given that both of these affordable Android devices come in different sized bodies, they include some substantial battery capacity differences:

While on paper the difference between a 3,140mAh cell and 3,885mAh cell seems pronounced, in real-life usage, it’s not as obvious. Both smartphones offer great all-day battery life. Anywhere from 6 to 8 hours of Screen-on Time is par for the course here from both devices.

Neither device includes wireless charging, but you can top up using the 18W wired fast charging — which is starting to feel a little slower here in 2020. Hopefully, we’ll see Google up this on the next generation, as it could be much faster overall.

It’s a bit of an unfair comparison when you bring up cameras on the Pixel 4a and 4a 5G as the latter includes the same setup as found on the Pixel 5. That said, the main sensor on both devices remains the same, which means the results are effectively the same at standard focal lengths.

With a 107-degree wide-angle field of view, the secondary camera on the 4a 5G is ideal for taking shots of landscapes or just fitting that little bit extra into your shots. You can achieve a wide-angle look on the Pixel 4a, but you’ll need to use the Photo Sphere feature — but results never look quite as good as a dedicated lens.

The wide-angle lens is not the only bonus as part of the Pixel 4a 5G. All of the new video shooting modes are not yet available on the smaller device. That means that unless Google brings them along with a port for older Pixel devices if you want the best video shooting experience on a Pixel to date, then you kind of have to go for the larger, newer model.

TL;DR — Which should I choose?

Do you value a larger device footprint, an extra focal length, and some added camera video features? If so, then stump up the extra cash for the Pixel 4a 5G over its smaller brethren. Another notable is that while 5G networks are still pretty sporadic, the larger device does give you access to the superfast networks where — and when — available.

Neither smartphone is a “bad” choice though. If you are an ardent Pixel fan, then we’re sure the overall packages will more than justify their prices. Sure there are other brands that offer more on paper than the Pixel 4a and 4a 5G, but if you value some less tangible such as the software experience, then you’ll be really happy no matter which device you choose.

You can get the Pixel 4a from a number of places but can be bought with an official case (of your choice) for just $389. Best Buy is offering the Pixel 4a for just $299 unlocked with activation. Alternatively, it’s available directly from the Google Store, Walmart, B&H Photo, plus more for $349.

The Pixel 4a 5G is arguably the price-perfect Pixel. With an MSRP of $499 it’s not exactly expensive off-contract. However, you can grab it for just $299 directly from the Google Store when taking out a new Google Fi line, Amazon, Best Buy with $50 discount after activation, Verizon, B&H Photo, AT&T, and more at various Black Friday/holiday discounts.