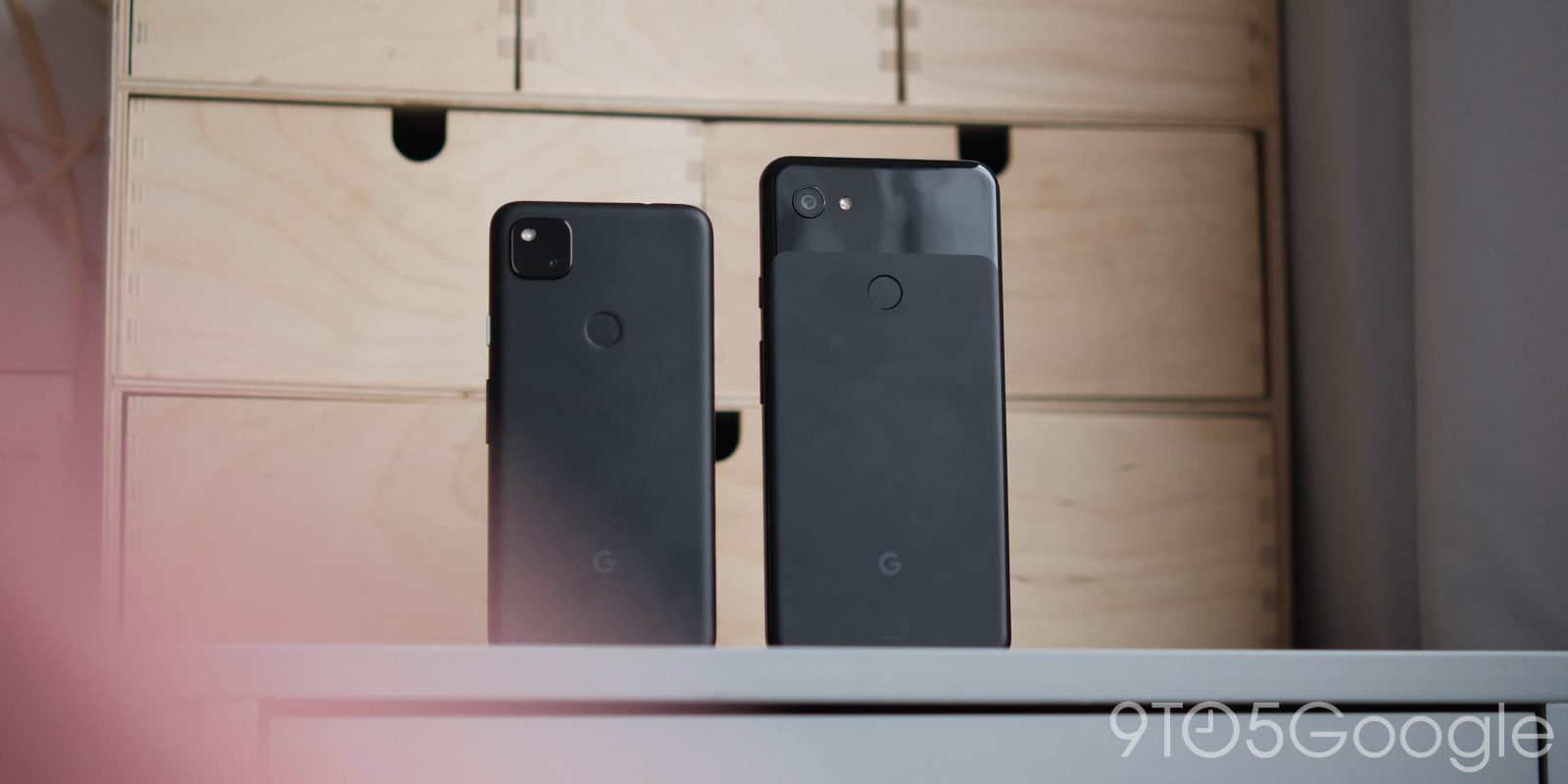 Much like the potential upgrade path from the Pixel 4 series to the Pixel 5, suggesting that someone shoul09d “upgrade” from the Pixel 3a to the Pixel 4a is a bit silly. Despite maybe being a little overdue, we’re here to examine whether this might be something to consider for those shopping for a new smartphone on a budget.

At the bottom end of the smartphone spectrum, the lower you go, the more features you tend to lose — something even more pronounced in the US market where solid, affordable smartphones are harder to come by without many of the big Chinese brands to contend with.

With the Pixel 4a coming much later in the year than expected, the actual time between its release and that of the Pixel 3a makes things a little more complicated. The Pixel 3a released at I/O in May 2019, and it wasn’t until August 2020 that its successor was quietly unveiled with little to no fanfare. While we don’t suggest upgrading after such a short space of time due to increased E-waste, a lot can change in 15 or so months.

You might be looking at the $350 Pixel and wondering if it’s a solid follow-on for a slightly battered and bruised Pixel 3a. Let’s go over the specifics and help you decide. In the interest of fairness, the Pixel 4a 5G might technically be part of the Pixel 4a series, but it straddles the fence with both the Pixel 4a and the Pixel 5 – we’ll likely compare them directly at a later date.

Video — Google Pixel 3a vs. Pixel 4a: Worth the upgrade?

This might be a bit of an unfair comparison from the outset, as the lack of Pixel 4a XL means that fans of large, affordable Pixel devices will have to bump up their budget and grab the Pixel 4a 5G instead. At $499, the Pixel 4a 5G fits a slightly different niche, and with a faster chipset means it’s not quite in the same league and would be an obvious winner in almost every regard.

In summary, the Pixel 3a and 4a don’t differ quite as much as you might have thought. The upgrades have been made in just the right areas. Upping the RAM from 4 to 6GB will really help with longevity, while the faster storage is a real tangible bonus for performance levels. Increasing the available storage from 64 to 128GB is something that will likely make a lot more difference than you might think.

The Qualcomm Snapdragon 730G provides around a 40% bump in performance over the Snapdragon 670. I can’t imagine that will be immediately noticeable. It’s the improved UFS 2.1 storage and increased RAM that will make the most difference, but it might not necessarily be immediately noticeable in general day-to-day apps and basic texting, calling, browsing, and whatnot. Gaming is an area in which the Pixel 4a should provide a decent bump over the Pixel 3a and 3a XL.

You can see that the Pixel 4a leaves behind the design language first introduced with the Pixel 2 — and continued with the 3 and 3a. The polycarbonate unibody has a fully matte finish, which should age much better than the glossy two-tone Pixel 3a. You’ll also notice the Pixel 4a camera bump is now larger and has taken some design cues from the Pixel 4 — albeit without the extra lens.

It’s the display where the most prominent changes are apparent, as the Pixel 3a and 3a XL include substantial bezels on all sides. The forehead and chin aren’t totally eradicated on the Pixel 4a, but the upper-left punch hole notch and reduced bezels on all sides mean that you get a larger display in a smaller form factor.

There’s a bump from the Dragontrail Glass used on the Pixel 3a to Gorilla Glass 3 on the Pixel 4a. However, the FHD+ resolution returns, as does the 60Hz refresh rate. It’s a series of modest hardware improvements but only if you’re willing to give up the larger form factor option.

Thanks to the Android 11 update, the Pixel 3a and Pixel 4a daily experience is typically “Pixel.” There are a few other software tweaks that are exclusive to the newer device. As with almost all Pixel devices, you might get some extra features drip-fed down with upcoming Pixel Feature Drops, though.

While there are some new additions, there are some disappointing removals. The Pixel 3a series still includes the ability to squeeze the sides of your device to activate the Google Assistant. However, the Pixel 4a comes with the more compact “new” Google Assistant that includes better controls, with all processing taking place on-device.

Performance is very similar between each device, but the extra RAM and marginally better chipset do heavily favor the Pixel 4a in longevity terms. Gaming is one area where the newer, gaming-focused Snapdragon 730G may provide a few extra frames in 3D titles in conjunction with the faster UFS storage. Having more RAM means that holding apps in stasis is also slightly better on the Pixel 4a over the Pixel 3a. It’s also worth noting that with an extra 64GB of storage, you can hold so much more on the 4a.

Daily longevity has never been an area where the Pixel a-series has suffered so far in its short lifespan. The Pixel 3a XL specifically has the longest-lasting daily lifespan of just about any Pixel to date. With no Pixel 4a XL model this year, you’ll need to contend with comparable battery life to that of the smaller 3a.

Neither device comes with wireless charging, but include 18W fast charging as standard. The Pixel 3a, therefore, charges the fastest of the three models while the Pixel 4a is not too far behind. Superfast charging speeds aren’t a fixture of the “a” series.

The Pixel 3a and Pixel 4a camera systems are practically identical — save some minor visual changes. We all know by now that the Pixel camera magic isn’t provided by the now three-year-old Sony IMX 363 sensor. It’s all in the software processing.

One big notable exclusion though is that of the Playground AR features from the Pixel 3a. You won’t be able to port Iron Man or interactive 3D characters into your photos and videos on the Pixel 4a. Instead, you’ll have to make do with the also awesome 3D Animals in Search instead.

The end results are practically identical with the rear- and front-facing cameras on the Pixel 3a and 4a. Although the Pixel 4a does have access to the Astrophotography mode that came to the Pixel 4 series in late 2019, plus has some other improvements here and there that make very marginal differences — especially with regard to processing speed.

Pixel 3a vs. Pixel 4a: Should you upgrade?

Moving from the Pixel 3a to the Pixel 4a is a much easier decision than for those looking to switch from the Pixel 4 to the Pixel 5. Unlike the flagship lines, the difference between the “a” series in 2019 and 2020 is a reasonable step forward rather than a modest step backwards.

You’ll likely see some performance boosts in most areas, which will be especially useful long term. However, the late release cycle means that if Google adheres to the mid-2021 refresh for the Pixel 5a, holding out a little bit longer might be a wise decision.

At $349 the Pixel 4a does everything you expect of a Made by Google device but without the associated price tag. In isolation, it’s the best-value Pixel smartphone to date. While the Pixel 3a led the way, it’s still technically a “first-generation” device, and with that comes more compromise. The removal of bezels, increased storage, and “mini Pixel 5” feel are great considering you’re getting more than half of the late-2020 flagship for half the price.

Where can I get the best deal on the Pixel 4a?

If you are wanting to upgrade to what amounts to the best Pixel phone to date, you can get the Pixel 4a from a number of places but can be bought with an official case (of your choice) for just $389. Best Buy is offering the Pixel 4a for just $299 unlocked with activation. Alternatively, it’s available directly from the Google Store, Walmart, B&HPhoto, plus more for $349.

Conversely, the Pixel 3a and 3a XL can be picked up for less than £200 refurbished from sites like Amazon although given the lifespan, it might not be wise if you plan on holding on for a really long time.