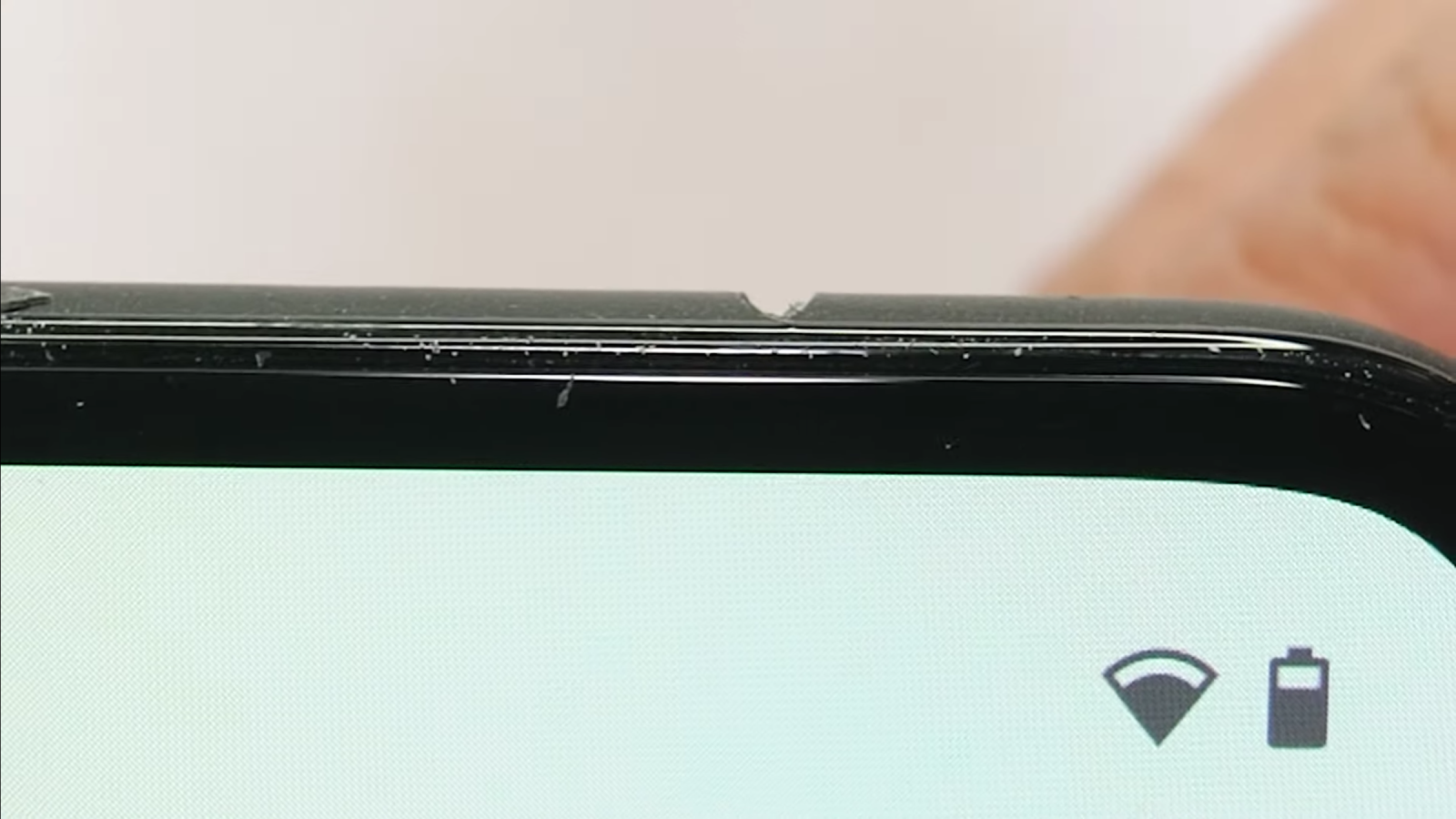 Google’s flagship phone this year has an aluminum unibody, but it is covered in a bioresin coating to allow for wireless charging. A Pixel 5 durability test revealed just how thick the coating is, while we get another look at the metal frame.

Original 12/2: JerryRigEverything kicks it off by showing that the Gorilla Glass 6-protected screen scratches at the usual level 6 with deeper grooves at level 7. The brunt of this durability test focuses on the Pixel 5’s plastic coating, which is applied in “copious amounts.”

A razor blade works to scratch layer after layer of this plant-based polymer, but it does take some time to reach that metal. Applying heat makes it easier to slice and peel, but a chemical (acetone) bath did nothing to soften it up. In practice, chipping from daily wear and tear should likely not be an issue. The metal “G” logo on the rear is inlaid and glued down.

Zach cuts an interesting V-shaped grove (as seen in the cover image above) on the top edge to show how “basically the whole curve of the phone is plastic.” On the back, continued slicing will eventually bring you to the charging coil, while the blade in this video happened to puncture the battery right underneath it.

That said, the presence of a large cutout for the wireless feature does not structurally weaken or break the Pixel 5 when bent from the glass side. Bending from the back sees the screen pop out of the frame, which impacts water resistance.

Update 12/4: A teardown of this heavily-pierced Pixel 5 first provides a look at the front speaker that’s glued down to the display’s underside. There’s a particularly good shot at 1:43 that shows just how thick the component is and it slotting alongside the dual-cameras and everything else.

Everything is otherwise pretty straightforward. It would have been interesting to see the bioresin completely removed/shaved off from the back frame in this video, though there’s a photo — in skin form — of what that would like at the very end.