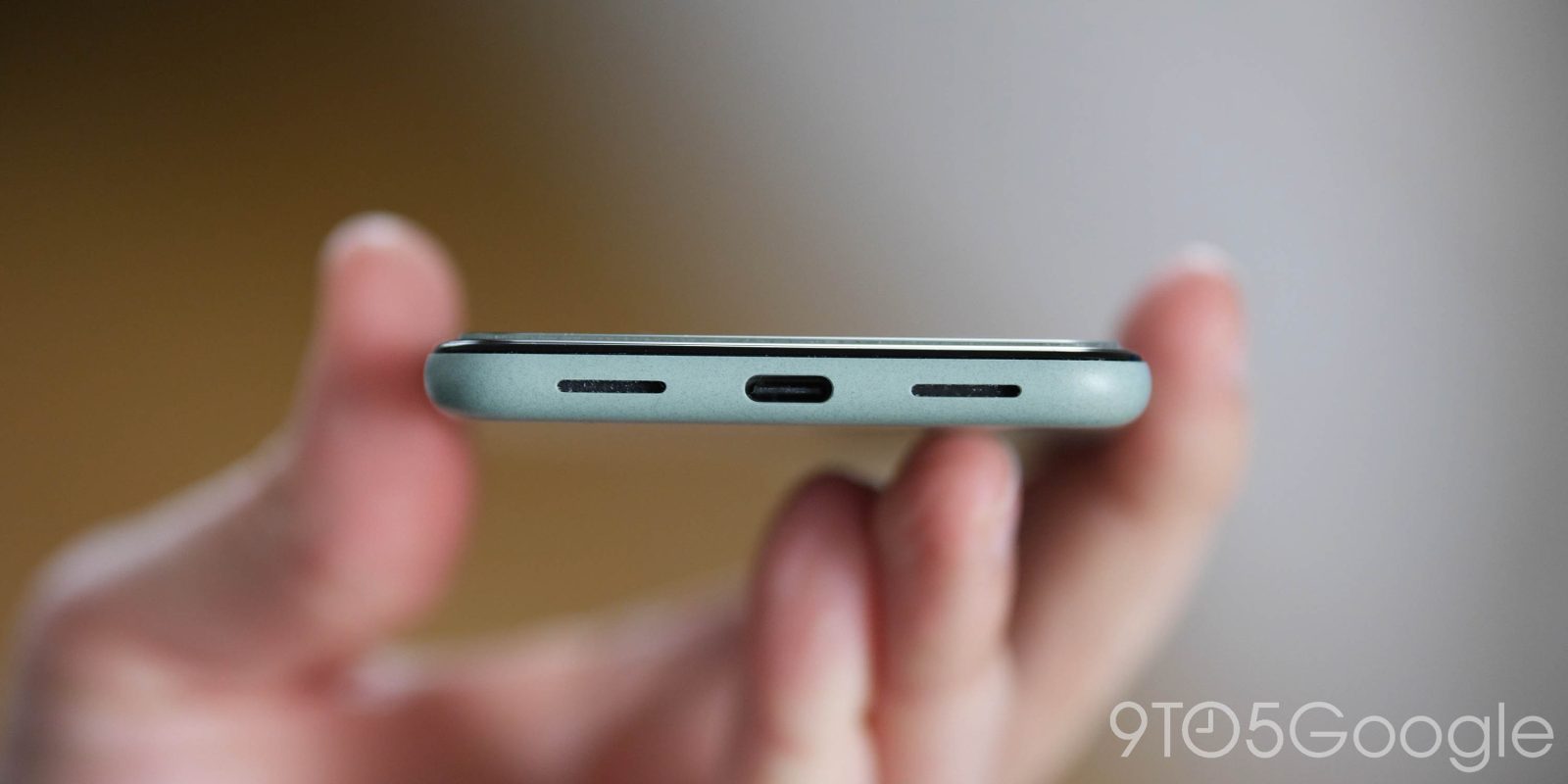 The Pixel 5 officially launched in the US and Canada this Thursday, and we are now seeing the first teardown of the device. Notably, the Made by Google phone features an extra measure to secure the screen to the body.

PBKreviews on YouTube today disassembled the US variant of the Just Black Pixel 5. In addition to adhesive around the perimeter, this phone makes use of five — appropriately — catches/clips to secure the display to the unibody.

That means if the glue were to fail — as happened on some Pixel 4 glass rear panels — inward pressure would have to be applied at different points before it falls off. This comes in the context of some early Pixel 5 owners encountering a gap between the screen and body.

Attached to the 6-inch panel, we see a large, block-ish vibrating motor for the under-display speaker and the cutout for the proximity and ambient light sensor.

The battery and rear cameras are covered by a sheet of graphite film to help with heat dissipation. There are no visible pull tabs for easy power cell removal, which is odd considering the novel design implemented in the Pixel 4a.

A (mostly) L-shaped piece of metal covers the motherboard, with most components — including the front-facing camera — resting on it. When everything is lifted from the unibody, we see mmWave antennas just underneath the volume rocker and centered at the very top edge.

After removing another graphite sheet, we see a large cutout in the aluminum unibody for the wireless charging component. An NFC chip should also be there, with everything located immediately under the fingerprint sensor. The coil can be peeled and we see the plastic body/”bio-resin,” which has a rough texture, underneath the metal structure.

More Pixel 5 teardowns should be available in the coming days.