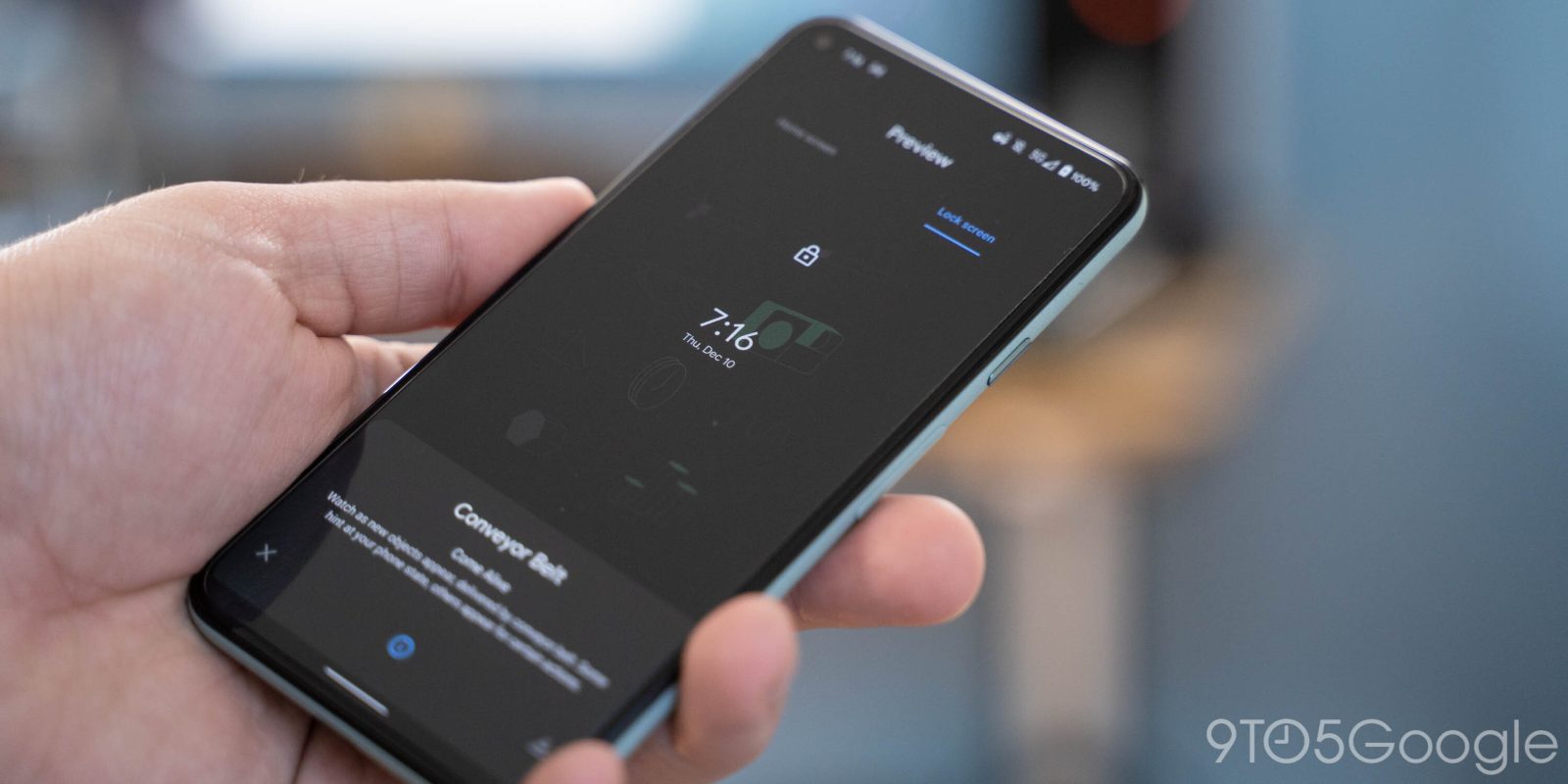 Following this week’s Feature Drop, an update to the Pixel Live Wallpaper app introduces “Conveyor Belt” to the Pixel 5. A rather elaborate moving background, it does not appear to be available for the Pixel 4a.

Watch as new objects appear, delivered by conveyor belt. Some hint at your phone state, others appear for certain actions.

Part of the “Come Alive” collection — download it first, you can choose a color theme for the objects that appear against a dark gray background. Options include multi-color (rainbow), gray for a monochromatic look, dark green, and blue.

Then there’s “Customize,” which takes you to a survey with multiple two-choice questions ranging from foods to the environment and whether you’re an introvert or extrovert. There’s “One last (optional) thing…” where you can set a “date you’d like to celebrate.”

This influences the diagonally-arranged 3D items — various shapes, microphone, radio, and more — that slowly appear, with some of them animating as they move right-to-left on your screen.

Version 1.5 of Pixel Live Wallpaper is widely rolling out via the Play Store. While the update is also showing up on older devices, the Pixel 5 looks to be the only phone adding this Conveyor Belt live wallpaper today.

It’s similar to how Pinball remains exclusive to the Pixel 4a after it was introduced in September, as well as Eclipse from the month before.