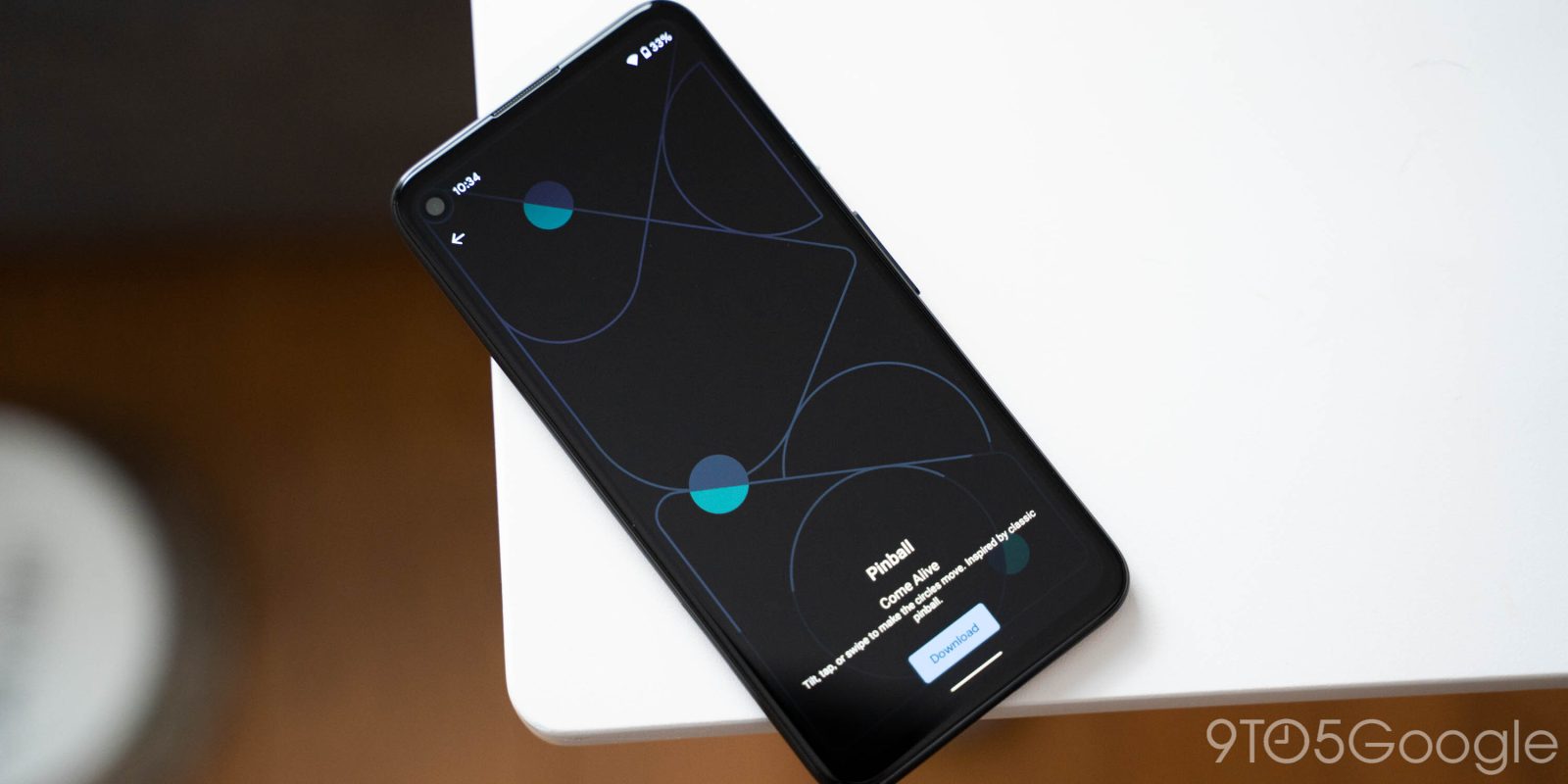 The Pixel 4a launch in August also introduced a new “Eclipse” background. Ahead of new phones being announced this week, Google is rolling out a Pixel Live Wallpaper update that adds “Pinball” for the Pixel 4a and presumably Pixel 5.

Like the last addition, “Pinball” is a part of the “Come Alive” collection. After updating to version 1.4 of Pixel Live Wallpaper, you’ll see that a new background is available. However, you have to first download it before you can set or preview the wallpaper.

Pinball lets you “Tilt, tap, or swipe to make the circles move. Inspired by classic pinball.” You can “Customize” with one of four dark colors. Regardless of the accent color, the background is dark-themed and gets progressively darker.

It’s filled with shapes, whose outer edges serve as a screen border. That serves as rails on which the balls move along.

It cleverly takes into account the front-facing camera cutout on the Pixel 4a by placing it in a circle. It will presumably also be available on the Pixel 4a 5G and Pixel 5. Hopefully, there will be other new live and static wallpapers introduced with those two devices.

Pixel Live Wallpaper 1.4 is rolling out now via the Play Store with Pinball. The update is appearing on a Pixel 4a and Pixel 4, but the latter device does not see a new background. We’re not seeing the new release on older Pixel devices today, which is par for the course.