These are the best smartwatches for Android [Late 2020] 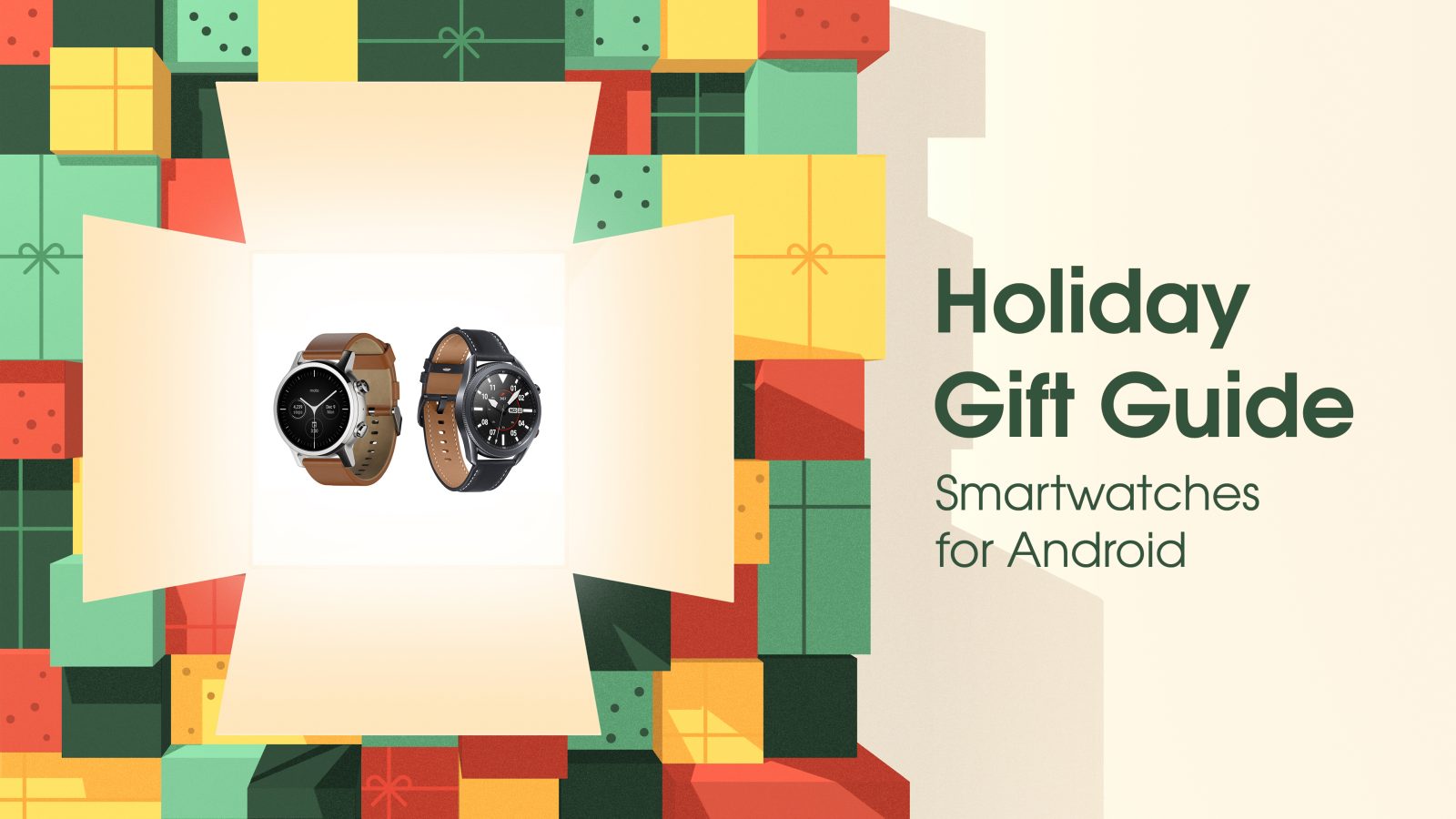 Smartwatches are an awesome gift to friends, family, or yourself with useful features and the ability to help you improve your health in some cases. If you’re looking for a smartwatch to go with Android smartphones, these are the best options you can get around the 2020 holiday season.

Smartwatches can serve a lot of different uses, and some are better than others for specific reasons. Samsung’s top-end offerings, though, provide the best all-around experience with solid app support, great hardware, and a capable suite of health features.

The two watches differ greatly in looks, though. The Watch 3 has more of a classic, rugged aesthetic, where the Watch Active 2 is a bit sportier. Functionally, they’re nearly identical outside of the physical bezel on the Watch 3 that gives some extra tactile input when you’re scrolling around the UI.

Being some of the best smartwatches for Android users, Samsung’s Galaxy Watch series isn’t particularly cheap. The Galaxy Watch Active 2 isn’t a bad deal with the smaller 40mm Bluetooth variant starting at $249. The larger 44mm Bluetooth option is just $269. You can get either option from Samsung.com, Best Buy, Amazon, or B&H Photo.

On the other hand, the Galaxy Watch 3 is a pretty big ask starting with the 41mm model starting at $399. The 45mm version then jumps up to $429. Like the Active, you can buy from Samsung.com, Amazon, Best Buy, and B&H Photo.

It might seem odd to say a Fitbit is one of the best smartwatches for an Android smartphone, but if you’re looking for fitness and health features, the new Fitbit Versa 3 and Fitbit Sense are the best options you can pick up today.

Both the Sense and Versa 3 run on top of Fitbit’s own lightweight operating system, meaning they’ll feel a bit behind Google’s Wear OS and Samsung’s Tizen when it comes to speed and fluidity. Still, the software offers some useful apps, easy navigation, and reliable notifications too. Both offer Google Assistant integration as well, a useful tool for any Android user. The less power-hungry OS also keeps both watches running for six days or more.

The Fitbit Sense is the more powerful of the two, immediately evident by its higher price tag. On both watches, you’ll get OLED displays, heart rate monitoring, blood oxygen tracking, step counting, and workout monitoring. However, Fitbit Sense adds ECG, skin temperature, and several other sensors, too. You can’t get hardly any of those advanced health features on other smartwatches, and paired with the Fitbit app and programs like Health Coaching, Fitbit just has the complete package here for your health.

The Fitbit Versa 3 is a pretty great deal at $229, and it’s been sold for as little as $199 since its launch. The Fitbit Sense jumps up to $329 with the addition of ECG and other more advanced sensors. Both also come with six months of free Fitbit Premium. You can buy Fitbit Sense from Fitbit, Amazon, and other retailers, and Fitbit Versa 3 is available from the same locations.

Wear OS gets a lot of flak, but with the right hardware powering the show it can be very good. That’s where the new TicWatch Pro 3 shines as it delivers the new Snapdragon 4100 chipset to make notifications, Google Assistant, and apps feel silky smooth.

The design of the TicWatch Pro 3 isn’t particularly good-looking, but its utilitarian design is something many may like. The overall footprint isn’t small at 47x48x12.2mm, but it’s not overbearing. This is the slimmest TicWatch Pro to date. Despite that, it has a bigger battery that lasts up to three days on a charge. The dual-layer display also manages to extend that battery life by up to 45 days while retaining step counting and other health data.

TicWatch Pro 3 costs $299, a pretty average cost for a smartwatch in 2020. If it’s got your interest, you can buy now from Amazon or Mobvoi’s own site.

Do you just want a traditional watch with modern-day smarts? That’s exactly what Fossil brings to the table with its lineup of Wear OS watches, and they’re some of the best smartwatches for Android.

The Fossil Gen 5 smartwatch offers up a classy stainless steel casing that has great included bands, and it has a solid package under the hood with a Snapdragon 3100 and 1GB of RAM. Beyond that, there’s also 3ATM water resistance, a 1.28-inch OLED display, 44 mm casings at 12 mm thick, Fossil’s magnetic charger, and a speaker for taking phone calls and hearing Assistant replies. Fossil has also developed some clever new battery saving modes that extend the roughly two-day battery you’ll get by default. Of course, NFC, GPS, and a heart rate monitor are all on board as well.

Aside from that, there’s also the Skagen Falster 3. It’s based on the same core package with identical specs and the same charging method, but a totally different design that is arguably even nicer.

Fossil Gen 5 starts at $295, but you can often score Carlyle or Julianna for under $200. Falster 3 has the same $295 price tag, but doesn’t get the same discounts just as often. Both watches are available from their respective maker’s websites, Amazon, and many other retailers.

Right now I’d argue that the best deal in Wear OS is the Moto 360. It offers a Snapdragon 3100 chip that feels more optimized on that watch than any other comparable option, all while doing so in a gorgeous casing that works great and has solid battery life. You can read our review from earlier this year for more.

At $179, though, the Moto 360 is a tough deal to argue against. It’s already one of the best Wear OS watches, and at that price it’s also one of the most affordable. You even get two bands included with that cost! The Moto 360 is available from moto360.com, B&H Photo, and Amazon.