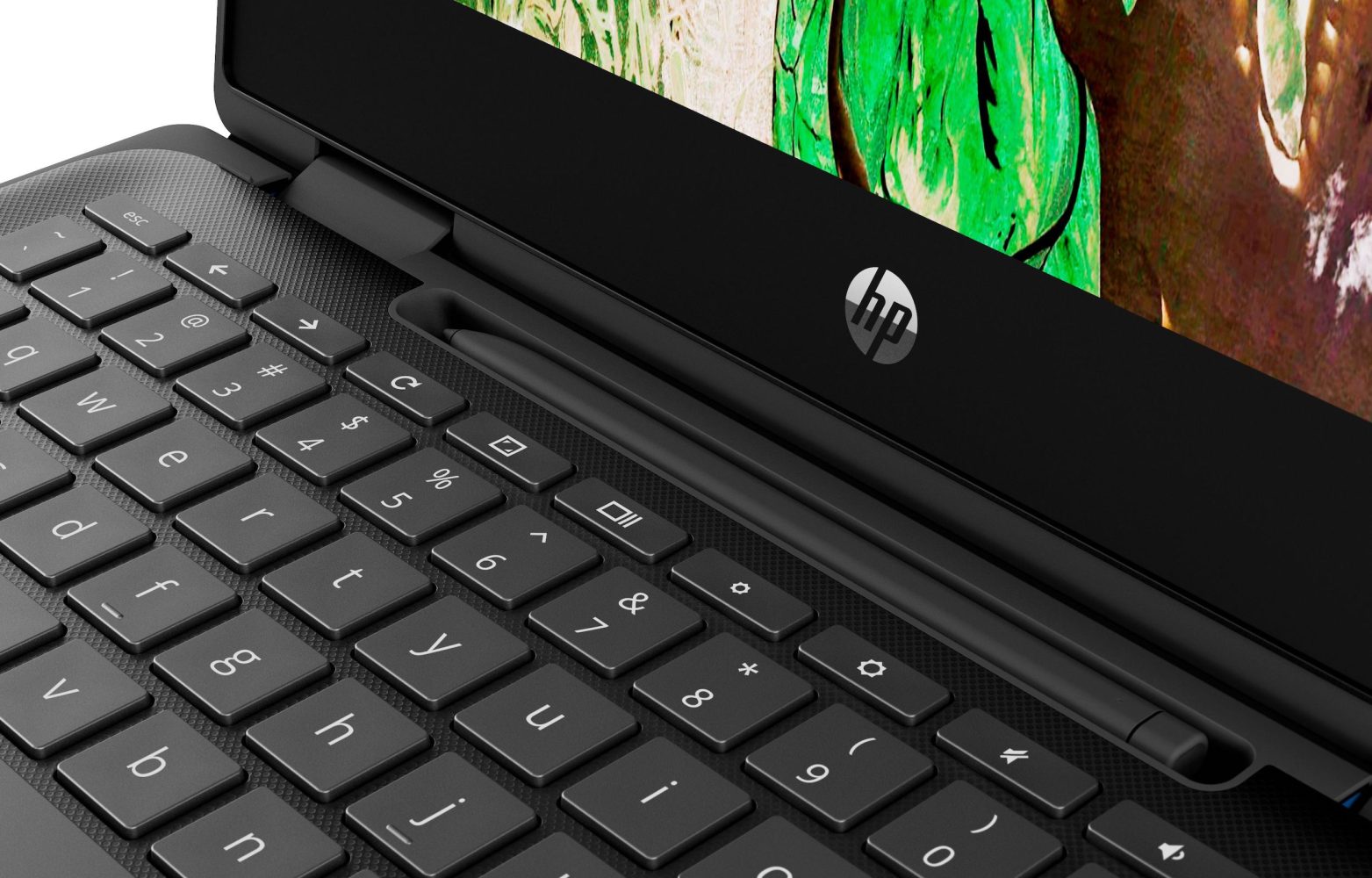 Ahead of the annual BETT education show, HP is announcing new Chromebook revisions geared for students and teachers. The focus is primarily on affordability and ruggedness, but one in particular — the HP Chromebook x360 11 G4 — does stand out.

The first two Chrome OS devices are near identical except for the 11 G8 EE (available February) using an Intel Celeron, while the 11MK G8 EE (January) is powered by an octa-core MediaTek MT8183 that touts up to 16 hours of battery life. They are otherwise standard clamshells that can be configured with up to 8GB of RAM, and 32 or 64GB of storage. A touchscreen variant of the 11.6-inch 1366 x 768 display is available.

Design-wise, the goal is to account for classroom environments with the ability to withstand drops on concrete and plywood. This is done through strengthened corners and “co-molded” rubber contact points, as well as reinforced USB-C port. The keyboard can withstand spills and attempts to pry off keycaps. Besides “Jet Black,” it comes in a relatively exciting “Nautical Teal” color.

As suggested by the name, this 2-in-1 has an 11.6-inch touchscreen that works with the HP USI Garaged Pen. This flat stylus can be stored and charged (15 seconds provides 45 minutes of power) in a slot just above the keyboard. Only available with an Intel Celeron chip, there’s an 8-megapixel world-facing camera on the left keyboard rest for use in tablet mode. Ports include dual USB-C and USB-A, as well as a microSD card slot and headphone jack. Expected availability is set for March.

Powered by a MediaTek processor, this is a more straightforward convertible HP Chromebook for education that lacks the stylus and second camera. The device will be available later this month.

The largest Chrome OS device being unveiled today is the HP Chromebook 14 G7. “Designed for teachers,” it’s an existing design that has a 14-inch display with or without touch. Also built to withstand drops and spills, HP — in a sign of the times — touts how the display, keyboard, and chassis can be easily cleaned using wipes. In fact, it’s been tested to pass 1,000 disinfection cycles.

Only powered by an Intel Celeron, it can be configured with up to 8 GB of RAM and 128 GB of storage. Ports include two USB-A, USB-C, HDMI, microSD, and a headphone jack. It will be available next month.