Madden NFL 21 is now available on Stadia, free to play for the next few days 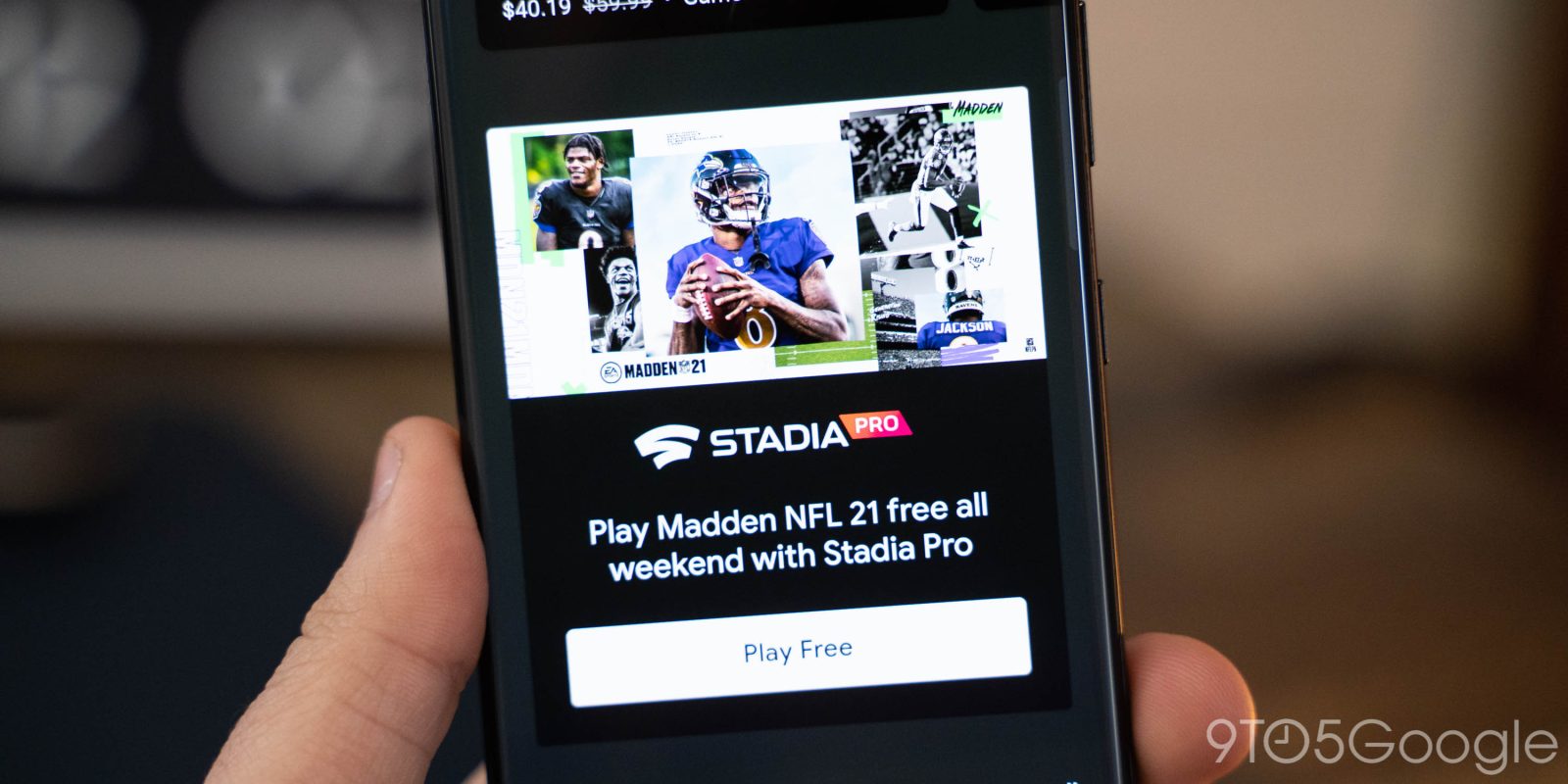 After months of waiting, EA has finally brought Madden NFL 21 to Google Stadia with some good news for Pro subscribers.

Available right now, Madden NFL 21 on Stadia is essentially the same version you’d find on other platforms, just without no downloads, waiting for updates, or paying for online multiplayer. Instead, just buy the game and you’re good to go. Notably, though, Madden NFL 21 lacks crossplay (as it does on all platforms), meaning you’ll only be able to play with other members of the Stadia community.

For the first few days that Madden NFL 21 is available on Stadia, it’ll be free to play as a part of EA’s free weekend. This free weekend is only available if you’re a Stadia Pro subscriber, though, otherwise you’ll need to buy the game to get in on the fun. The free weekend lasts through February 1 at 11 a.m. EA is discounting the “Superstar Edition” of the game to about $30 for the first couple of weeks, though, so non-Pro members can still get the game without forking over the full cost.

After Madden NFL 21, EA is also bringing FIFA 21 to Stadia, but we don’t have a release date for that just yet. EA also ported Jedi: Fallen Order to Google’s platform last year.