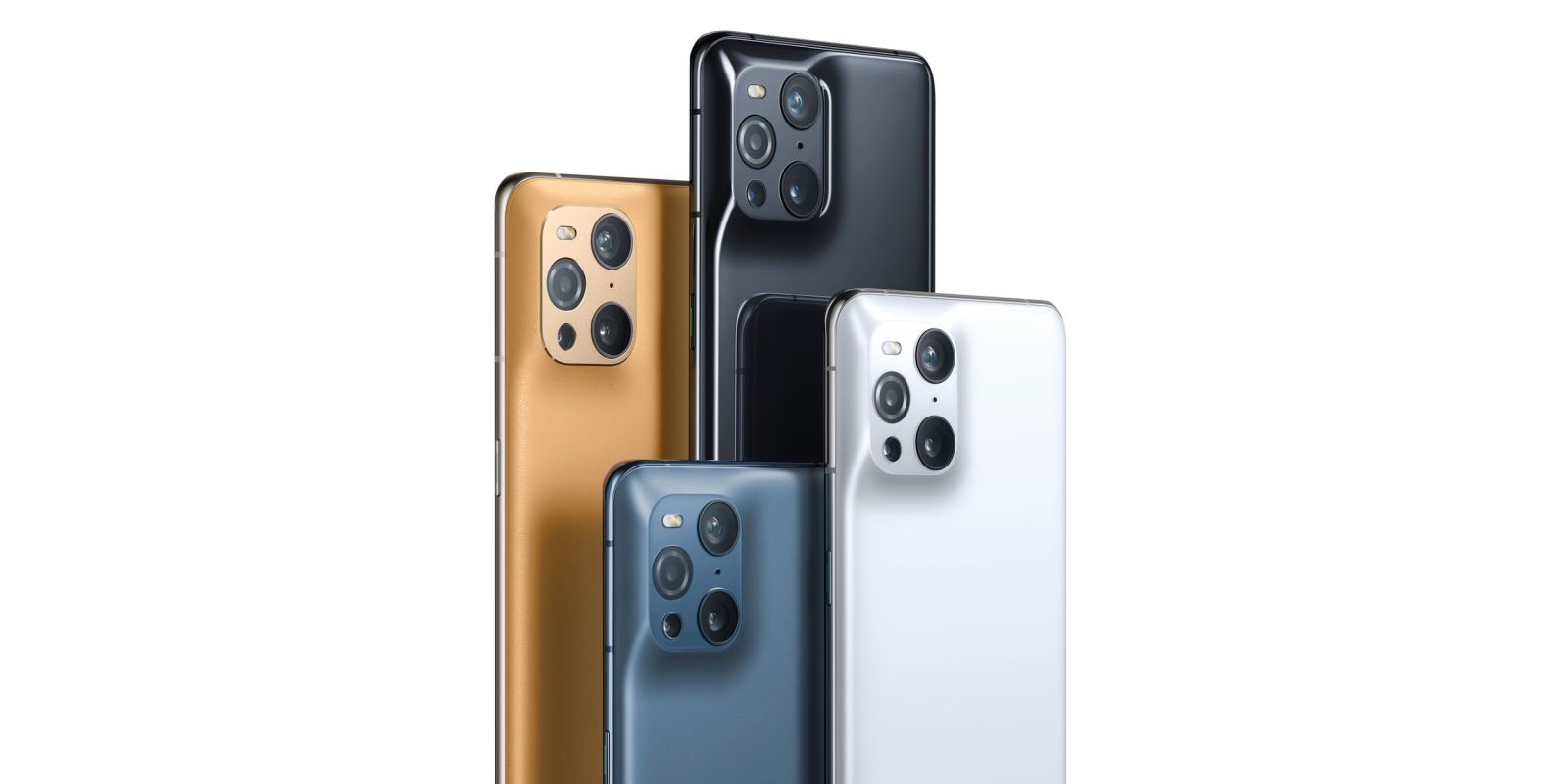 The first press renders of the upcoming Oppo Find X3 Pro have now leaked online, giving us a high-resolution look at the upcoming flagship.

[Update 02/03]: Evan Blass has been at it again, this time sharing some official-looking teardown images alongside some lifestyle shots of the upcoming Oppo Find X3 Pro camera array. In a Voice post, Blass gives more details on the interesting camera nodule that we’ll likely see in the coming weeks.

As mentioned, the Find X3 Pro will come with a pair of the as-yet-unnannounced Sony IMX766 50-megpixel sensors alongside the primary wide and ultra-wide cameras. He notes that the “main differentiating selling points is a flash-ringed three-megapixel macro lens whose 25x zoom enables it to be positioned as an on-device ‘microscope.'”

We’re not sure how that will even even work in reality, but it’s an interesting direction to take the device camera setup. The 2x optical zoom camera is said to be lifted straight from the Find X2 series released midway through 2020. Blass also notes that the expected launch timeframe is “sometime next month.”

OG leaker Evan Blass shared some seriously high-quality images of Oppo’s upcoming high-end smartphone over on his official Voice page with the device having an interesting take on the rear quadruple-camera setup. Blass states that these are official images of the upcoming device and is expected to come with the Qualcomm Snapdragon 888 chipset, 120Hz display, and improvements to the zoom capabilities seen on the X2 Pro.

Given just how impressive the Find X2 Pro was in early-2020, if the Find X3 series can make some improvements in just a few areas, it might be the smartphone to beat in 2021. Given that there are only three press renders of the Find X3 Pro to look over, there really isn’t much else we will likely need to see as the entire design is effectively laid bare.

There doesn’t appear to be a faux-leather option this time around, but this might be an option that comes further down the line. The camera “hump” looks to be more integrated into the rear panel rather than being “tacked” on and has room for four cutouts. Blass claims that the quadruple-camera setup will include a 25x microscope macro lens, and relies on two as-yet-unannounced Sony sensors. If Oppo can tweak the camera processing, then we’re sure it will be an excellent setup.

You can also see from these renders that the display is set to retain an upper-left punch-hole notch. Measuring in at 6.7-inches, the AMOLED panel is said to come with an adaptive 120Hz frame rate and QHD+ resolution. While the device could come with VOOC Air superfast wireless charging alongside Oppo’s incredibly rapid SuperVOOC proprietary wired charging tech.

Rumors suggest that the Find X3 Pro will launch at some point in late March/early April alongside the Find X3 Neo, and Find X3 Lite. Given just how surprising the Find X2 Pro happened to be last year, the X3 Pro press renders and proposed specifications really do whet the appetite for this upcoming flagship.