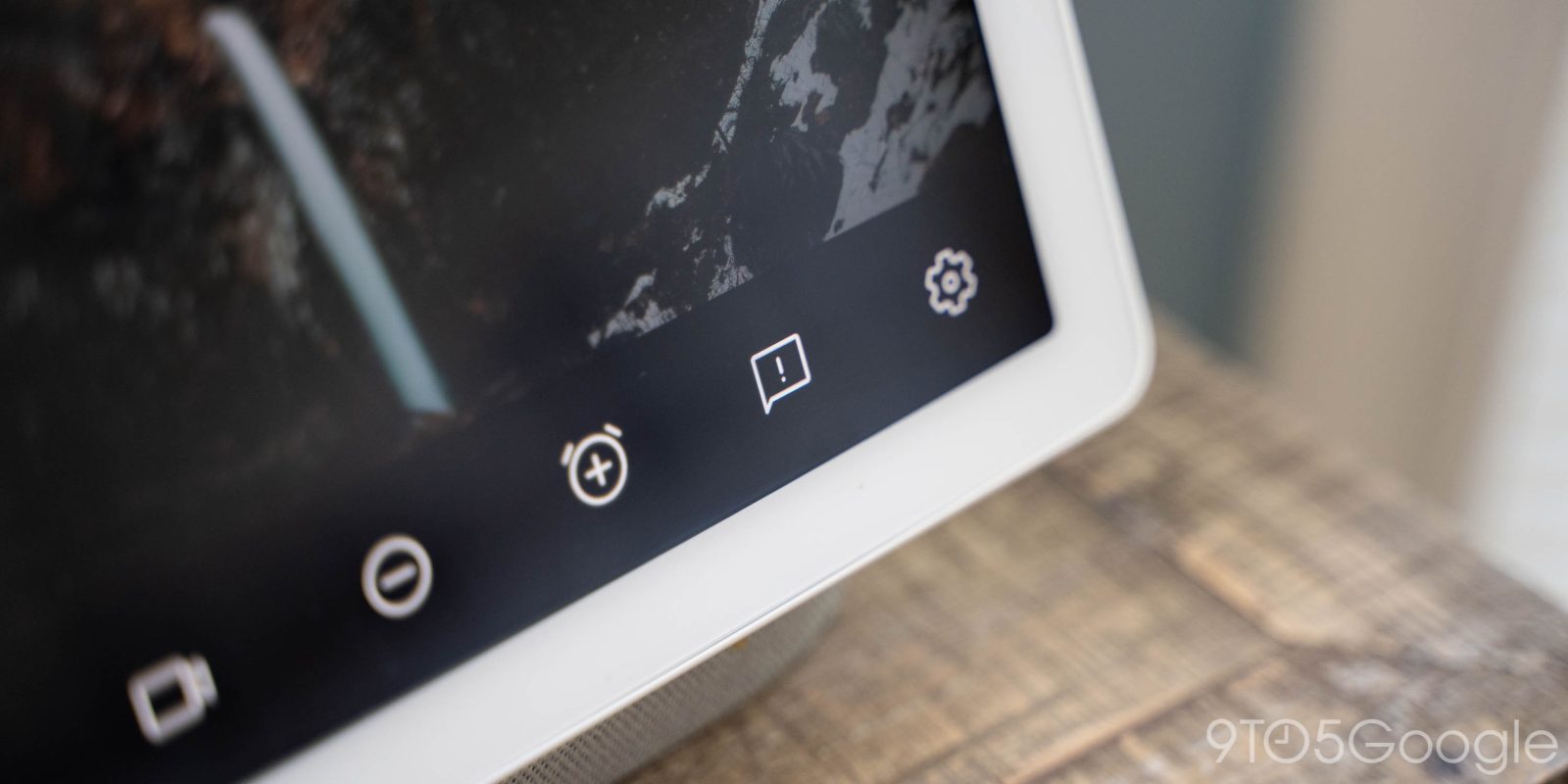 Besides using a voice command, you can set alarms on Nest Hubs and other Smart Displays by swiping up from the bottom of the screen and tapping the clock icon.

This screen has been revamped with a straightforward list instead of alarms being placed in side-by-side circles. There is a prominent “Set an alarm” button instead of a blue FAB in the bottom-left corner. A “Default alarm settings” page lets you set many preferences directly on the Smart Display, including Alarm volume, tone, Maximum alarm time, Snooze length, and “Gestures to snooze,” which could be leveraging ultrasound sensing to detect waving.

After specifying a time, you’re now presented with a UI for setting whether an alarm repeats. Under “tone,” options range from “Light” to “Heavy,” which only has two options instead of three for all the other categories. Each can also be quickly sampled.

“Sunrise” is the big new feature today where the “screen gently brightens before your alarm.” Users can set the window (10 to 30 minutes) for this effect. While it shares the same name as the Google Clock/Pixel Stand equivalent, the color shift doesn’t appear to be as prominent.

These alarm features look to be rolling out with Cast firmware version 1.46.215072, which is not yet widely available. On our end, it’s appearing on a Nest Hub Max running the preview program, but not a regular Nest Hub.