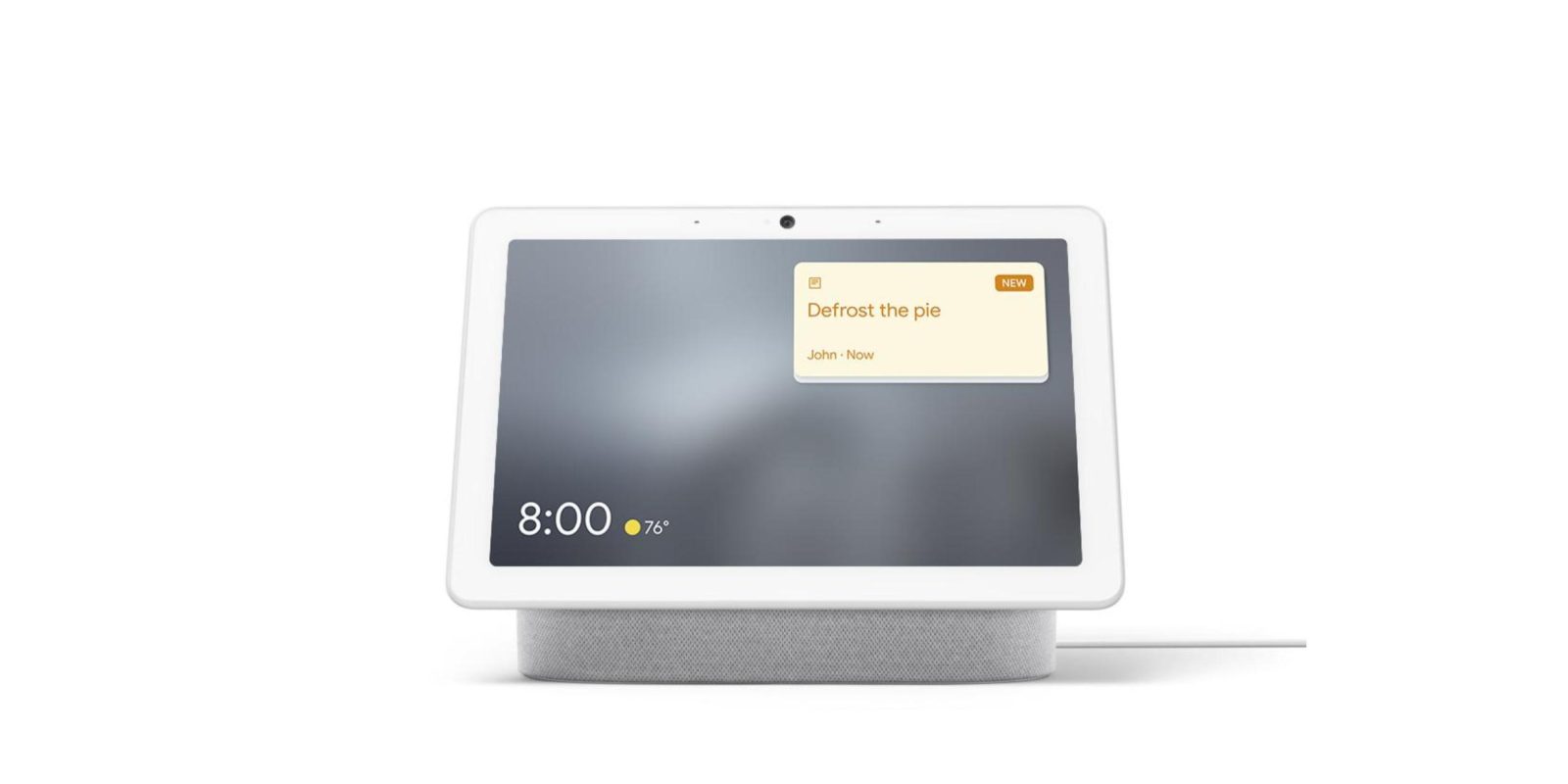 As Smart Displays have matured, they’ve increasingly taken on shared and family use cases. Google is now adding a handful of new features for the Nest Hub Max and other devices, starting with sticky Family Notes.

Sticky notes for Smart Displays were announced all the way back at CES 2020 in January. Launching as “Family Notes” on the Nest Hub, they let you leave reminders and other messages that “stick” to the top-right corner of the screen, and can be expanded or deleted on-device.

Google positions this feature, which is rolling out today, as a way to “centralize your family’s chores and to-dos.” They can be created with the following command: “Hey Google, leave a family note that says…”

Meanwhile, Family Bell, which lets parents create a virtual schedule that rings on devices throughout the house, is adding more sound effects. Google will also work to suggest ones to create, while a new feature in the coming weeks will let bells be paused for a single day.

Assistant devices are also getting a “Hey Google, where’s my family” command that works with existing Google Maps location sharing or third-party service Life360. Available on Smart Displays, Android, and iOS, you can also ask to see the location of specific people.

Google today talked about a new “Family” tab for Smart Displays that slots into the broader UI redesign announced last month. It brings together various kid-friendly features into one screen. Cards will highlight the functionality introduced today and other actions, like interactive stories that feature page flips and animations. This dedicated tab will launch later this year.