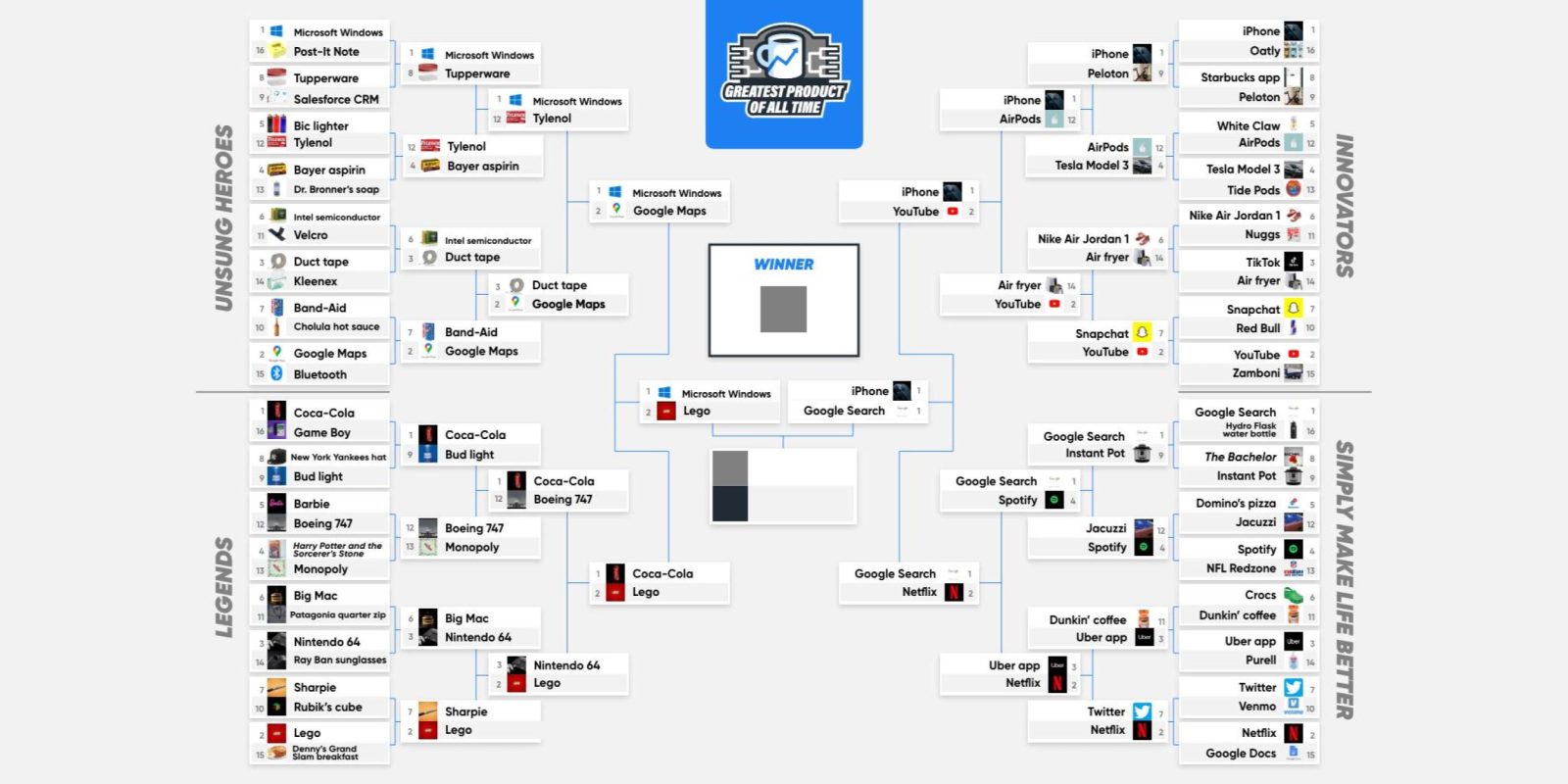 Over the past few weeks, Morning Brew on Twitter has been running a fun and seasonally appropriate “Greatest product of all time” bracket where Google apps have dominated. It’s now coming to a close with today’s quarterfinals seeing Google Search, Maps, and YouTube.

Update 3/22: Search was the only Google product to advance to the semifinals. It’s facing off against the iPhone, which is also a #1 seed, and winning currently winning 52.5% to 47.5% with over 4,000 votes. If the lead maintains, the search engine will face off against Windows (unless Lego pulls an upset, 29.5% to 70.5%). The poll is available here.

Original 3/19: The bracket started with 64 products grouped into four regions. It’s now down to the quarterfinals with eight products.

“Unsung heroes” saw Google Maps compete against Bluetooth, Band-Aid, and Duct tape before arriving at today’s matchup with Microsoft Windows. With about three hours remaining and over 3,000 votes, the OS is beating the mapping service 54.1% to 45.9%. The winner will go up against the winner of “Legends,” either Coca-Cola or Lego.

Meanwhile, “Innovators” saw YouTube beat a Zamboni, Snapchat, and Air fryer to come up against the iPhone, which surpassed AirPods in the last round. The first modern smartphone is beating the video service by a very wide margin of 76.6-23.4%. Social intervention by the company, which it did in the air fryer “Sweet 16” round, might turn the tides, but that seems unlikely.

“Simply makes life better” has No. 1 seed Google Search currently up against Netflix and winning by an even wider margin at 82-12%. The search engine beat out the Hydro Flask, Instant Pot, and Spotify, while the only Google product to lose (Docs) was surpassed by the streaming service in the first round.

At this rate, the top greatest product seeds of the iPhone and Google Search will face off in the “Final 4” bracket. You can vote today with all the Twitter polls located in this thread.