Stadia Changelog: 2 new games and more on the way, FIFA save fix coming 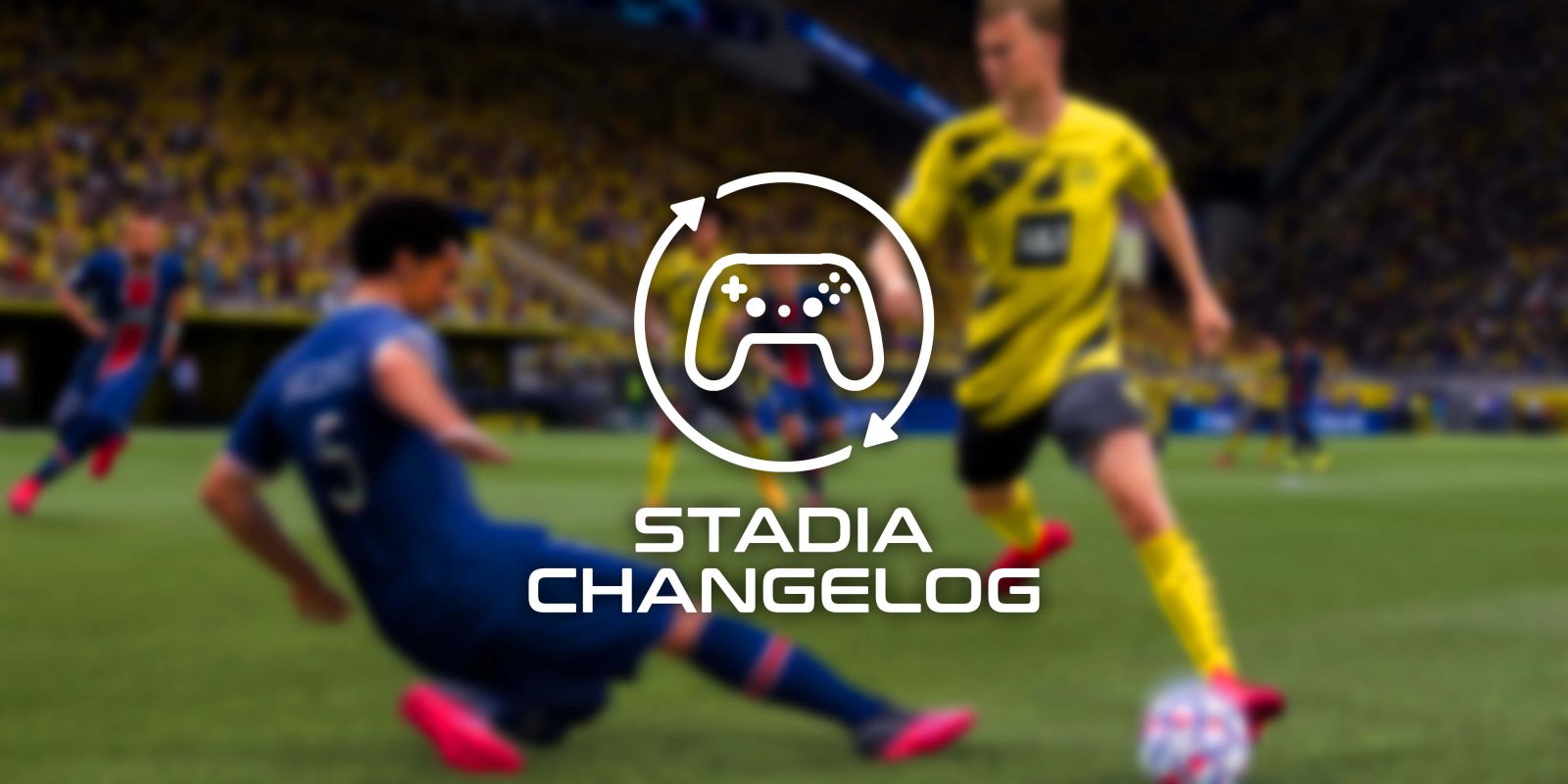 After getting a ton of new games last week, Stadia only added two over the past few days. This week, though, saw the announcement of several new games coming to Stadia, a few updates, and hints that a save issue with FIFA 21 could be on the horizon.

Getting right to the point, this was a quiet week for new releases on Stadia after last week dropped AAA games and a bunch of smaller releases, too. This week, only two titles were released, but with promises for quite a few more, but we’ll get to that. New this week, though, follows:

As of this week, Google has added 40 games to Stadia in calendar year 2021, well on its way to the promise of at least 100 titles added this year.

FIFA 21 save issue could be fixed soon

EA’s FIFA 21 was a huge get for Google Stadia, but the game’s port has a frustrating issue that affected save files. While a fix has not been rolled out yet to the otherwise excellent port, FIFA 21 may soon see that patch on Stadia. Grace, Stadia’s community manager, confirmed on Reddit that Google has been in touch with EA on the FIFA 21 save fix that could roll out as soon as next week.

Hi everyone, we understand how frustrating this situation can be. We’re aware of the issue with career saved games. We’ve been in touch with EA, who is in the process of rolling out a fix next week.  We’ll confirm an exact date as soon as we can. Thanks for your patience, and if further assistance for FIFA 21 is needed, I kindly suggest contacting EA directly.

Outriders keeps getting patches, but Stadia isn’t getting them

The developers of Square Enix’s hit-game Outriders has delivered more new updates and batches to the game since its April 1 launch as detailed on Reddit, but Stadia unfortunately still hasn’t gotten any of them. As pointed out on Twitter, Stadia’s port is still the oldest version, has performance issues, and pre-order items aren’t showing, either.

Rolled out earlier this week, Ubisoft brought Title Update 1.3.0 to Immortals: Fenyx Rising on Stadia. The patch supports the “Primer Quest for the Lost Gods,” various stability improvements and performance tweaks, and the Spring Event, too. There are no Stadia-specific fixes and you can check out the full changelog here.

Assassin’s Creed Valhalla gets a hotfix

Ubisoft also rolled out a server-side hotfix to Assassin’s Creed Valhalla this week. You can view the changes here.

The iconic “Superior Armor” outfit was added to Marvel’s Avengers this week, now live in the Marketplace.

While it was a slow week for Stadia this week, Google set the stage for things to expand. The company announced 10 new games coming to the platform over the next few months. We’ve got the full story here, but here’s the short version.

Rounding out this week, CloudyWithAChanceofGames spotted that Thunderful Games has added streaming to a few of its titles without a full release. That includes Fe, three games in 2022 set for streaming debuts, and one game for 2021 that doesn’t have an announced title.