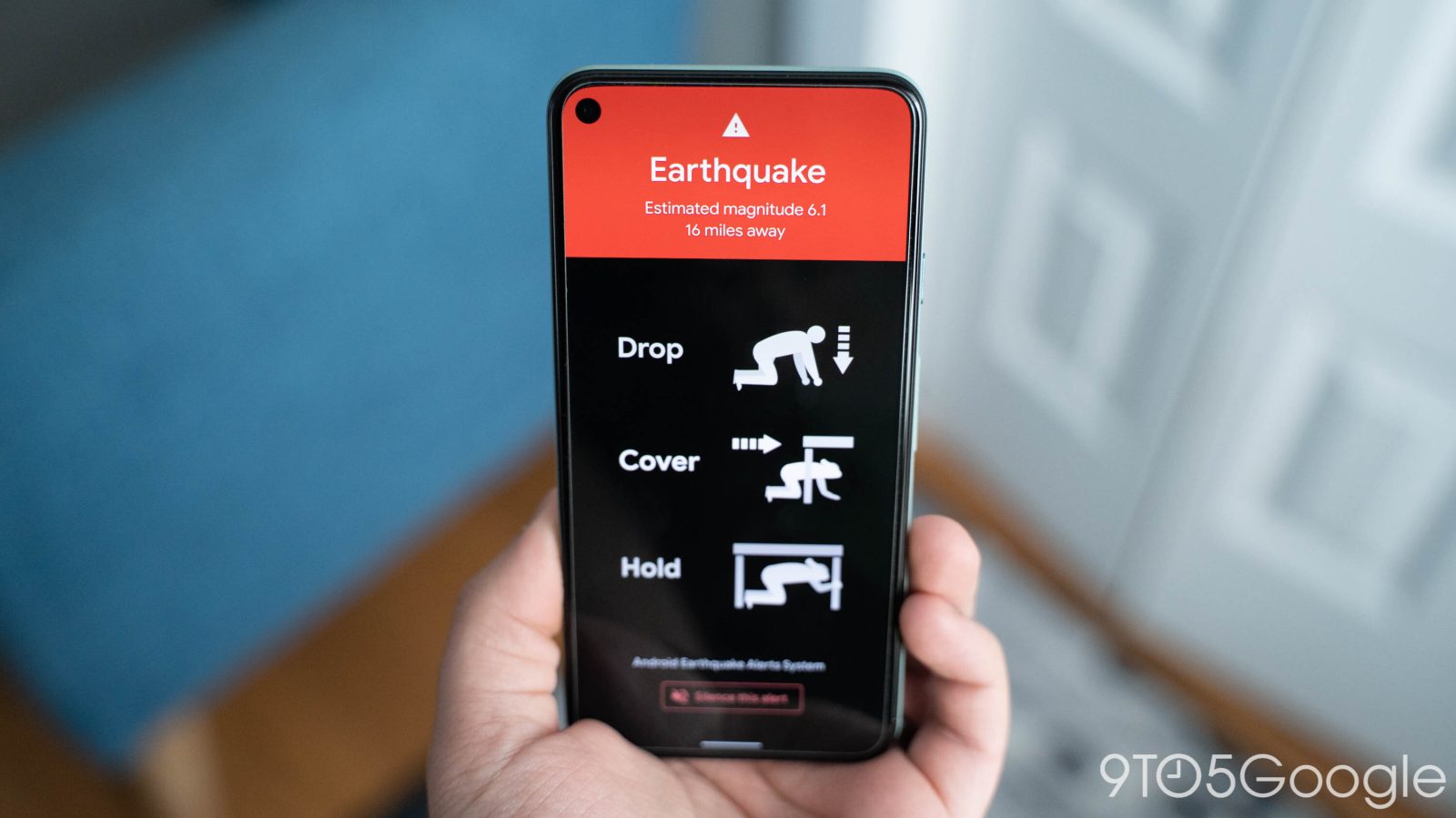 Back in August, Google announced that it would turn your Android phone into a seismometer to form the “world’s largest earthquake detection network.” The Android Earthquake Alerts System will now start sending warning notifications in Greece and New Zealand.

Establishing a ground network of seismometers, like in California, is not always possible. Google’s solution is to use the accelerometer on your Android phone to detect the initial P-wave generated by earthquakes. Your device sends a general, city-level location — which does not include zip codes or street addresses — to Google’s earthquake detection server.

The company then verifies before sending a loud notification that includes location and magnitude before the destructive S-wave hits. It can take over your lockscreen and provide instructions to drop, cover, and hold. The red and black page notes how the warning was generated from the “Android Earthquake Alerts System” and provides the option to “Silence this alert.”

That warning screen is the same one used for notifications powered by the USGS ShakeAlert system that launched in California last year, recently expanded to Android users in Oregon, and is set to roll out in Washington this May. Of course, the big difference is how Google is responsible for detecting an earthquake and alerting people. The company previously shared what the system “sees” during a live quake:

As seen above, the detection system has been live for the past few months, but Google has not been using it to send alerts yet. Rather, those that looked up “earthquake near me” in Google Search were asked if they felt shaking. Android owners are able to opt out from Settings > Location > Advanced > Earthquake Alerts.

Notifications from the Android Earthquake Alerts System are first rolling out to users in New Zealand and Greece starting today. Google, which is now running a very large public service, hopes it can “provide people with the advance notice they need to stay safe.”