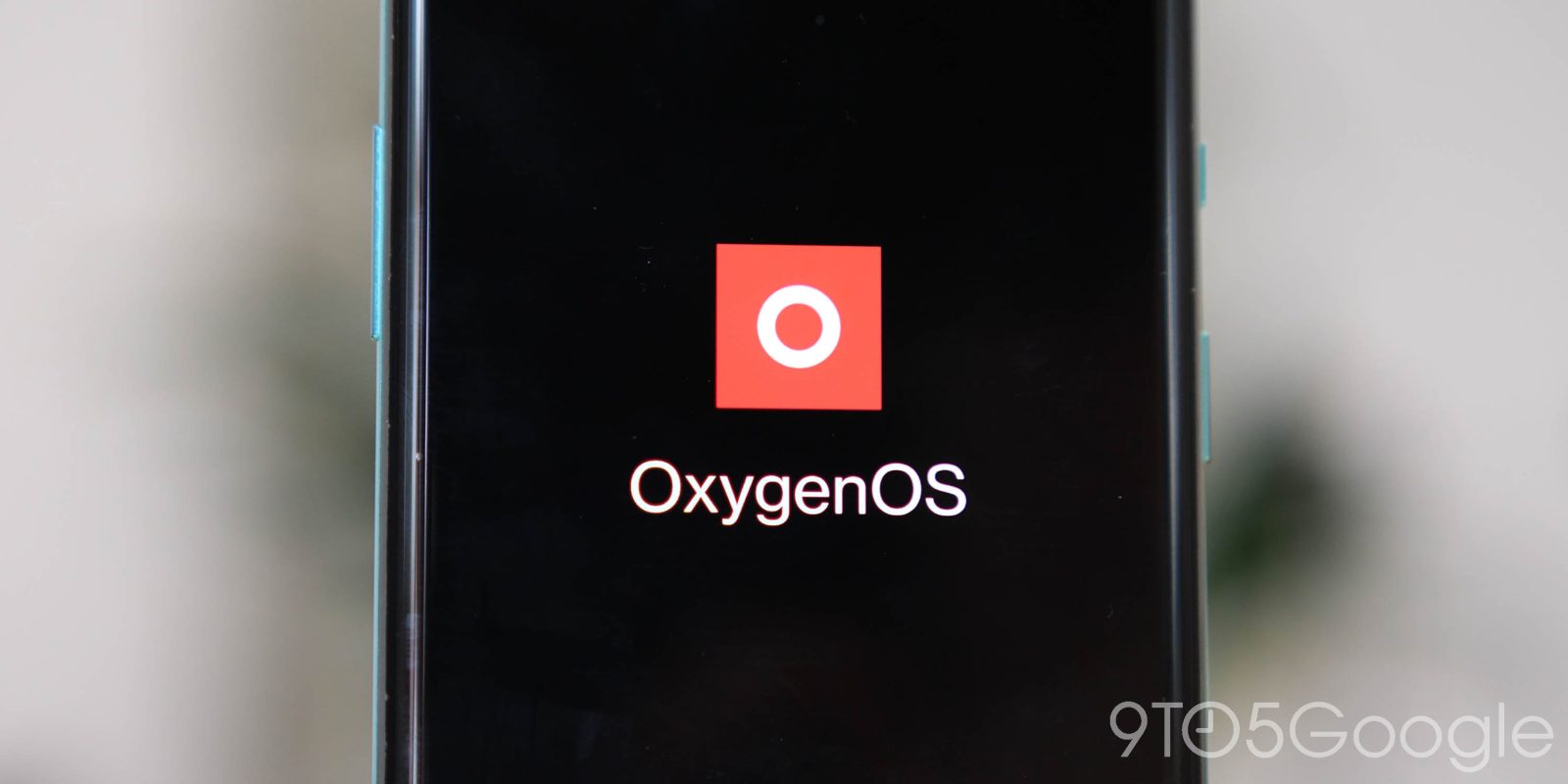 For hardcore OnePlus fans, OxygenOS 11.0 might not provide the look and feel that you’ve become accustomed to. But dig beneath the surface, and there are some solid OxygenOS 11.0 features that you might want to at least try before deciding you want to jump ship.

OnePlus might be shifting well away from its roots as the “underdog” or “plucky upstart” Android OEM as the lines between itself and stablemate Oppo become blurred. However, there is still a glimmer of hope for hardened fans in the form of device software.

Updates may have slowed in recent months, but with OxygenOS 11.0 you’re still likely getting Android 11 way ahead of some other devices. The rollout started with the OnePlus 8 series, launched with the 8T, and is set to arrive on the OnePlus 7T within the coming weeks.

The changes — at least on the surface — seem quite substantial, but very little functionality has been altered with the jump from Android 10 to Android 11. Think of it as just a lick of paint to help distinguish from the Pixel Experience and Android One. We’ve spent an extended period with OxygenOS 11.0 to determine some of the very best new features.

It’s always amazing how many Android skins out there lack certain features we all deem core to our daily experience. The most shocking aspect of OxygenOS 11.0 is that it is the first build from OnePlus to add a dedicated dark mode toggle to the quick settings panel. Not only that, it’s the first to bring dark mode scheduling, which is inline with Android 11.

Personally, I wouldn’t call this the outright “best” feature within OxygenOS 11.0, as I’m sure that most people will simply toggle the dark theme and enjoy the UI. For people who like to have a lighter theme during the day and a darker theme in the evenings, being able to set a schedule is also a nice addition.

The ability to shoot Nightscape and Portrait mode video is limited to a few devices at the moment, but we hope it does become a staple on all devices after updating to OxygenOS 11.0. Neither feature is available on the selfie camera, unfortunately, which does hint that the rear-camera sensor alongside software is needed to work effectively.

I’m not as convinced by the Nightscape video quality, but the background blur and subject detection within the Portrait Video mode is actually pretty solid. Don’t expect anything close to what you’d get from a dedicated camera with wide-open aperture when using this mode.

Finally, finally, OxygenOS 11.0 added the ability to toggle an Always-on Display option. OnePlus’ stubborn attitude to the feature has been worn down until we now have a really solid custom at-a-glance option within Android 11 on OnePlus hardware. We’re not entirely sure if AOD features will bleed down to every OnePlus device that is eligible for the OxygenOS 11.0 update, but for many this will be the best new feature by far.

The “Insight” AOD option was created in collaboration with the Parsons School of Design and gives you data on your overall device usage, including the number of times you have unlocked your phone. Visually it’s quite a nice, unique look that reminds me of Mass Effect for some reason, but seeing just how many unlocks you’ve initiated is quite the wake-up call. It doesn’t appear constantly like the standard AOD clocks; instead, it activates when you tap or lift your device.

Expanding upon the Always-On Display feature is that of the Canvas AOD – think of this as a way to put a custom AMOLED-friendly wallpaper that then morphs into your chosen wallpaper. As a way of tying together your lockscreen and homescreen, as an added customization option, the Canvas AOD is one of the best new and unexpected features within OxygenOS 11.0.

It doesn’t work with every single image you may try, but the effect is really quite cool once you have applied an image to your lockscreen and homescreen. The little zoom animation when unlocking your device ties it all together really neatly and cohesively.

Although not technically an OxygenOS 11.0 feature, as it was added in the OnePlus Launcher v4.5.6 update, the ability to swipe right into the Google Discover Feed when using the default device launcher will undoubtedly be a popular one. This does mean that OnePlus Shelf has been moved though.

You can still access the Shelf using a downward swipe on your homescreen (in any blank space), or you can disable it entirely should you wish. It’s great to see the Discover Feed heading to more pre-installed device launchers, but it too needs a little work to be deemed “essential.”

This probably isn’t going to be much use if you use Google Photos or another gallery replacement app, but the OnePlus Gallery app has seriously leveled up with the release of Android 11. Think of this as automatic organization for your photo and image galleries.

I’d argue the closest gallery application available that does something similar is Google Gallery Go. Once updated, you can get categorized images that, using AI, can work out if the subject of the images on your device has things like people, places, buildings, pets, food, technology, and probably tons more categories that we haven’t yet seen. I do find it really good for sifting through thousands of images I may have taken and just want, say, a picture of my dog or the last fancy meal I ate.

At a time when smartphone usage has no doubt been exacerbated courtesy of numerous lockdowns and movement restrictions around the globe, features like Zen Mode are mindfulness and well-being inclusions that can help you decompress and curb device overuse.

OxygenOS 11.0 gets an updated version of Zen Mode that includes a new UI and five preset themes. That’s not all, as there are more time-limit options to “pause” your smartphone along with the ability to join “rooms” of other people taking time out from their tech. This really incentivizes you to maybe put your device down and focus on things that might be more worth your time — instead of just needlessly doom-scrolling when in the company of friends and family.

On the very surface, the similarities between OxygenOS 11.0 and One UI are probably not a good thing, but one of the best features they share in common is better one-handed usability. This isn’t as much of a problem with smaller devices like the OnePlus Nord, but most devices from the firm are pretty big compared to the rest of the industry.

I’ll be the first to say that the masses of whitespace or blankspace are not that attractive. The overhaul is good for accessibility and just general comfort when using a tall model like the OnePlus 8 Pro. All of the “stock” OnePlus apps have been themed to ensure that you can access the most important areas without problems.

Given that UI elements would usually be evenly spread, this downward shift of all major accessible portions within menus, apps, and general UI means that things are more in tune with your natural hand movements. It’s the added speed at which you can get to where you want to be that makes the one-handed UI refresh one of the best — albeit divisive — OxygenOS 11.0 features. It likely won’t affect how you lay out your homescreen, but after extensive usage, the changes start to make more sense.

When will my device get OxygenOS 11.0?

The full stable release of OxygenOS 11.0 has had a rocky rollout thus far. It first started with the OnePlus 8 and 8 Pro, launched with the OnePlus 8T and eventually began trickling out to other devices over the past 6 or so months. You should be able to get the Android 11 update on the following devices:

For those with the OnePlus 6 or 6T, we have good and bad news. Firstly, your device will be eligible for Android 11 and, therefore, OxygenOS 11.0. The downside is that OnePlus has recently confirmed that the update won’t begin rolling out until at least August 2021. That is a substantial wait, especially if you really want to hold on to the 6 or 6T. You can keep up-to-date with all of the devices updated to OxygenOS 11.0 via our dedicated update portal here.

What is your favorite, or the ‘best’ OxygenOS 11.0 feature?

Have you managed to get updated to OxygenOS 11.0? If so, what features are you loving or couldn’t see yourself living without moving forward? Be sure to let us know down in the comments section below. If you have any features you’d like to see that haven’t been adopted as part of the IDEAS scheme, be sure to tell us what you’d love to see in OxygenOS 12.0, too!