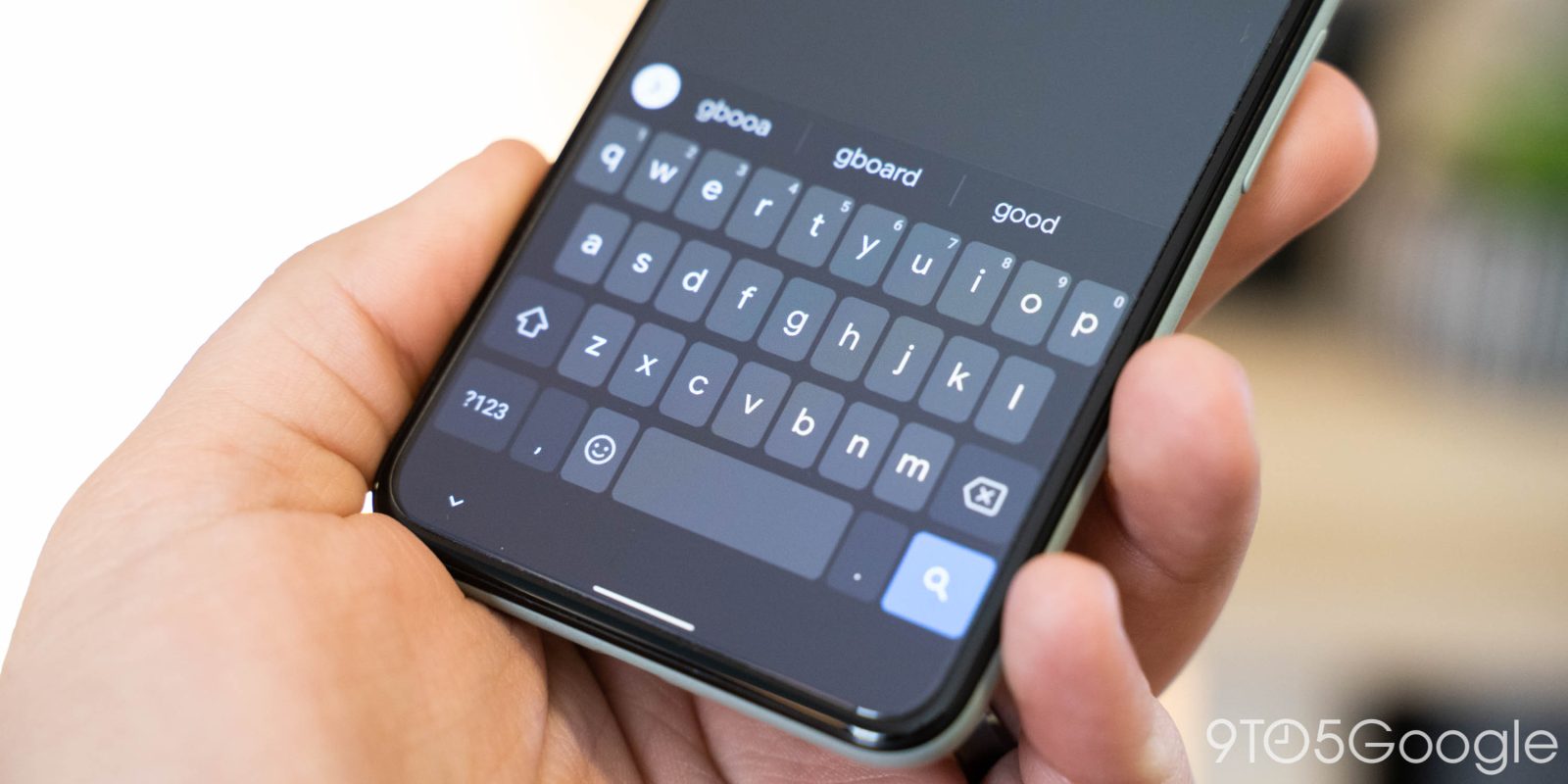 For the past several versions, Google has been working on new Gboard themes that have rolled out to very few users. Gboard 10.6 from earlier this week reveals that a more significant redesign for Pixel phones running Android 12 is actively being developed.

Like before, it starts with Google Sans replacing Roboto as the font, with this change most apparent on uppercased letters. Meanwhile, the primary QWERTY keys and bottom row of actions reside on a curved sheet that visually distinguishes it from the bar of suggestions, shortcuts, and microphone input. That top strip is also slightly lighter in color.

The “New design” that we enabled for Gboard starts with pill-shaped keys for “?123” and return at the bottom corners. However, the biggest change has to do with themes and Gboard using lighter shades of color than today. This applies both to the background and the keys themselves. It’s less visually overwhelming and a more subtle design touch that presumably ties in with the broader Android 12 revamp.

On some themes, Gboard is further accenting the caps lock, ?123, emoji/comma, period, return, and backspace keys to distinguish them from letters and the space bar. You still have the option to disable or enable key borders, with the latter making for more rounded elements.

These changes are not yet widely rolled out as they’re still being actively iterated on and — currently — just intended for Pixel phones. This Gboard redesign will presumably be limited to Android 12 and go live as the beta progresses.