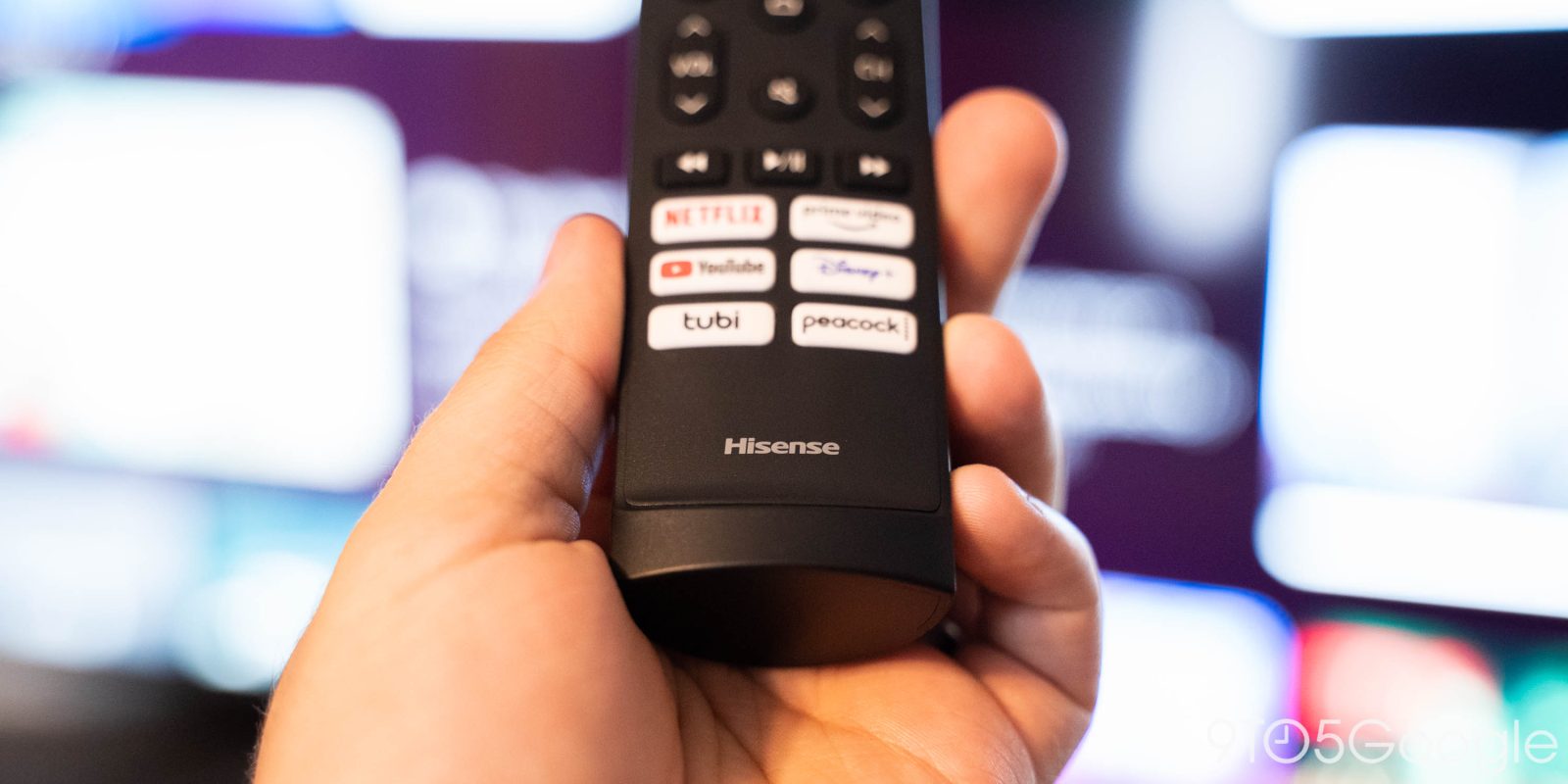 Android TV has seen hefty growth over the past few years, recently with a big boost in the United States. Helping to lead that charge is Android TV built into smart TVs. As Google TV takes over, we’re still waiting to find out who will and won’t adopt it. As far as Hisense goes, the company tells us it’s “happy” with Android TV as it stands with no immediate plans for Google TV.

The Hisense 2021 QLED lineup is almost entirely powered by Android TV, but some were surprised to see the televisions launch not only under the masterful comedy of the “Hisense @ Home” event, but also without Google TV on board. Instead, the entire lineup uses standard Android TV with the updated “Discover” homescreen.

When asked for comment regarding its plans for Google TV, Hisense told us that the company has no immediate plans for the new experience built on top of Android TV OS. As a result, the 2021 Hisense TV lineup will stick with standard Android TV.

What does this mean going forward? Hisense is only confirming its plans for the 2021 lineup for now. Google TV support could, and probably will, come on future models. Google previously said that the new experience would be a requirement on consumer products starting in 2022.

You can buy Hisense TVs in the US at Best Buy, and stay tuned in the coming weeks for our hands-on thoughts regarding the Hisense U8G.