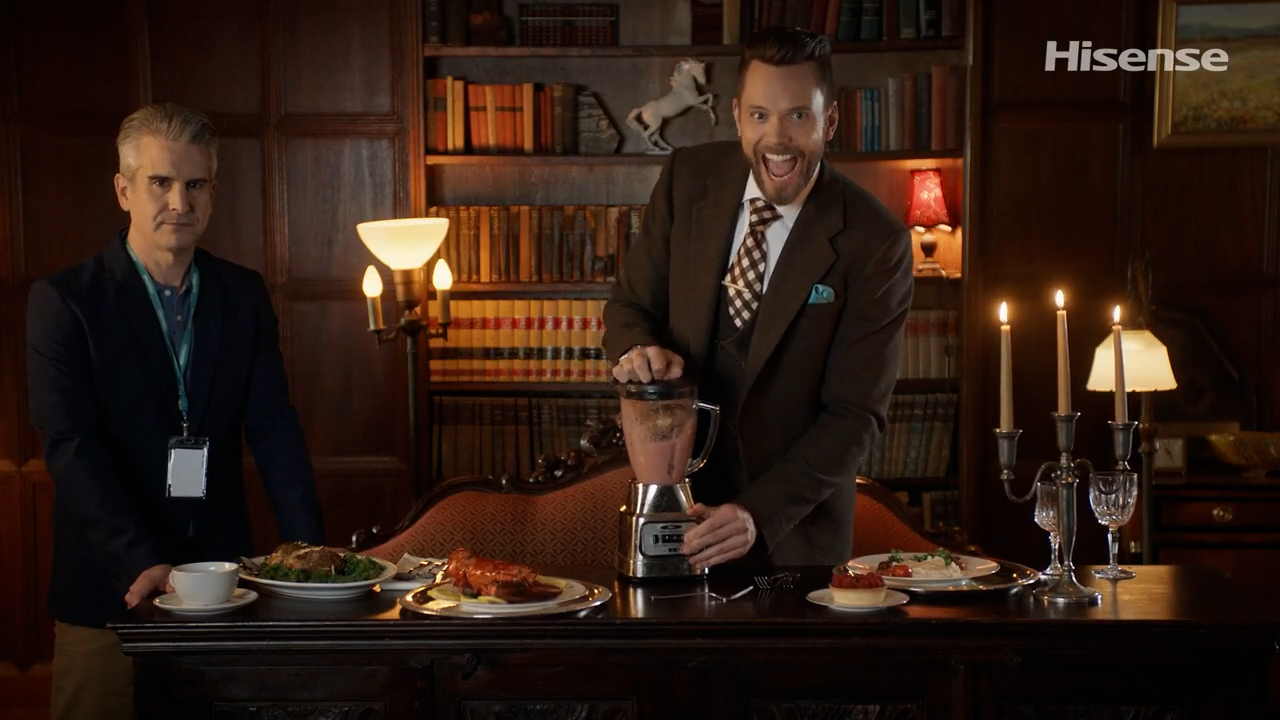 In a year where the pandemic kept every product announcement online and mostly pre-recorded, it’s refreshing to see someone try something different. Earlier today Hisense unveiled its new slate of Android TV models for 2021, and it was by far the most entertaining, funniest tech event in recent memory, thanks in part to Joel McHale.

Hosted by Joel McHale, who you probably know as Jeff Winger from Community, the 30-minute stream went through pretty much everything you’d want to know about Hisense’s 2021 QLED lineup. You can read more about those TVs here, but we just wanted to take a minute to highlight what Hisense pulled off here. They made a tech announcement engaging and literally laugh-out-loud funny.

The dry humor of McHale was paired with Jerry, a “corporate suit who was sent over from Hisense” to help McHale out. McHale riffs off Jerry throughout the presentation with some hilariously dumb jokes that range from bizarre metaphors to awkward catchphrases and a surprise for Jerry in the parking lot. It sounds like it could be awful, but it was incredibly well-executed. I won’t spoil too much, but the bit around the 7-minute mark is just genuinely great comedy.

Hisense probably isn’t big enough of a brand to start any trends across the industry, but this is the sort of stuff I personally wish we could see more of. It’s engaging for the press covering these events but also for the consumer who might actually be interested in the products being shown off. So kudos to you, Hisense USA, keep it up in the future.

Oh yeah, and the TVs themselves look pretty good, too. Hopefully we’ll have reviews in the not-too-distant future.