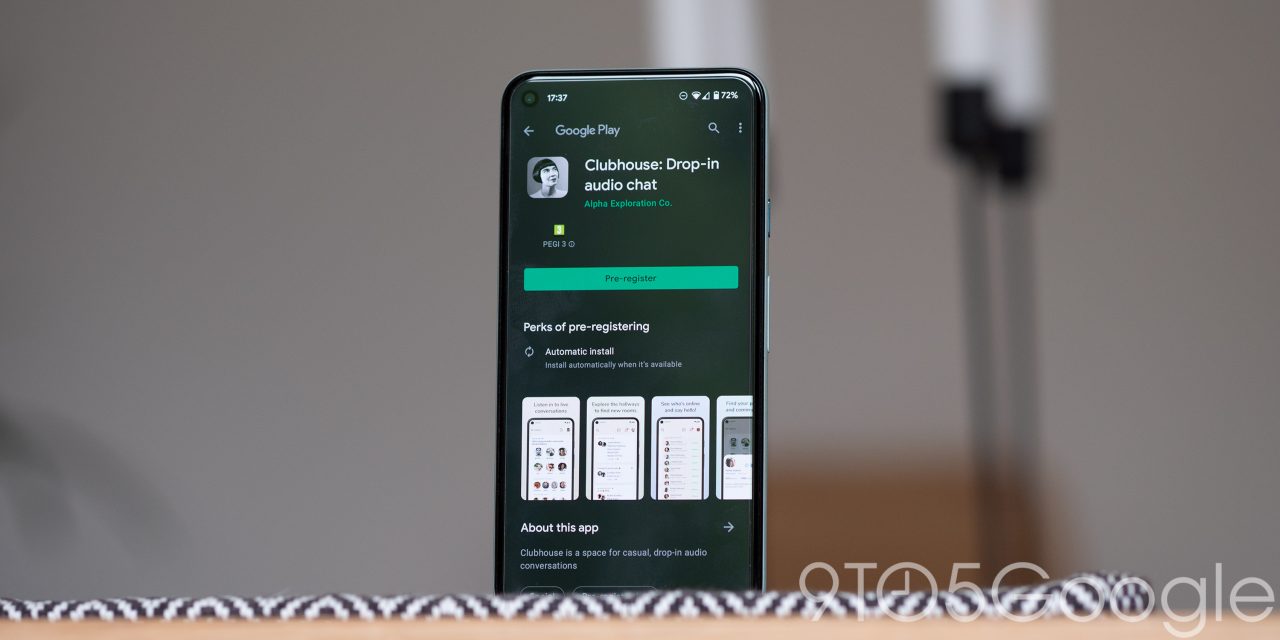 Clubhouse is now officially available in beta on Android, but for now, it remains US-only ahead of a wider global launch and release.

[Update 05/21]: Clubhouse is now available worldwide for Android users, you no longer need to pre-register to get the app working on your device. The app listing still says Clubhouse on Android is in Early Access or Beta but this may change over the coming days.

During one of the apps weekly “town hall” meetings – and subsequent blog post – the rollout was confirmed with some further information shared upon the global rollout of 2020’s breakout iOS app.

While we have seen almost every other large social media platform introduce Clubhouse-like drop-in-drop-out voice chat features, the app has been highly anticipated on Android – even despite recent falling download figures on iOS.

As we mentioned, Clubhouse on Android is arriving in beta in the US first. Further rollouts will commence in other English-speaking regions over the coming weeks. However, no nations were confirmed. It would be fairly safe to suggest that the UK, Australia, the Republic of Ireland, and New Zealand will be among the “English-speaking countries” suggested:

Today, we are thrilled to share that Clubhouse for Android will start rolling out in beta immediately. We will begin gradually, with the U.S. today, followed by other English-speaking countries and then the rest of the world.

This early US-only beta will be followed by a full stable Android release after the development team have collected “feedback from the community,” while features including “payments and club creation” will also be integrated before the wider release. No further information was shared on the timeline for the extra additions.

Android users in the US can download the Clubhouse beta over on the Google Play Store, while those in other regions will be able to pre-register to be alerted when it is available in your area.

Update: The US limitation can be overcome by sideloading the Clubhouse APK in regions where the app is not yet available. This will allow you to reserve your username and join the waitlist for an invite. Or, if you have an account already, you can sign in and enjoy some inane chat.