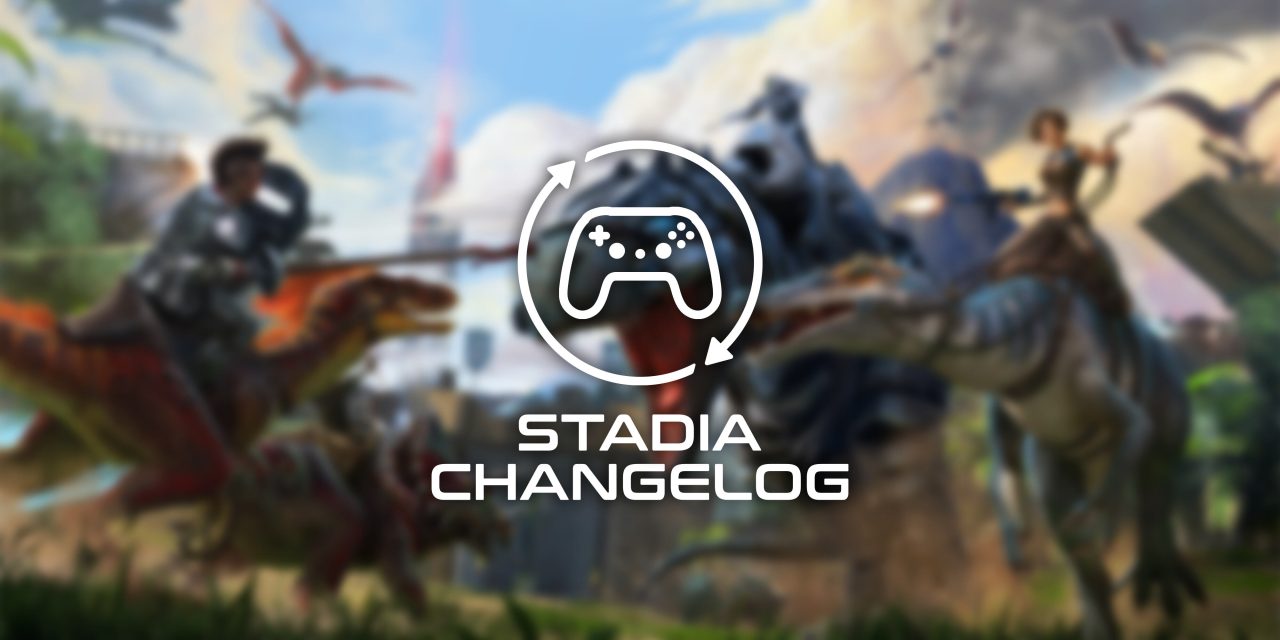 Google I/O came and went with only a passing mention of Stadia, but that doesn’t mean there wasn’t any news. Alongside some updates and new game announcements, ARK: Survival Evolved moved a bit closer to its release on Stadia this week.

No new games arrived in the Stadia store this week, a first for the platform in 2021. Still, as of this week, Google has added 47 games to Stadia in calendar year 2021, well on its way to the promise of at least 100 titles added this year.

The biggest news this week came from games coming to Stadia in the not-too-distant future. On the official side of things, FORECLOSED picked up a release date of August 12 and a teaser video on the Stadia YouTube channel. An article also spurred speculation that the next-gen title Lies of P would be coming to Stadia, but that has not been fully confirmed yet.

The more exciting side of this week came from the unofficial side of things. Moonlighter was rated for Stadia by the ERSB and Ice Age: Scrat’s Nutty Adventure passed through the same board this week too. Earlier on, over the weekend, Gigantosaurus The Game was also rated for Stadia.

ARK: Survival Evolved was the most notable game rated for Stadia this week. Google confirmed that Ark: Survival Evolved would be coming to Stadia in “early” 2021 as a Pro, but as June quickly approaches we’ve heard nothing official on how that promise is progressing. The game was spotted this week passing through the USK ratings board, which hints that a release is at least relatively close. Fingers crossed, I guess?

Destiny 2 will revive cross-play for a demo next week

Fans of Destiny 2 had a good time with the accidental addition of cross-play last week, but it’s gone now. Luckily, it will be coming back. The functionality will be back from May 25 to May 27, though without the ability to create custom fireteams.

From May 25 through May 27, a unique Vanguard Strikes Cross Play Beta playlist will be available to all players in Destiny 2. You’ll be matchmade with Guardians playing on PlayStation, Xbox, Steam and Stadia. As you fight through the enemy waves of Darkness, our teams will be scouring data and preforming a multitude of actions to test the integrity of our upcoming Cross Play system.

A special emblem will be given a reward to players who participate.

“The Three Brothers” expansion arrived for Outward this week. It’s available now for $19.99.

You will play an important role in the timeline of Aurai: Join the rebuilding efforts of old Sirocco refugee camp by providing the pitiable folks there a new place to call home, a new Sirocco.

Gods Will Fall “Valley of the Dormant Gods“

“Valley of the Dormant Gods” was released for Gods Will Fall earlier this week and costs $7.99 on the Stadia store. Along with three new gods, the expansion also delivers new weapon classes and more.

The gods’ rule has lasted for millennia. They demand to be worshipped and death awaits those who don’t submit to their will. Experience the trials of 8 warriors in their plight to sever the gods’ grip on humanity. Form your clan and take on legions of beasts in each of the gods’ realms. Succeed and see legends born. Fail, and lives turn to dust.

After debuting a major update on other platforms a couple of weeks ago, Embr has just brought its latest update to Google Stadia as of this week. The update adds new items, a totally revamped UI, and more. You can see all of the changes here.

Ahead of the film’s debut in July, the Marvel’s Avengers game is continuing its release of MCU-themed character costumes with the release of Natasha’s white costume, available now.

The popular Chrome extension Stadia Enhanced is getting, um, enhanced this week with a new update. Version 1.1.2 adds more stream information, a “Leaving Pro” store shortcut menu, and more. The full changelog can be found here.