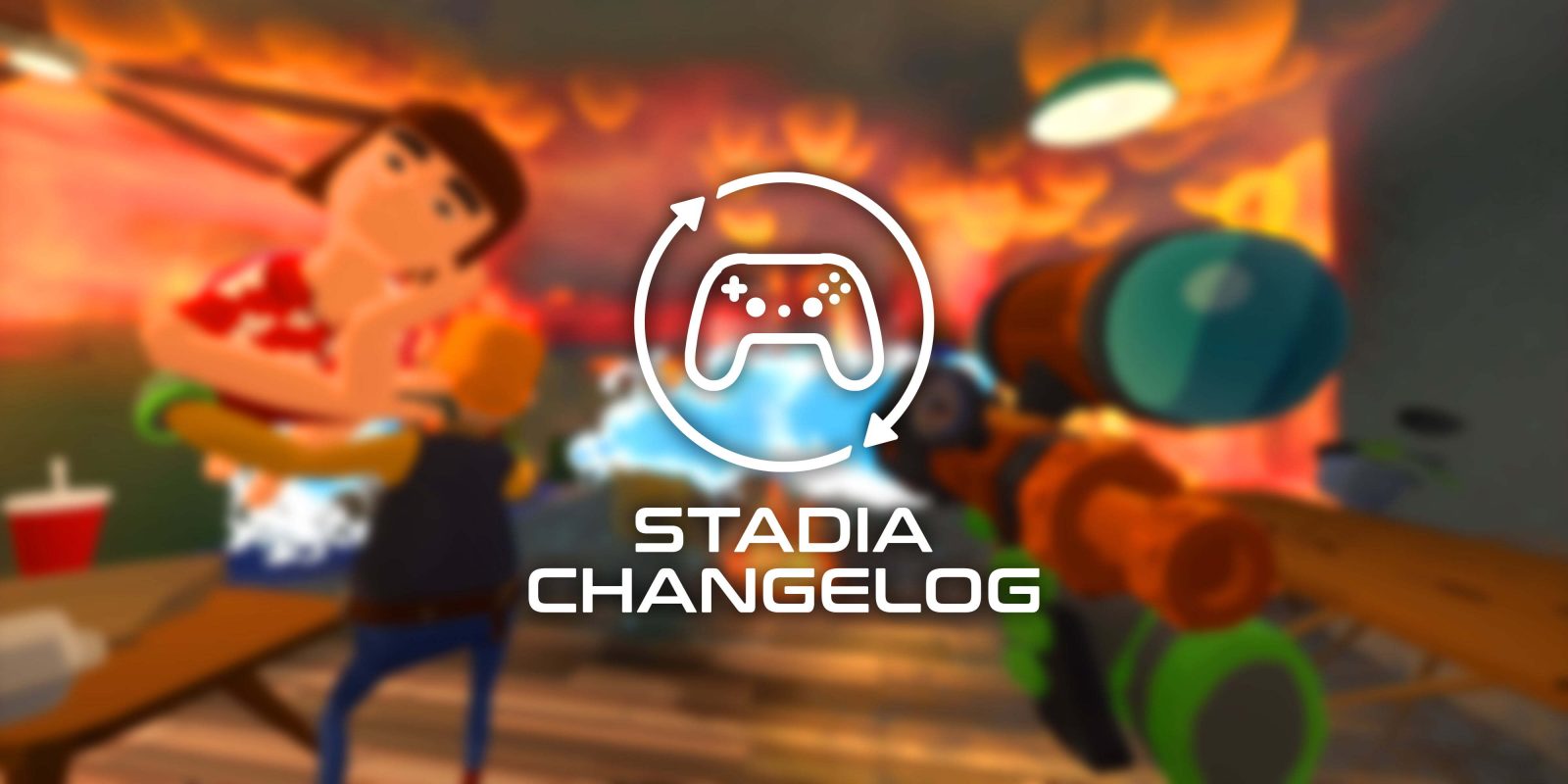 Closing out the month of April, Google Stadia had a relatively exciting week with a UI revamp, some notable game updates including the Embr Premium Update, and more, though only one new game arrived on the service.

Only one truly new game arrived on Google Stadia this week — Legend of Keepers: Career of a Dungeon Manager. The management-style game is described as “the perfect mix between Dungeon Management and Roguelite” and costs $19.99 on the Stadia Store.

As of this week, Google has added 44 games to Stadia in calendar year 2021, well on its way to the promise of at least 100 titles added this year.

The end of April means new games for Stadia Pro! Google announced three titles coming to Pro subscribers next week and teased that one more is coming next week.

A big expansion to one game on Stadia this week came from Dirt 5 that just released its “Year One Edition” onto the platform. The $79.99 bundle includes the “Year One Upgrade” that would cost players $39.99 otherwise.

Punch your ticket to a host of incredible DIRT 5 perks and content by upgrading to the Year 1 Edition, ensuring you have the keys to everything the boldest, bravest off-road racing game has to offer at launch, and are first in line for everything we create in Year 1!

Available on Stadia as one of the platform’s only early access titles, Embr is getting a “Premium Update” this week. The latest update brings with it a plethora of new cosmetic items, tool upgrades, and also a “new shiny UI” for the game. The Embr Premium Update is a free update, of course, but doesn’t appear to be live on Stadia yet. It should be coming within the next several days.

You can see a full changelog for the update here, but new items included are the Hazmat suit (helmet, suit, gloves, and pants), Jetpack Hose, Quantum Sprinkler, Jet Propulsion upgrade for the Axe, Skeletal Reanimation for the Healing Needle, and more. The Embr Premium Update also entirely revamps the store UI.

As noticed by our friends over at StadiaSource earlier this week, Square Enix appears to have permanently dropped the price of Marvel’s Avengers. The game now starts at $39.99, down from the previous $59.99. The price is mirrored on PlayStation as well and, in neither location is it marked as a sale.

Rolled out this week, Cyberpunk 2077 just got a new hotfix on Stadia at the same time as other platforms. Version 1.22 has a hefty changelog of bug fixes, but the one Stadia-specific change is that “it’s no longer possible to get soft locked in the key bindings menu if a keyboard is not available.”

Ubisoft has delayed the next title update for Watch Dogs: Legion. Announced on Twitter, the update is being pushed to May 4.

Ubisoft this week released a new title update to Assassin’s Creed Valhalla, v1.2.1. You can read the full changelog here, but the patch most notably includes support for the Wrath of the Druids expansion and adds three new skills: Cold Rage, Eye of the North, and Intense Rage.

Google announced a revamp to the Stadia UI that includes better family sharing controls and a native search bar (finally). On Reddit, the developers of the popular Stadia Enhanced extension confirmed they’re working on an update that will work with the UI revamp.

Following a “Game Jam” in March, Google has announced three new indie games that are being given the chance, funds and all, to become full games on Stadia. You can read the full post here, but the three games possibly coming include Bushido Bots, Fragments, and Battle Billiards.