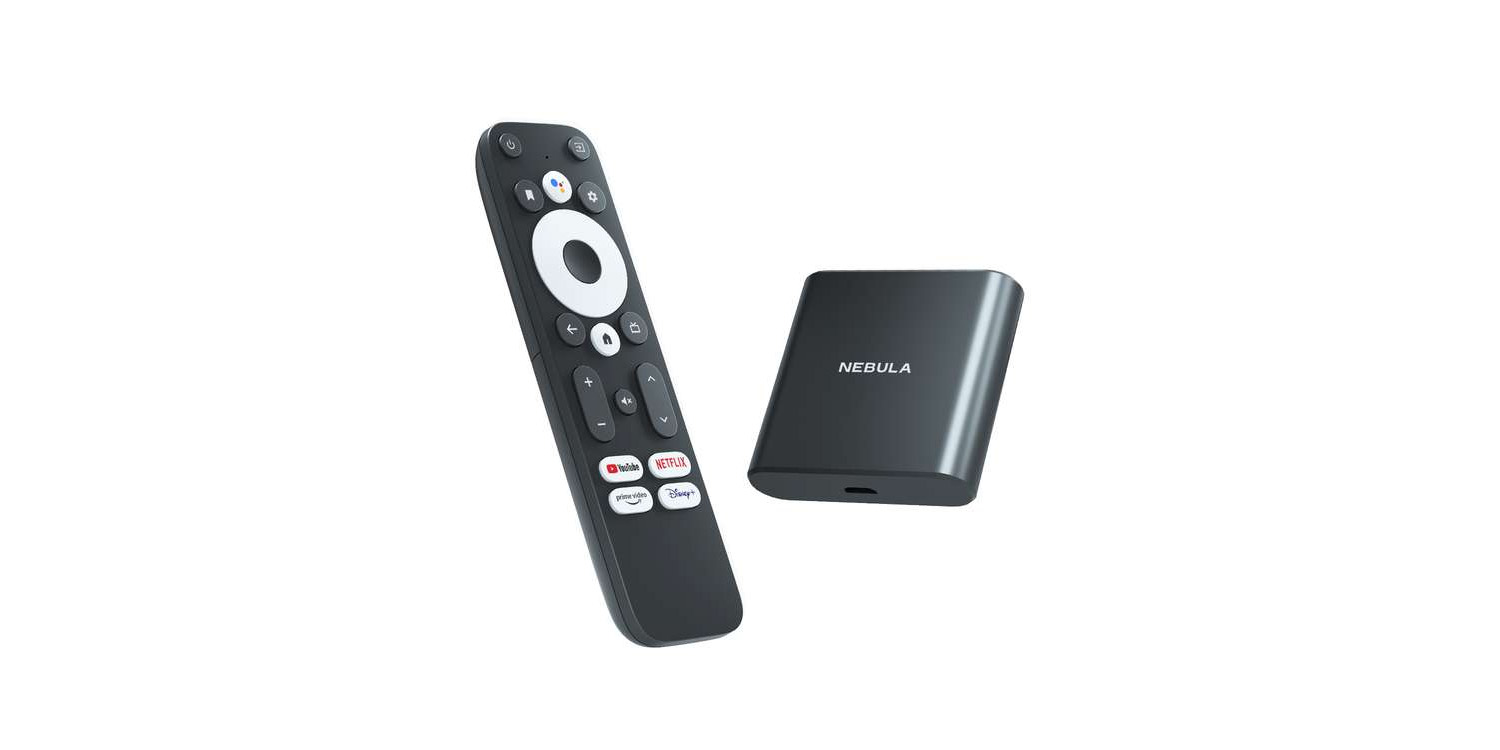 Anker’s Nebula brand makes some really good Android TV-powered projectors, but now the brand is expanding to a streaming dongle. Ahead of its release later this year, the company has shown off the design.

On its Japanese Twitter account, Anker Nebula announced the “Nebula 4K Streaming Dongle” would be arriving “around September.” The device ships with Android 10 and includes support for 4K output with Dolby Digital Plus. Output is, of course, over HDMI, and it appears power comes from a microUSB port.

As far as physical hardware goes, the dongle itself looks like it might be made from aluminum, but the image is a bit too blurry to tell for sure. As @AndroidTV_Rumor pointed out to us, the design is at least based on a reference design that Philips has used too. More notably, the device ships with one of the Google-designed remotes that are going to be commonplace on Android TV devices this year. Specifically, this is the G10 design, and it’s the first time we’re seeing it in its black color variant.

It’s unclear how widely this product will be sold, but it seems safe to assume at least Japan will see its release. Nebula sells its Android TV products in many other countries, including the US, so anything is possible for this dongle.